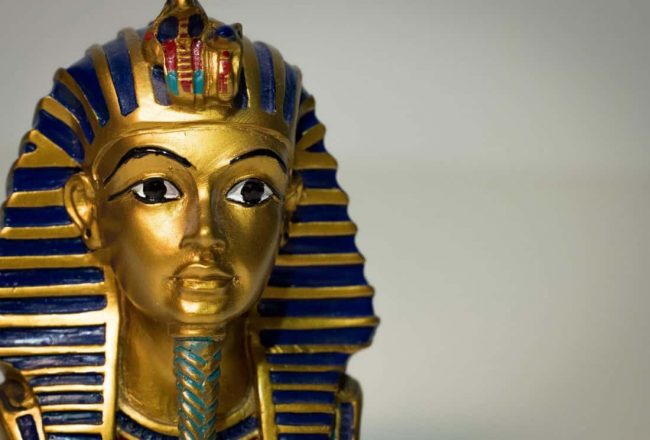 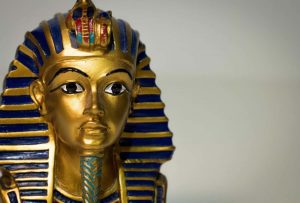 In the morning, his spirit was agitated, so he sent and summoned all the necromancers of Egypt and its wise men. Paroh related his dream to them, but none could interpret them for Paroh.[2]

The modern form of anti-Semitism is fueled to a large extent by a perception by non-Jews that they are dependent upon Jews. They find it intolerable that they need to receive from Jews, a small, insignificant people relative to them.

Ironically, they have this mostly wrong. There is a dependency at work, but it has nothing to do with receiving from Jews. They needn’t receive anything at all. Their dependency is in the course of history, which will never occur independently of the fortunes of the Jewish people. Indeed, their story line is written entirely in Jewish characters. When G-d decrees that Jewish fortunes are ascendant, then so are those of other nations. The same is true when Hashem decrees something different.

Before he even heard the interpretation of his dream, Paroh was agitated and overwrought. Why should he have reacted that way to a dream of fat cows and lean cows? There was room for curiosity, to be sure. Perhaps even concern. But agitation seems inappropriate.

“Paroh was dreaming, and he was standing over the river.”[3] In his dream, Paroh was not standing beside the river or near the river. He stood over, atop the river. It was the single part of his dream that he understood, and he was terrified by its significance. “The evil stand above their gods; Hashem, however, stands [protectively] over tzadikim, as it says,[4] ‘Hashem was standing over him.’”[5] Paroh realized that standing over the river meant that he had rejected his god. He had to hope that no one else caught wind of this. He did not divulge this detail to those who arrived to interpret his dream. Even to Yosef he subtly edited the story, and described himself standing beside the river, at its edge.

Yosef’s response to Paroh, however, took notice of Paroh’s apostasy. He emphasized,“It is G-d Who will respond with Paroh’s welfare.”[6] He told Paroh that it was entirely proper that he had let go of his baseless devotion to the Egyptian river god. That god would not help him. The real G-d, however, would help him understand his future.

Yosef was ecstatic. He realized that he had conveyed to Paroh and his court the reality of Hashem’s existence. Yosef understood the commonality of fate share by the nations and the Jews. If he had succeeded in substantially elevating the Egyptians, then the position of Klal Yisrael had also improved. Yosef began believing that he had succeeded in his personal mission of reclaiming souls from the world community, just as his brothers believed.[7] (Thus, “Yosef recognized his brothers,”[8] i.e., he recognized and agreed with the position they had held in the past.) The mandatory galus that had been foretold to Avraham had been fulfilled through his personal exile in Egypt; the rest of the family had been spared. Geulah was at hand.

Ironically, the rest of the shevatim reversed their original position as well. They had been reluctant to participate in the galus, hoping that Yosef would endure it on his own. They now capitulated, and understood that the entire family would have to enter into a state of galus! (Thus, “They did not recognize him,” i.e. they did not expect a Yosef who now thought that a larger galus could be avoided.)

As the shevatim began to accommodate themselves to the idea of a protracted exile, they had to think of taking up residence in a new country, away from the holiness of Eretz Yisrael. Regrettably, the importance and centrality of Israel began to lessen in their minds, as the reality of living elsewhere loomed larger. In the course of time, this diminution of importance became magnified in the minds of their descendents. The Torah makes note of it. As soon as Yosef sees his brothers, he accuses them of being spies – an allusion to the spies that their descendents would send into Canaan centuries later, who would undervalue the kedushah of the land. The consequences of the negative report that they brought back were sourced in this moment of the acceptance of the Egyptian galus by the brothers.

The counterforce to diminishing the centrality of Eretz Yisrael was Binyamin – the only brother who was born there. For this reason, Yosef examined the relationship of the shevatim with him. He was pleased that they resisted dragging Binyamin into the exile, and tried to keep him in Eretz Yisrael. Yosef pushed further when he framed Binyamin for the theft of his goblet. He wished to see if the connection between the brothers and Binyamin – the crucial link to get them back to Israel – was deep and strong.

When he convinced himself that it was, the rest of the story could proceed.