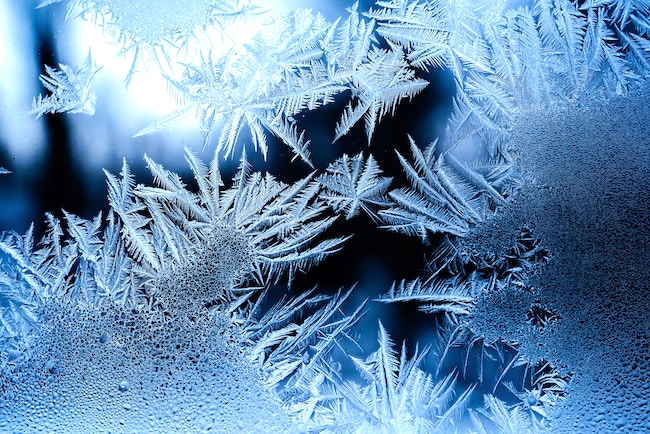 It Doesn’t Freeze Over. It Disappears 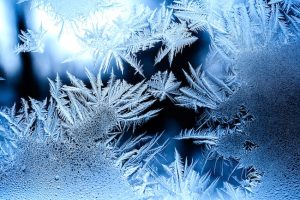 See, I give before you today a blessing and a curse.[2]

When we think of blessings, we can easily imagine lots of tangibles that can be “given”[3] to us. But what is “given” to us by a curse? Don’t curses usually imply taking away, rather than giving something?

Chazal inform us of a choice given to Avraham. How would Hashem deal with anticipated future failures of the Jewish people? Should it be with gehinom, or with oppression by the nations that would rise up against us? Avraham opted for the latter. It seemed like an obvious choice. The oppression during our exile deals with the physical, which is not eternal. Gehinom is a spiritual entity, and thus not limited by time. Conceivably, it would have no expiration date. Avraham went for the short-term difficulty.

This explains Yaakov’s reaction to the news that Yosef had apparently died: “I will go down to gehinom mourning for my son.”[4] He invoked gehinom because he thought that Avraham’s deal had fallen through. The oppression by the nations is not some vindictive punishment, chas v’shalom. It is meant to refine and purify Klal Yisrael, to ensure that it can achieve the kedushah necessary to complete its mission. When it would become necessary to resort to it, all of Klal Yisrael would need its effects.

When Yosef was apparently lost, Yaakov became distraught. If Yosef was missing, then the effects of shibud malchiyos could not be applied to all of the original Jewish people. Moreover, Yosef’s role was even more prominent than that of his brothers. It was his job to be the provider to the rest of the nation. He would also be the one to gather in those who had become estranged, to reintroduce the sparks of kedushah lost in the course of time. (Indeed, this is one of the functions of galus. As the gemara says, the widespread dispersion of the Jews throughout the Diaspora serves to attract converts to the Jewish people.) If Yosef was lost, then the future oppression by the nations could not produce its desired effect upon the entire Jewish people. This could only mean that shibud malchiyos was off the table as the educative resource of choice. It follows that it had been replace by gehinom – for all sinners of the future!

Yaakov’s concerns were ill-founded. Gehinon will be destroyed, Chazal tell us, but Jewish sinners will not![5] Gehinom does not exist forever. Even the seemingly unworthy Jewish sinner outlasts it.

How did this happen? Our national acceptance of the Torah was so powerful, that it could even restructure the apparent eternity of gehinom, changing it into something temporary and ephemeral.

If Klal Yisrael earned the ability to change what could have been the timelessness of a spiritual gehinom into something limited, then it can do the reverse as well. It can take the limitation of this world, and turn it into something timeless and eternal. The New World that will come into being one day will indeed be an eternal one. Unlike original Creation, in which Man played no role, the New Creation will enjoy the contribution of the Torah that was upheld by the Jewish people. Its creative power will be revealed. (This is the sense of the enigmatic phraseology in the Creation story: “On it [Shabbos] He abstained from all His work which G-d created to make.”[6] The world was created deficient and time-bound. But Hashem created within it the capacity to make it into something permanent and eternal – namely, the capacity of Klal Yisrael to transform the limited into the limitless through their Torah.)

Now we can understand how a curse can be “given” to us as a reward for observing the Torah. Curses that seem rooted in the world of the spirit – like gehinom – would seem to be eternal. In fact, they are “given” into the hands of Klal Yisrael, which is able to drain their strength, and leave them weak and fleeting.

Our parshah fleshes out its opening beracha. “When Hashem your G-d brings you to the Land to which you come…then you shall deliver the blessing on Har Gerizim, and the curse on Har Eval.”[7] Our capacity to turn the transitory into the eternal is linked to the special nature and capacity of the Land. People wonder at times why the Torah makes no reference to the eternity of olam habo. This is an error. It does. By promising us a land in which we can turn the evanescent and deficient into the timeless, the Torah speaks to us about the eternity – one that we can participate in even as we live our lives in this world.

This, too, is the meaning of the gemara[8] that pledges that whoever delights in the Shabbos is given a heritage without limits. Observing Shabbos brings eternity into the world, fulfilling the Torah’s description as Hashem creating a world “to make,” i.e. a world in which its inhabitants who would live by His word would be able to continue to make things of supernal worth.