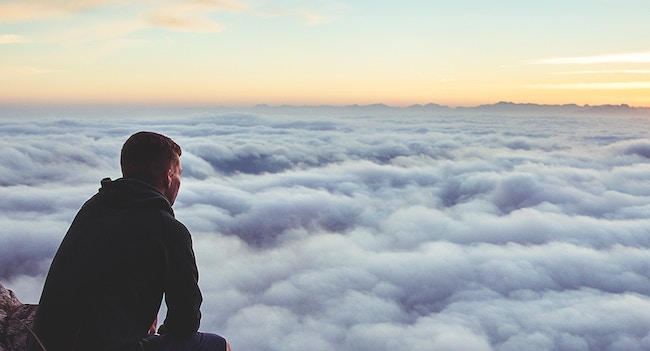 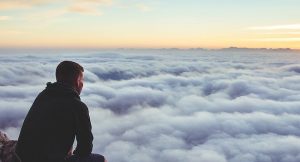 Longing and yearning are unrecognized essentials of life. Few pleasures compare to the sweetness of a longing derived from desire that is pure and holy.

Longing is often a consequence of distance. We yearn for something we want, from which we are separated, or find beyond our immediate grasp. The neshamah descends to this world so that it can experience this yearning from the pure source from which it came.

We understand that our experience with yearning can be painful, not pleasurable. This happens, however, because our desires are not for absolute purity. They have become cheapened and sullied, and incorporate elements of lust. The neshamah, however, does not know of such things. The objects of its desire remain pure and holy. Longing for them is intense and a source of pleasure.

We also understand that in an absolute sense, Hashem does not and cannot “need” anything. He is perfect, and all perfection is within Him. Yet we also know that the source of anything that we find within ourselves has to be something within Him. If longing and yearning are so important, there must be something that, kivayachol, exists within Him that parallels it.

All of this is true for all people other than a single exception. For Moshe, all of Torah was new, and part of a creative process. Even the Written Torah became part of our world only when it was communicated (orally, at that) to Moshe. Thus, we could see Hashem’s own “longing” at work in His giving the Torah to Moshe. All that needed to be created through the Torah of Klal Yisrael depended on Moshe receiving that Torah from Him; He “longed” for that creation.

This, then, explains Chazal’s grasp of the “calling” to Moshe that provided the name for the third Chumash. This calling, they say[2], was not an isolated event. Rather, it preceded every speech, every saying, every commandment to Moshe. The “calling” was an expression of affection. In other words, it manifested the “longing” Hashem had for the power of those revealed words to ultimately create what had not yet come into being.

Chazal continue to describe the “calling” of Vayikra. They tell us that we should not make the mistake of thinking that this expression of affection preceded not only the words revealed to Moshe, but introduced as well the pauses between sections that are apparent from the breaks in the text. Those breaks provided an opportunity for reflection. They allowed Klal Yisrael to ponder the words that had they had just been given, and find new insight into them. In other words, those breaks supported a process of Torah she-b’al peh learning by Klal Yisrael. That Torah she-b’al peh would also create what needed to be created. The very opportunity to pause and reflect was a manifestation of Hashem’s longing for their Torah.

The “calling,” then, was appropriate to both the written text, and to the breaks between sections. If it would have accompanied both, however, it would have suggested that there was room for extra affection beyond the actual existence of this Torah she-b’al peh process – and that was not the case. The calling was therefore restricted to the sections of written text.

Had Klal Yisrael not sinned with the Eigel, they would have still received a mishkan. That mishkan, however, would have been created simply through their words of Torah. Hashem would have taken those words and turned them from Above into the structure of the mishkan. After the sin, they needed to fashion the mishkan with their own hands.

What replaced the power of “longing” for the uncreated that would have powered the transformation before the Golden Calf? The sin itself opened up a chasm between Hashem and His people. He “yearned” for its closure, i.e. for their doing teshuvah. A midrash[3] describes Moshe’s unhappiness with the building of the mishkan, since he had been left out of the appeal to the people for materials for its construction. Hashem reassured him. “By your life! Your speech is cherished by Me.” In other words, Klal Yisrael after the Eigel had need to provide materials for the mishkan, and to fashion them into the Tabernacle and its appurtenances. Moshe, however, was one up on them. His words, through which Hashem communicated the Written Torah, retained the power to create anew, and were deeply cherished by Him.