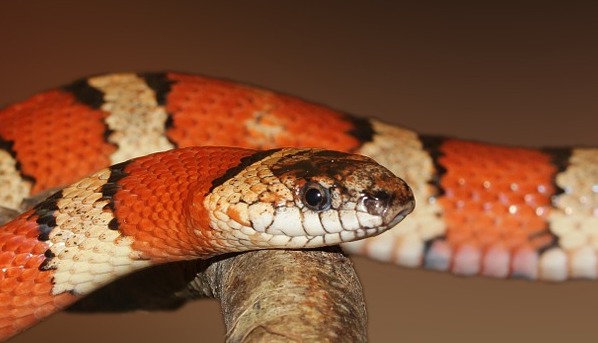 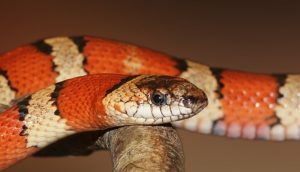 Hashem released upon the people fiery snakes, and they bit the people…Hashem said to Moshe, Make yourself a saraf, and place it on a pole…Moshe made a snake of copper and placed it on the pole.[2]

Rashi sees “fiery” as nothing more than a modifier of “snakes.” In other words, the Torah speaks of plural members of a single variety of snake. This snake happened to be dangerous, because the venom of its mouth would burn its victims.

This does not comport with the simple reading of the pesukim. The giveaway is the difference between what Hashem told Moshe to do, and what he actually did. He was told to mount a saraf (from the word “burn”) on a pole. Instead, he made a nachash/snake. The simple meaning is that these were two different creatures!

Rather, the fiery snakes mean different varieties of snakes, not just multiple members of a single kind. They were fiery in general, but one kind was particularly so, and it was called a saraf. The general kind was set upon the population for having spoken evilly of Hashem by complaining about the mohn. The kind known as saraf was included for their slighting of Moshe. (Chazal pick up on this, when they caution against disrespect for talmidei chachamim, “whose hiss is the hiss of a saraf.”[3] They deliberately use saraf rather than nachash.)

The people come to Moshe, and ask for his intervention. They admit that they have “spoken against Hashem, and against you,” and ask that he pray on their behalf to remove the nachash. They address their sin against G-d, figuring that if Hashem will pardon that, the lesser crime against Moshe will certainly be pardoned.

That, however, was not the way Hashem saw it. He tells Moshe to specifically use an image of the saraf, following the principle Chazal tell us that a person should “adorn himself before he adorns others.”[4] Before asking Moshe to daven for them, they needed to rectify their own wrongdoings towards him! Hashem implies that when they would do that, then He would forgive their sin against Him.

Moshe understood – so he immediately completely forgave the Bnei Yisrael for their murmurings against himself. What he placed on the pole was a nachash, defending Hashem’s honor rather than his own, and reminding the people that they should never again slight the Shechinah! He made this unambiguous, by using copper/nechoshes, whose very name would point to the snakes, rather than the saraf.

Rashi tells us that any reference to a “fence” can be assumed to refer to one made of stone. It is not clear to me why he assumes that it was a stone fence, rather than a wooden one.

I found an answer in the Tzioni.[6] Following the position of the kabbalists that gilgul/reincarnation occurs for evil people, and not just for good ones, he opines that Bilam was none other than Lavan, returning in a different gilgul. When Lavan and Yaakov parted company, they set up a mound of stones, and a marker. That marker served as testimony to their mutual pledge of non-aggression. Lavan guaranteed that he would not cross that marker to harm Yaakov.[7] Bilam now found himself travelling for the very purpose of harming Yaakov’s descendants. The stone mound and marker was the fence of our pasuk,[8] in the manner of “The hand of the witnesses shall be first upon him.”[9] Those stones punished his broken pledge by crushing his leg.

A later pasuk alludes to the connection between Bilam and Lavan. “I received to bless. He has blessed; I will not undermine it.”[10] Not only had Bilam recently received instruction from Hashem to bless the Bnei Yisrael. He had received the idea in his heart and mind long before, when “He kissed his sons and daughters, and blessed them.”[11] Having once blessed them as Lavan, it was impossible to now curse them as Bilam.