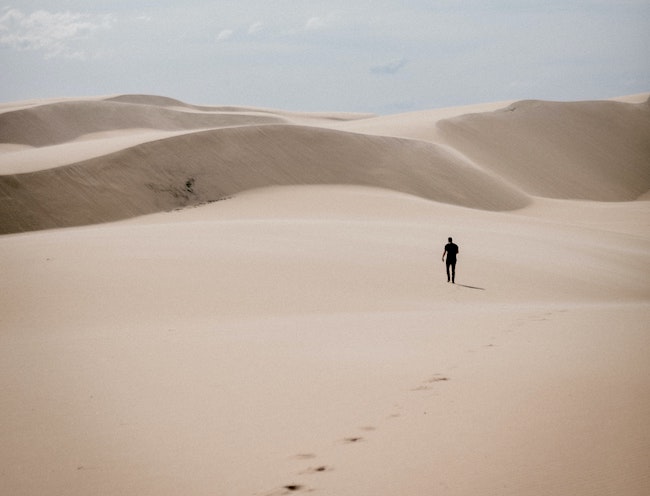 The Benefits of Being Separate 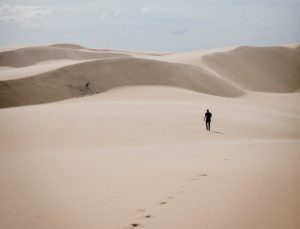 Our reading this week begins, “And G-d said to Avram, go for yourself, from your land, and from your birthplace, and from the house of your father, to the land that I will show you” [Gen. 12:1]

Rav Shamson Raphael Hirsch explains that this is in no way repetitive. Each phrase builds further upon the theme of separation, of Avram going his own way.

This is found first in the phrase “go for yourself.” Throughout the Tanach (Bible), adding a pronoun to “he went” indicates separation, more than simply traveling. The intonation of the reading of this phrase separates it even from the phrase to follow—first and foremost, the message to Avram is to separate, and then the verse explains what he must leave behind.

“From your land,” in the verse, means from Avram’s country, the culture, language, and nationality with which he was familiar. “From your birthplace” means from his home town, the place where he grew to adulthood, the place where he knew every street corner, and where he had acquired his reputation as a leader. And “from the house of your father” means from the support of his family and the stability of home. Avram was told to leave all of this behind, to truly start a new life.

And Rashi, Rabbi Shlomo Yitzhaki, says that all of this separation, losing attachment to everything Avram grew up with, was “for yourself,” meaning for Avram’s benefit. He would, in the end, gain much more than he lost.

For all of history, Avraham and his children, the Hebrews, have remained separate, those targeted by others. Samuel Clemens (Mark Twain) and Theodore Herzl both saw this during the turmoil in what was then the Austro-Hungarian empire: the only thing the various warring parties, over a dozen in all, seemed to agree upon was that the Jews were not with them, and thus the Jews bore the brunt of every new battle and capture of territory.

Little has changed. Today, white supremacists call the Jews “International Enemy #1” even while ethnic minorities deride the Jews for their “white privilege.” However a hater describes him or herself, the Jews are on the other side.

And yet Rashi says that it is “for your benefit.” How does this make sense? Remember the adage that you can learn a lot about a person from his friends, and also from his enemies.

Think about those who hate Jews: warriors, barbarians, the cruel. These are not good people—the benefits of being separate from those who hate are not “merely” spiritual. Being separate means living a kinder, gentler, more worthwhile life in this world, as well. Thus with all the troubles we face, we are better off being on the other side, in the company of those who seek goodness in the world.