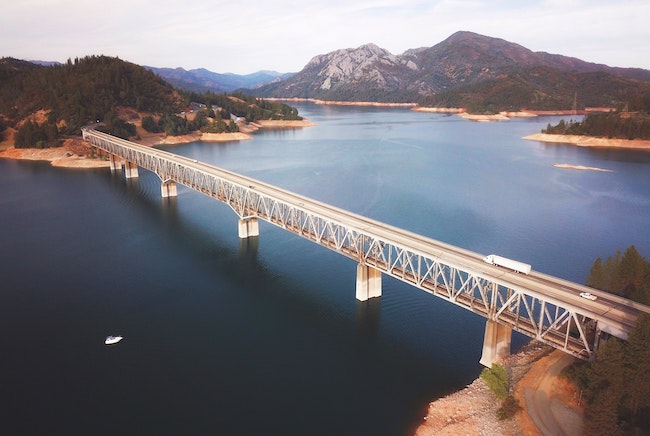 Crossing Holiness to the Other Side of the River 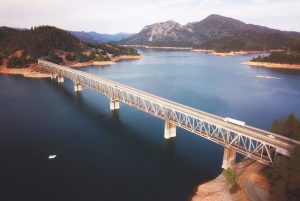 This week’s parshiyos, Matos-Masay, conclude the sefer of Bamidbar. There are numerous episodes here which reveal to us the power of our words. The first parsha, Matos, begins with the laws of nedarim – oaths. “Kechol hayotzay mipiv ya’aseh“, all that comes out from his mouth he must do (30:3).

A person pronounces something as being forbidden and it becomes forbidden as a law of the Torah! It assumes the same severity as eating a Big Mac! We all grew up with ‘sticks and stones will break my bones but names will never harm me’. However, in the spiritual realm wherein we exist (which is clouded by the seeming reality of the physical), the ‘ruchni’ (spiritual) words have more power than the physical actions. Our words create a spiritual reality that partaking of something that we have pronounced forbidden is spiritually harmful and dangerous.

He explains that we are misled by that which we see or do not see. If the battle had been won without the ‘daveners’ being present, even with the fighters being tremendous tzadikim, there would have been an erroneous feeling of ‘our power has won the battle’. In order for them to clearly realize that the tfilah was the only factor contributing to their victory, they needed to see the tfilah taking place. The equal amount of daveners were winning the battle! “The voice is the voice of Yaakov and the hands are the hands of Esav (Breishis 27:22).” Our battles are won with our mouths, our tfilah, our connection to Hashem. Only in that way can any battle be won.

In the account of the battle, the Torah states that Bilaam was killed with a sword (31:8). Rashi explains that Bilaam had tried to use our weaponry, he tried to verbally cause us harm through his curses. It was therefore fitting that his death would come about through our use of his weaponry. The Torah therefore stressed that he was killed with a sword.

Our struggle against the nations (and our internal struggle to be properly fulfilling our roles here in this world) is a struggle of the words versus the sword. Are we placing our trust in our hands, our own abilities and strengths, or are we cognizant of the fact that all of our successes and our ultimate redemption is solely based on the will of Hashem, predicated on our relationship with Him?

The potency of our words is illustrated by a gemara in Kiddushun (29:). What should be done in a situation where there are limited funds available, only allowing either the father or the son to pursue full time Torah study? The first opinion states that the father takes precedence – he should go and learn. Rav Yehuda argues and states the opinion that if the son is eager, successful and retains that which he learns, he takes priority over the father.

The gemara then relates an incident that Rav Acha sent his son Rav Yaakov to study at Abaye’s yeshiva. Upon a visit home, Rav Acha saw that his son’s learning wasn’t as sharp as it should have been. Rav Acha therefore decided to leave Rav Yaakov at home and he would go learn instead.

When Abaye heard that Rav Acha was coming, he recognized a unique opportunity. There was a demon in the Beis Medrash of Abaye which was so dangerous, it would harm even two students while studying together in broad daylight. “No one may offer Rav Acha lodging!”, announced Abaye. This would force Rav Acha to sleep in the Beis Medrash and encounter the demon. The gemara explains that Abaye’s thinking was that perhaps a miracle would happen and Rav Acha would kill this demon.

Rav Acha came to the town and, faced with ‘no vacancy’ signs all around, was forced to sleep in the beis medrash. The demon attacked him, appearing as a seven headed serpent. With every bow of Rav Acha’s prayer, one of the serpent’s heads fell off until the demon /serpent had been killed.

“If not for a miracle, I’d have been in serious danger”, was how Rav Acha recounted the ‘hospitality’ of the town.

He answers, very simply, that Abaye knew that Rav Acha’s prayer would kill this demon. That was not a miracle! “The voice is the voice of Yaakov and the hands are the hands of Esav!” The same way that a professional boxer winning a bout against my three year old daughter would never be described as a miracle, so too, a Jew on the level of Rav Acha killing a demon with his prayer was a very natural act!

Abaye’s thinking was that, perhaps, before Rav Acha would even begin to pray, Hashem would, in the merit of Rav Acha, kill this demon. That would be a miracle and, in fact, would have detracted from his merits. That was a chance that Abaye felt was worth taking in order to rid the town of this demonic danger.

Rav Acha, in his modesty, didn’t want to attribute the demon’s death to his prayer, and therefore attributed it to a miracle. However, in fact, the death of the demon was the natural result of the Rav Acha’s ‘KO’ prayer.

The second parsha we read this week, Parshas Masay, recounts the 42 travels we made through the desert on our way to Eretz Yisroel. Only through the travels and travails of the wilderness did we reach the necessary level to enter Eretz Yisroel. This needs to serve as a reminder to us when we face the inevitable travels and travails of our own personal lives. Every instance of resistance allows us to build ourselves in a way that otherwise would not have been possible.

May we utilize the myriad opportunities that we all encounter throughout our lives, particularly using our unique power of speech to connect to our Creator and to properly connect to each other. Chazak chazak v’nischazeik!