A Hint of Days to Come 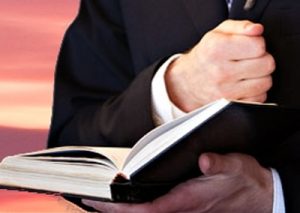 R’ Moshe Yehoshua Hager z”l (1916-2012; Vizhnitzer Rebbe) writes: With the month of Tammuz waning, the High Holidays are rapidly approaching. Indeed, “Tammuz” (Tav-Mem-Vav-Zayin) can be seen as an acronym of the Hebrew phrase, “Z’manei Teshuvah Me’mashmishin U’va’in” / “The times for repentance are coming closer and closer.” Therefore, now is the time to examine one’s actions, cease any bad deeds, and increase one’s good deeds.

The Vizhnitzer Rebbe continues: This is alluded to in our Parashah, in the verse (28:3), “And you shall say to them, ‘This is the fire-offering that you are to offer to Hashem–male lambs in their first year, unblemished, two a day, as a continual elevation offering.” The Gematria of the Hebrew words “Ve’amarta La’hem” / “And you shall say to them” equals the Gematria of “Atah” (Ayin-Tav-Heh) plus 248. Midrash Bereishit Rabbah says that the word “Atah” alludes to Teshuvah. [An explanation of this connection is beyond the scope of this space.] Thus, the verse is exhorting us to repent now in order to “repair” all 248 of our limbs. This Teshuvah should be done with Simchah / joy, out of both Yir’ah / fear or awe and Ahavah / love for Hashem. Indeed, the Hebrew word “Ha’isheh” (Heh-Aleph-Shin-Heh) / “the fire-offering” has the same Gematria as the initials of Simchah, Yir’ah, and Ahavah.

The Vizhnitzer Rebbe concludes: Know that repenting completely requires setting aside time to examine one’s deeds. Otherwise, one cannot know for what to repent. Also, one must study works that teach Yir’ah in order to understand why one is in this world and to learn how to perfect his soul. (Yeshuot Moshe)

Midrash Bemidbar Rabbah states: “Justice requires that Pinchas receive his reward.” [Until here from the Midrash]

R’ Shalom Mordechai Schwadron z”l (1835-1911; a leading Halachic authority in Galicia) writes: R’ Yosef Albo z”l (Spain; 1380-1444) teaches that when Hashem judges man’s sins, He judges based on man’s level, as if to say, “What more could one expect from a lowly human?” In contrast, when He weighs man’s good deeds, He does so from His own perspective, as if to say, “Look how man did the Will of the King of Kings!”

In light of this, writes R’ Schwadron, we can understand the above Midrash as follows: “Justice requires that Pinchas receive his reward,” i.e., Strict Justice would dictate that man be rewarded only on his own level. But, due to My Kindness, I reward man with eternal reward, a reward on My level. (Techelet Mordechai)

R’ Eliezer Papo z”l (1785-1827; rabbi in Sarajevo, best known as author of Pele Yo’etz) explains the above Midrash as follows: We read (Devarim 6:25), “And it will be a Tzedakah for us if we are careful to perform this entire commandment before Hashem, our Elokim, as He commanded us.” R’ Moshe ben Nachman z”l (Ramban; 1194-1270; Spain and Eretz Yisrael) explains that all reward we receive for our Mitzvot is “Tzedakah” / “charity,” for we are Hashem’s servants and we are obligated to serve Him, whether or not He would reward us. However, writes R’ Papo, that is true only when we are doing only what we are commanded, as the quoted verse says: “As He commanded us.” When Pinchas risked his life to save Bnei Yisrael from annihilation, he went well beyond what he was commanded to do. Therefore, “Justice requires that Pinchas receive his reward.” (Elef Ha’magen)

“Hashem said to Moshe, ‘Go up to this mountain of Avarim and see the Land that I have given to Bnei Yisrael. You shall see it and you shall be gathered to your people . . .’ Moshe spoke to Hashem, to say. ‘May Hashem, Elokim of the spirits of all flesh, appoint a man over the assembly!’” (27:12-16)

R’ Chaim Zaichyk z”l (1906-1989; Rosh Yeshiva of Yeshivat Bet Yosef-Novardok in Buchach, Poland; later in Israel) writes: What would most people do upon receiving the news that Moshe received here? Most people would first lose their composure, then they would plead with Hashem to change the decree. What was Moshe Rabbeinu’s first thought? The well-being of Bnei Yisrael. (Ohr Chadash)

R’ Reuven Katz z”l (Prague; died 1673) writes: These verses allude to our tradition that no one is appointed as a leader of a congregation before he is so designated in Heaven. First, “Moshe spoke to Hashem, to say [in Heaven]” and only then, “May Hashem, Elokim . . . appoint a man over the assembly.” (Yalkut Reuveni)

Midrash Yalkut Shimoni comments on the verse (Hoshea 11:1): “For Yisrael is a lad, and I loved him” — Moshe said to Yehoshua: “This people that I am turning over to you are still kid goats. They are still infants, and you should not be too exacting with them, for even their Master is not exacting about their misdeeds. At the Yam Suf, they rebelled, and the angels said, ‘They are rebelling, and You are silent?!’ Hashem replied, ‘They are but youth, and one cannot be too exacting with youth. Just as a baby is born dirty and is washed off, so it is with Yisrael’.” [Until here from the Midrash]

R’ Yerachmiel Shulman z”l Hy”d (Menahel Ruchani of the Bet Yosef-Novardok Yeshiva in Pinsk, Poland; killed in the Holocaust) writes: Our Sages refer to the Generation of the Desert as the “Dor De’ah” / “Generation of Discernment.” Nevertheless, Hashem judged them as if they were youth, whose ability to discern right from wrong is limited. In this vein, our Sages say, “A person cannot fully grasp what his teacher of Torah is imparting until 40 years have passed.” Hashem tolerated Bnei Yisrael’s misdeeds, because the Torah had not yet “settled in” and become a part of their reality; they were but “youth” when it came to living a Torah life in day-to-day practice.

R’ Shulman continues: A parent’s love for his child enables him to tolerate the hard work of raising that child. We read (Kohelet 3:11), “He has also put an Olam / enigma into their minds so that man cannot comprehend what Elokim has done from beginning to end.” The word “Olam” can be read “Elem” / “youth.” Hashem put the youth into their minds (and hearts) — He caused parents to love their children so they will tolerate their mistakes.

This, concludes R’ Shulman, is what Moshe told Yehoshua: Emulate Hashem’s ways! When a wise person behaves in a way that is beneath him, think of him as a youth; then, you will be able to tolerate him and lead him gently. (Peninei Ha’shlaimut: Sha’ar Ha’savlanut 1:4)

R’ Shimshon Dovid Pincus z”l (rabbi of Ofakim, Israel; died 2001) writes: “Ne’akah” is a moan, as in the verse (Shmot 2:24, regarding Bnei Yisrael who were enslaved in Egypt), “Elokim heard their moaning . . .” At first glance, Ne’akah is not a form of prayer; it is a natural response to hurt. Nevertheless, a person can direct his Ne’akah toward Hashem, like someone who shares his pain with a friend.

R’ Pincus continues: Hashem implanted in nature that one who is suffering will moan or cry out, often involuntarily. Looking at it more deeply, a person reacts this way because subconsciously, if not consciously, he knows that there is Someone who can hear and help him. Thus, every moan is, in fact, a prayer. All a person needs to do is to be conscious of this fact.

It is told that when R’ Baruch Ber Lebowitz z”l (1862-1939; Rosh Yeshiva in Slabodka and Kamenitz) was a child, his father spanked him, causing him to cry. Immediately, the young Baruch Ber took a Siddur and began reciting Mincha. His father asked him why he was praying just then, and he replied, “If I am already crying, I may as well use these tears for praying.” Many times, writes R’ Pincus, we hear some tragic news that causes tears to well up in our eyes. A thinking person will seize that moment and turn that emotion into a prayer.

(In a footnote, R’ Pincus adds: One can similarly turn many everyday deeds into Mitzvot. For example, most people need to work for a living. One can look at his work in a self-centered way–“I am taking care of myself”– or, in many cases, one can view his work as an act of Chessed / kindness. If one is a storekeeper or a service provider, for example, his attitude can be: “I am spending my day serving others. Thank G-d, I am earning a living at the same time!”) (She’arim B’tefilah p.44)