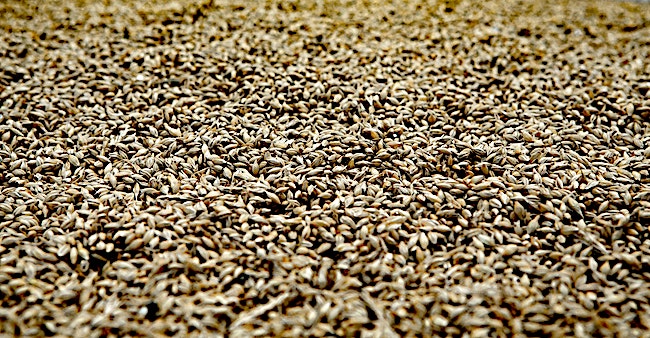 Storehouse of the King 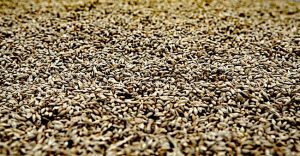 The parsha begins, “And it was, mekaytz, at the end of two years, and Paroah dreamt”. The medrash says, “kaytz, an end limit, was set for the darkness, an end limit was set for Yosef’s imprisonment. Once that time was reached, Paroah had his dream.” The Beis Halevi explains that the medrash is teaching us a very powerful message in viewing life’s events. We would superficially understand the cause and effect of the parsha’s events as follows. Paroah’s dream, was the cause of Yosef being released from the prison. The same way that we would view a person who made a certain investment. If that investment would prove to be lucrative, we would say that the investment was the cause of his wealth.

The Beis Halevi explains that this medrash is teaching us the correct perspective. There was a set time, two additional years, that Yosef was meant to be in prison. The cause of his release was that time having been reached. This cause triggered that min hashamayim, from the heavens, something had to happen to bring about that release. The result of this cause was Paroah’s dream. “An end limit was set for Yosef’s imprisonment. Once that time was reached, Paroah had his dream.” The dream didn’t cause the release It was rather the release caused the dream. The investment didn’t cause the wealth. Min hashamayim the time had come for him to become wealthy. He, therefore, made that investment.

People go through so much anguish in life deeply regretting moves they failed to make. They often think to themselves that had they only made that investment, that decision, that phone call, their lives would have been so different. It is true that one event can have a tremendous influence on our life. However, we must recognize what really determines our fate is not our decisions. Chazal Say”Hakol beyday shamayim chutz mi’yiras shamayim”. All is in the hands of heaven besides our spiritual stature. That investment could have greatly altered our financial standing. However, it would not have been the cause of our wealth. It would have been the result of a min hashamayim directive that this it is now in this person’s best interest to become wealthy. Although it is beyond us to determine and fully fathom those directives, we do know that those ‘little decisions’ that we’ve discussed earlier, do affect those directives. The fact that at times we don’t see the good in what’s happening, in no way indicates that it isn’t really good.

The Chofetz Chaim gives a beautiful mashal to illustrate this point. A person went to a train station for his first time. He heard a whistle blow and saw people hurry to the train. A short while later he heard a second whistle and saw additional people make their way onto the train. At the sound of the third whistle, the train started to roll. He was amazed by the power wielded by this whistle blower and sought him out. When he found him, he started to ask him questions about the running of the station, the scheduling of the trains, etc. The whistle blower gave him a confused look and in broken English (Polish?) told him that he doesn’t really know all that much. All of his instructions come from above. All he does is blow the whistle!

This connection between dreams and redemption reminds me of an idea I recently read. The possuk says; “Shir Hamaalos, bshuv Hashem es shivas Tzion hayinu k’cholmim”. This is usually translated, when Hashem will return the remnants of Zion, we ‘will be’ like dreamers. However, the word “hayinu” is really in the past tense, therefore the proper translation should be; we ‘were’ like dreamers.

When we dream, everything seems to make perfect sense and be totally logical. Once we awaken and review our dream we then realize that it really made no sense at all. We even can’t imagine how at the time of the dream it did make sense! So too, is our current situation. During the pre-redemption stage, during the darkness of this world, things appear to make sense. This person wants to live with alternative lifestyles, it seems almost acceptable to us.

This person’s goal in life is to be a millionaire, we find that understandable. This person doesn’t think that mitzvos are important, even though we disagree, we can relate to where he is coming from. When the redemption will arrive, we will have true clarity of vision. It is then that we will come to the realization, that all our ideas until now, were like dreams. Our whole environment, it’s values, it’s priorities, made no sense at all, but at the time it seemed so logical! We look back and can’t even imagine how it then made any sense at all.

After interpreting the dream, Yosef tells Paroah that he should now appoint an understanding and wise person to be in charge of the food collection and storage. Rav Eliyohu Lopian, zatza”l explains that it would take an incredible chacham to handle the task. During times of plenty, it’s extremely difficult to have a mentality of only eating what’s completely necessary and to save every additional morsel. Who is a wise man, one who is “roeh es hanolad” (sees the future). Not that he knows what will be but rather he ‘sees’ it. Only such a man who sees the future as if it’s present, has the ability to prepare Mitzraim for the forthcoming famine years.

In olam hazah, our present physical existence, we are living through years of plenty. During our 120 years of life, we have an immeasurable amount of opportunities to perform mitzvos and maasim tovim. In this respect, olam habah, the world to come, is a time of famine.

It is well known that the Vilna Gaon was crying at the time of his death. When asked, why he was crying, he explained how painful it was to leave this world of such incredible opportunity. He grabbed hold of his tzitzis and said “In this incredible world, for a few cents one can fulfill this wonderful mizvah of tzitzis, which merits one the level of seeing the face of the Sh’chinah. In the next world, a person is unable to perform a single mitzvah even if he offers all his possessions. How can’t one cry when he’s about to leave such a place.

Hashem should open our eyes so that we will realize that we are in the storehouse of the king for a limited amount of time. We must be chachamim who see the future, know that our time here is limited and not go through life in a dreamlike state. Recognizing the true causes for all that happens here and making ourselves worthy of being recipients of those blessings.