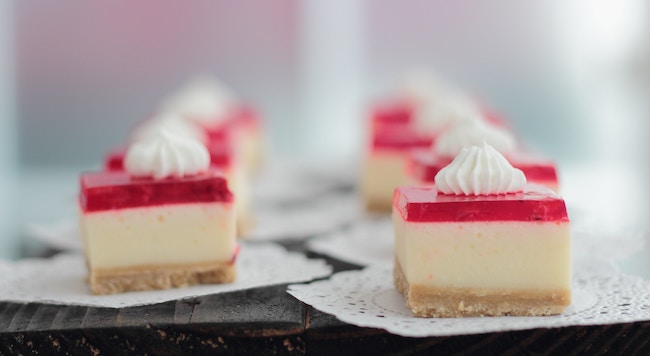 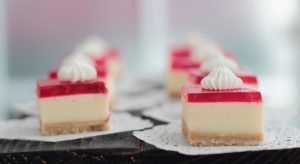 This weeks parsha, Naso, introduces us to the topic of nazir. “A man or a woman, ki yafli- who will utter, an oath to be a nazir to Hashem (6:2).” Rashi explains that the word ‘nazir’ means to separate – the nazir separates himself from all grape products. He also doesn’t cut his hair for the duration of his nzirus, nor can he defile himself by coming in contact with corpses.

The Even Ezra offers two additional explanations for the word ‘yafli’. It can, similar to the word nazir, mean to separate. It also can mean to do something that is a ‘peleh’ – it is astounding! Most of the world are drawn after their desires, and this person accepts upon himself to limit permissible acts. Astounding, indeed!

“Kodesh yihyeh” – he will be holy. What is his holiness? The Sforno explains, in a similar vein as the Even Ezra, that it means separated from the physical desires.

This, and the very fact that he is called a “nazir laHashem”, seems to indicate that he has reached a very high level. To go against the tide and to take on additional restrictions when most people are upset with the existing ones shows a person who is truly ‘laHashem’ – for Hashem.

On the other hand, the pasuk refers to a nazir as a sinner! “He (the kohen) will atone for him having sinned” (6:11)! What is his sin and how can we understand this seeming contradiction?

How can we reconcile these seemingly contradictory views? How can the nazir be both holy and sinful for abstaining from the pleasures of this world?

The Kli Yakar gives the following explanation. A person should be on a level of self control that he doesn’t need to take on an oath of nzirus. What was stopping him from abstaining on his own, without the help of an oath, when such abstention was called for? He clearly was a person who lacked the ability to control himself and therefore needed the crutch of outside control.

We all know that when we have to do something, we suddenly lose our desire to do it. We might be planning to take out the garbage, but as soon as a parent or a spouse says, “will you take out the garbage already!”, our immediate response is… “soon”. The nazir, by assuming this status, locks himself into it and thereby makes it that much harder for himself.

The sin of the nazir is that his inability to control himself, forces him to not use this world to its fullest. Gentiles only brought an oleh sacrifice – one that was burnt in totality. We, in addition to olehs, bring a ‘shlomim’ – one that is partially burnt and partially eaten. For gentiles, celibacy is a virtue – for Jews it is a sin. Our objective is, not to abstain from the pleasures of this world, but rather to elevate the physical into the realm of the spiritual. The nazir, by forcing this abstention upon himself, does not allow himself to use and elevate this world. He sins.

In our parsha Hashem tells Moshe to teach Aharon how to bestow the birkas kohanim – the priestly blessing. After the blessings themselves, Hashem states: “Place My name on Bnei Yisroel, and I will bless them” (6:27).

What is meant by the kohanim placing Hashem’s name on Bnei Yisroel? The Baal Akeidas Yitzchak explains that in order to receive bracha (blessing) we must make ourselves worthy of that bracha. How does one do that? Through a clear recognition that all is coming from Hashem.

The middle section of our Shmone Esrei prayer is comprised of our requests. Hashem already knows exactly what we need! The point of our prayer is to impress upon ourselves that Hashem is the source of all bracha. Once we have done that, we are now a vessel that is capable and worthy of receiving that bracha.

With this we can understand our pasuk. The job of the kohanim is to educate Klal Yisroel – to teach us that all comes from Hashem. They do this with the birkas kohanim. “May Hashem bless you materialistically and safeguard that blessing. May Hashem show you a shining countenance… May Hashem turn His face toward you…” Hashem, Hashem, Hashem. They place Hashem’s name on Bnei Yisroel by teaching us from where everything emanates.

“Place My name on Bnei Yisroel and I will bless them.” Once we have that clear awareness that all that we have is a bracha from Hashem, we have readied and elevated ourselves to the level of being worthy of that bracha. The kohanim have done their job and Hashem guarantees, “I will bless them”.

Our parsha concludes with each of the nesi’im bringing their offerings to consecrate the Mishkan. Even though they brought identical offerings, the Torah specifies (12 times!) what each brought. Why was all of this repetition necessary? Why not write it by the first offering and then simply list all of the other names and say ‘ditto’!

The Saba MeKelm explains that Hashem wanted to reveal to us how He views the acts of individuals. We often feel that if we are alone in the Beis Medrash, if we alone are aiding someone, if we alone aren’t joining our friends at the diner, then we are appreciated in the eyes of Hashem. But if we are part of a large group who are all doing the same thing, then, we feel, our importance diminishes.

The offerings of the nesi’im teach us that, no matter how large the group may be, Hashem views each individual as if he is alone in the world! That same joy and love felt toward the first one to bring the offering was felt on an equal level to all that followed him.

As we approach Shavuos, we know that tens of thousands of Jews will be studying Torah that night. Will it make a significant difference if I’m tired and I decide to get some shut-eye? Will one be missed out of tens of thousands? Yes! Yes! Most emphatically, yes!!! Each of the nesi’im had an entire parsha dedicated to him. Every single one of us makes an incredible difference. Every additional person learning, every additional word that is learned has an extraordinary effect.

The gemara states that if three generations stay true to Torah then it returns to its ‘achsanya’, to its host. Rav Chaim Volozhiner brings a question that his younger brother asked his older brother. Being that we are all descendants from a line of three Torah true generations, Avrohom, Yitzchak and Yaakov, how are there non-scholars amongst us?! He answered that the Torah will return to that host. It will avail itself to the next generation. If it is welcomed then it will stay. If that host is looking for a ‘different clientele’, if the Torah is not made to feel welcome, then it will move on elsewhere to a different host.

Wednesday of this week is the sixth of Sivan, the yom tov of Shavuos. We don’t commemorate the giving of the Torah over 3,000 years ago. Rather, that same potential and availability that was maximized on the sixth of Sivan then, as we stood by Har Sinai receiving the Torah, is available again for us on the sixth of Sivan this year. The Torah offers and presents itself to us, the later generations. We must open the door of our hearts to usher it in, our lifestyles and life choices making a clear declaration that it is still welcome.

May we recognize our importance as individuals, both to Hashem and to this world. Elevating ourselves and thereby extending a heartfelt welcome for a true kabalas haTorah, and allowing that Torah to enter and, in turn, elevate us.