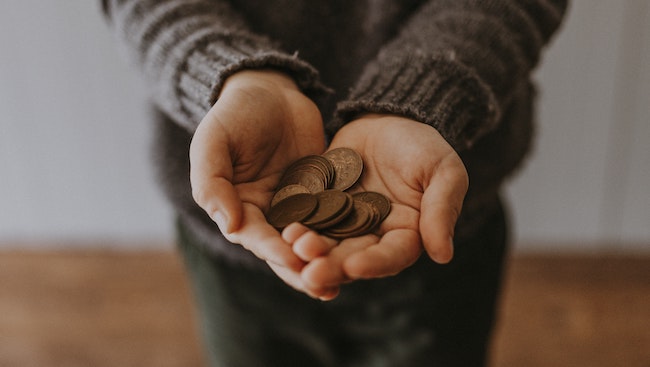 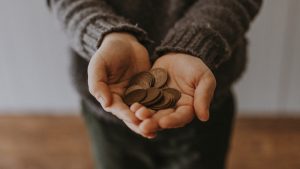 Yaakov, while transporting his family and belongings across the River Yabok on his way back home to Yiztchak and Rivka, is left alone. Rashi quotes from the gemara Chulin that he had returned for “pachim ktanim”, little jugs. It seems a bit strange for us, with our ‘keep the change’ philosophy and lifestyle, to understand why Yaakov would bother making a special trip for these pachim, as opposed to just getting a new set during his next trip to Caldors or Pathmark.

The Be’er Yosef explains this and another troublesome chazal which states that if someone steals a pruta (a few cents), it’s tantamount to taking away a nefesh. When Yaakov was alone, he was accosted by a malach, who chazal say was the angel of Esav, the Satan, the yetzer harah. We understand that this was a spiritual battle being fought, with Esav’s malach trying to ‘beat’ Yaakov away from a spiritual level, thereby affecting the potential of Klal Yisroel for all generations. Yaakov’s return for these pachim was based on a very deep and clear understanding of hashgacha pratis, Hashem’s direct and personal involvement in all that happens to each and every Jew. The understanding that everything that comes our way offers us it’s own unique spiritual potential that can only be obtained from that situation or object. If it didn’t have that spiritual potential, then Hashem would not have sent it our way. If we are to miss out on realizing that potential, then there will be a void in our nefesh. A void in the being that we were meant to be. It’s tantamount to taking away a nefesh.

Therefore, those ‘pachim ktanim’, Yaakov understood, where necessary components for him and therefore, Klal Yisroel, to become all that they could be. They were worth the dangerous return trip, because they, to a point, could and would determine what his life and the life of all of his generations would be. The Sar of Esav, representing a nation which doesn’t have this hashgacha pratis, came to battle him on this point. To try to shake the foundation of this belief in Klal Yisroel, by affecting the foundation of Bnei Yisroel, Yaakov Avinu himself. Chazal say that the dust of the battle went up before the Majestic Throne of Hashem. This ‘dust’ represents those things that we feel are as unimportant and inconsequential as the dust. What we must realize is that even those things are sent directly from the Kesay Hakavod of Hashem, they must be treated with their deserved importance, and their potential must be actualized. (It is said in the name of the GR”A that this is the reason that The Kesay Hakavod is mentioned in the brocho of Asher Yatzar.)

After being victorious in the battle, Yaakov confronts the malach, the yetzer harah, and asks him his name. The malach answers “Why do you ask for my name?” The commentaries explain that he was telling Yaakov that our names change according to our mission and therefore it’s unimportant. Others explain that he was saying that you are not allowed to pray through me, so once again, there’s no need for you to know it.

I had the privilege to hear from Rav Shalom Schwadron shlit”a (the “Maggid”) a beautiful pshat in the name of his Rebbe, Rav Leib Chasmon zatz”l. He explained that in lashon hakodesh, a name is not simply an agreed upon term for the sake of convenience. Rather, a name depicts the very essence of that which it describes. The pasuk says that Hashem brought all the animals before Adam Harishon, and the name that he called it, that was it’s name. Not that it then became it’s name, but rather that Adam saw in to the very essence of each creation and understood which combination of which letters described it’s essence and was thereby used to create that being. That was it’s name!

When Yaakov asked the malach it’s name, he was asking what is your essence, your power, your ability to get people to follow you and give up so much in the process. The malach answers, ” Why do you ask my name”. Rav Leib explains that the malach was in fact answering Yaakov’s question. “Why do you ask… that is my name! My very essence is to get people to act without thinking! My power is to put them into the frame of mind where they Just Do It (sorry, Nike) without calculating the effects and repercussions of their actions.

He then gives a mashal of a villager who visits the big city and wanders into a movie theater. He is mesmerized by the bright flowing pictures on the wall and wants to get a clearer idea of what it actually is. He shines a light on the screen and suddenly all of those pictures disappear into a blank white wall. When we shine the light of Torah and perspective onto a situation we quickly realize that what might seem to be irresistible is in effect total nothingness, emptiness. But the yetzer harah tries to get us not to ask. Why do you ask?… that is my name.

May we all be blessed with a week where we will focus our minds, calculate, ask and think, allowing us to recognize that every situation is a gift from the Kesay Hakavod presenting us with a unique opportunity for self development. Good Shabbos.