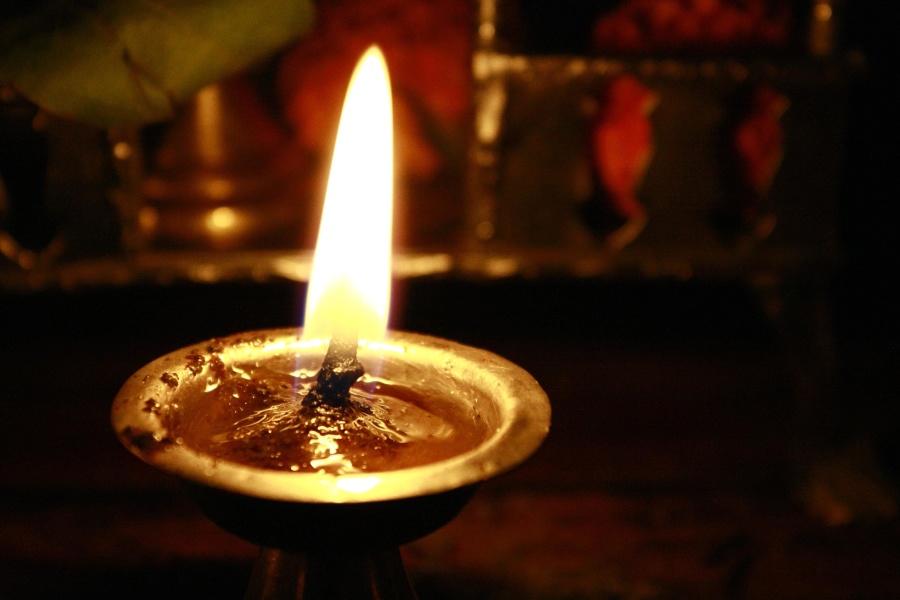 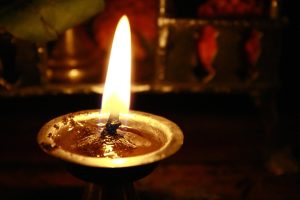 And his brothers saw that their father loved him more than all his brothers, so they hated him, and they could not speak with him peacefully. (Bereishis 37:4)

WE FINISHED LAST week’s “Perceptions” with the following:

Elohim is the reality of Divine light that permeates the level of Creation that EVERYONE sees. Hovayah is the reality of Divine light that permeates all of Creation that FEW people ever merit to see. In other words, Elohim is like the body, the kli—vessel, and Hovayah is the soul, the inner light that fills it. Which brings us to shemen zayis. There is the shemen, and then there is the zayis. The zayis, which is very BITTER, really can’t be eaten unless it is first pickled. The oil is fruit of the fruit that cannot be used unless first EXTRACTED from the olive. But after having done that, it can be kindled to produce brilliant LIGHT, brilliant PREVIOUSLY HIDDEN light.

This is the continuation.

But even as a bitter olive, it serves as a symbol of one’s relationship with God:

Rebi Avahu asked, “If the dove brought the olive leaf from the Garden of Eden, could she not have brought something exceptional as cinnamon or balsam? Rather, she was hinting to Noach: ‘Rather my food be bitter as an olive but from the hand of God, than sweet as honey from the hand of men.’” (Bereishis Rabbah 33:9)

Why should anything from the hand of God be bitter? And doesn’t everything that comes from the hand of man actually come from God anyhow? Every “employer” is just a shaliach of God to put money in our pockets.

But try and remember that the next time you pick up your paycheck, or if you ask for a raise and the boss says no. Or worse yet, he fires you. How many people ever see past the flesh-and-blood of their benefactors and see the hand of God instead?

People don’t like working that way. It is unpredictable, and involves an aspect of life that seems to be beyond their control. It makes them feel insecure, and THAT they find to be bitter. Trust in God comes at the cost of financial independence, and people do not like the taste of that.

But if a person goes deeper, they find out that the “bitterness” is not only a temporarily reality, but that it is just camouflage for the true sweetness in life, the Ohr HaGanuz, which is represented by the shemen hidden inside the olive.

And the soul hidden inside the body. Like the olive itself, the human body is “bitter” until a person uses it in a meaningful way. Spiritually underdeveloped people tend to be difficult to “stomach,” for both physical and spiritual reasons.

And like the oil, the soul is hidden inside, basically useless until it is extracted through self-sacrifice, ignited through inspiration to be accomplish meaningful things in life, and gives off glorious light, DIVINE light, once the result of its will is visible for all to see.

In a sense, this was the essential difference between Ya’akov and Eisav. Eisav was very chitzoni, external and living only in the outside world. He was a kli, a vessel, one which was filled up with very little soul.

Ya’akov dwelled in the tents of Torah. He was on the inside, a hidden light interested only in delving deeper into Torah to come closer to God. Had Divine Providence not pulled him away, that is where he would have stayed without exception.

Eisav saw with his BODY

Ya’akov saw with his SOUL. The question is, did his sons, the fathers of the future Jewish nation also see this way?

In fact, Ya’akov asked them point blank. He was about to reveal the End-of-Days to his sons, crucial information for the survival of the Shevatim and all their descendants, but the prophecy left him. According to the Torah, he just moved on. According to the Talmud, he did the opposite:

Rebi Shimon ben Lakish said: Ya’akov wanted to reveal the End-of-Days to his sons, but the Divine Presence left him. He said, “Perhaps, God forbid, there is something unfit from my bed, just as Yishmael was born to Avraham, and Eisav to my father Yitzchak?” (Pesachim 56a)

A person can choose to tell a personal secret to whomever they wish, and perhaps might regret it later. Prophecy, on the other hand, is on a merit-to-know basis. If Heaven withdraws it, it is not a good sign for the intended listeners. Therefore, Ya’akov worried about his target audience, his 12 sons, and questioned them about their level of spiritual perfection.

It was not the question that was interesting. It was their answer that requires investigation:

His sons answered, “Shema Yisroel, Hovayah Eloheinu, Hovayah Echad…Just as in your heart only [God is] one, so too in our hearts there is only one.”

It is only from the answer that we actually understand the question. If the brothers answered Ya’akov with a statement about the Oneness of God, then Ya’akov must have asked them about it. He had thought that they had shared his vision about God in the world, the loss of prophecy made him question this, and their answer was meant to confirm it. The prophecy, Ya’akov’s sons argued, must have been removed for a different reason.

Did Ya’akov buy it? It is hard to tell, at least from his response:

At that moment Ya’akov said: “Boruch Shem kevod Malchuso l’olam va’ed—Blessed be the Name of His glorious kingdom forever!” (Pesachim 56a)

And that was it. That was all the Talmud says Ya’akov answered his sons, no more and no less. Together with his sons’ saying of the Shema, their conversation resembled a dialogue with God more than it did father and sons. The Talmud provides more information than the Torah about what happened, but still not enough. Still not much to learn here.

The Zohar, of course, goes further:

Ya’akov wanted to establish the “Mystery of Unity” below, and composed the 24 letters of “Blessed be the Name of His glorious kingdom forever.” He didn’t give it 25 letters since the Mishkan had yet to be built. Once the Mishkan was built the first word was completed…With regard to this it says, “God spoke to him from the Appointed Tent, saying” (Vayikra 1:1), which has 25 letters. (Zohar Shemos 139b)

In other words, the last part of the first verse of Sefer Vayikra has 25 letters. According to the Zohar, once the Mishkan was completed, the spiritual root of the light to which the second verse of the Shema—and the number 25—alludes was able to emanate. This resulted in a sublime Divine unity, one which Ya’akov had hoped to create in his time, but couldn’t.

This is why the Mishkan was completed on the 25th day of Kislev—Chanukah. Furthermore, says the Zohar, 13 materials were used for the Mishkan, and 12 stones were put into the Ephod for a total of 25, the THEME of the Mishkan, apparently.

From this it would seem that, in spite of the brothers’ defense, they had not been correct. Something WAS missing from their vision, and THAT was why the prophecy about the End-of-Days was denied them. Ya’akov had no choice at that point but to move on to other business.

If it was this missing component from the brothers’ vision that would have allowed them to see the Final Redemption, it makes one wonder what it was, and how to get it. They were far greater than anyone living today, but we see how God makes the difficult easier for subsequent generations that are clearly spiritually weaker.

Perhaps a good starting point is to know which letter it was that Ya’akov left out of his response. Since Hebrew vowels are often represented by dots and dashes, it’s not uncommon for a word to be missing a letter. Many words in the Torah are written “chaser,” that is, without a letter whose absence does not change the pronunciation of the word, something God decided and dictated to Moshe.

But that doesn’t work here. If “Boruch Shem” has ALL of its 24 letters, then none of them are missing. Therefore, the question remains: Which letter would Ya’akov had added, and how did the first verse of Sefer Vayikra accomplish this?

The answer has to do with this:

Yichudim, literally, are “unifications,” specifically unifications of God’s Name and the perception of His reality. As Rashi explains, Amalek, the nemesis of the Jewish People and enemy of God, creates doubt—therefore the gematria of his name is “doubt” —in God’s reality and especially His direct involvement in history. Yichudim are usually Divine Names and intentions used to reverse this destructive Amalekian effect, in whatever form it takes.

The meaning of this, the Leshem explains, is that God—Hovayah—alone sustains everything, gives all things existence, and oversees and directs everything. This is the meaning of “and His Name is One”: No matter how many Divine Names we use to describe His involvement in history, they are all just branches off the Name Hovayah.”

In the lower worlds of Beriyah, Yetzirah, and Asiyah, there is no revelation of His Essence, just His actions, and we can only know His Names. With respect to this it says, “And His Name is One.” This means that He alone, may His Name be blessed, has done everything, does everything, and will do all that will be done, for all created things. This is the yichud of “Boruch Shem kevod Malchuso l’olam va’ed”: everything is from His kingdom and the result of His guidance.

Kabbalah explains that reality consists of five levels. The top two, Adam Kadmon and Atzilus are completely spiritual. The bottom three, Beriyah, Yetzirah, and Asiyah are spiritually-imbued but physical in nature. As such, they are not spiritually-refined enough to “host” the Essence of God, just Names that describe His interaction with Creation.

It is this limited revelation of God that leaves room for man to choose to SEE God, or to DISREGARD Him. Sensing God on OUR level of existence takes a lot of work and spiritual development, without which a person can easily find themselves quite disconnected from God.

Not so for Heavenly beings. There is never any doubt for an angel that HOVAYAH is EVERYTHING, no matter how many emissaries He chooses to use to implement His will. “Shema Yisroel” is THEIR yichud because it describes their very level of existence.

We end off Yom Kippur by proclaiming, seven times, that “Hovayah is Elohim.” We do this because we forget during the year, which is why we sin in the first place. On Yom Kippur, when we reach the level of the angels, allowing us to even say “Boruch Shem kevod Malchuso l’olam va’ed” out loud as they do, we concretize our growth with seven repetitions of the same phrase that unites their world and ours.

This was the letter that Ya’akov Avinu, or more accurately, Yisroel…“Shema YISROEL”…could have and should have given “Boruch Shem kevod Malchuso l’olam va’ed” in his time. The fact that he didn’t meant that he sensed it was premature. Heaven and Earth did not yet meet, not yet at least.

That’s why the prophecy was taken away from Ya’akov Avinu, and therefore his sons. The Vav was missing, and not just any Vav, but a very SPECIFIC Vav: the Vav of redemption. And when the brothers went ahead and sold their brother Yosef, they pretty much sold the Vav as well. That’s not only the greatest source of darkness there is, it is also a chapter unto itself, one best told by Yosef himself.