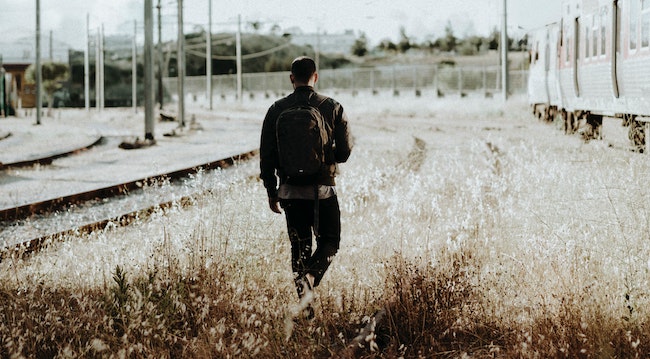 The Cause of our Exile 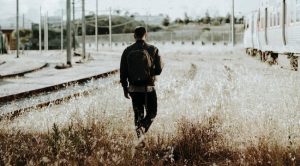 This week’s parsha, Vayigash, deals primarily with Yosef revealing his true identity to his brothers and the subsequent descent of Yaakov and his whole family to Mitzraim.

A very troubling aspect of this whole episode is that Yosef must have known that his father was mourning his alleged death. There were many times when he was in a position to contact or even visit his father. Why didn’t Yosef do that and thereby save his father much anguish?

The Ramban (42:9) explains that Yosef knew that his dreams were not simply dreams but were prophetic visions which needed to be actualized. He needed to wait until he was elevated to a royal position. Only then would the eleven brothers bow down to him as their eleven bundles had bowed to his bundle in the dream. Had Yaakov known that Yosef was alive, he would have come immediately to see him. It was only after the bundles had bowed down, that the second dream of the sun (representing Yaakov), the moon (representing Bilhah who had raised him) and the eleven stars (representing the brothers) could then be fulfilled.

When the brothers first arrived without Binyamin, Yosef realized that before he could reveal his identity he must find a way to force Binyamin to come down to Mitzraim, thereby fulfilling the first prophecy. He therefore treated them harshly and warned that no future food would be given unless all of the brothers would come.

Once the first prophecy had been fulfilled Yosef was now able to reveal his identity, causing Yaakov and the entire family to come, and bringing about the fulfillment of the second prophecy.

At this climactic moment, Yosef orders that all outsiders leave the room leaving only he and his brothers. “Ani Yosef, ha’ode avi chai?! (45:1) – I am Yosef, is my father still alive?!”, he cries out. The brothers, in a state of shock and embarrassment, are unable to answer. Yosef then comforts his brothers. “V’atah al tayatzvu (45:5)” – and now don’t be saddened – I know you were upset and saddened over the sale – I’m not a slave and there’s no reason for sadness. “V’al yichar b’ainaichem” – and don’t be angry. The Ramban explains that one normally gets angry when one’s actions produce precisely the opposite result from what one intended. The brothers had sold Yosef to prevent the dreams from being fulfilled and their actions actually led to and caused the fulfillment! Nevertheless, don’t be angry, “ki l’michya sh’lachani Elokim lifnaichem” – for (your) sustenance Hashem has sent me here before you. In fact, your actions did benefit you tremendously. There is now a person in position to uphold and maintain you and your families during the years of famine.

Yosef then falls upon his brother Binyamin – the only other son of Rachel – and they weep on each others necks. Rashi quotes the Medrash that Yosef was crying for the two Temples which would stand in Yerushalayim on the portion of Binyamin and would be destroyed. Binyamin was crying about the Mishkan (the Tabernacle – the temporary resting place for the Holy Ark until it was established in Yerushalayim) which would stand on the portion of Yosef and would be destroyed.

The Divrei Yisroel poses three questions on this Medrash: 1) Why was this ecstatic moment of reunion chosen to mourn future tragedy? 2) Why did each cry over the destruction in the others portion but not over their own? 3) Didn’t Binyamin realize that only the destruction of ‘Yosef’s’ Mishkan would allow the Temples to be built (on his portion)?

He explains that Yosef and Binyamin were crying bittersweet tears at their reunion. They realized that it was ‘sinas chinam’ – baseless hatred – which had led to their torturous years of separation. They also foresaw that this sinas chinam would continue to afflict their descendants, chasing the Shechina (Hashem’s Holy Presence) out of their midst, thereby leading to and precipitating the destruction of the Temple. They realized that the only way to forestall this was with ahavas chinam – baseless love and compassion. An intimate caring for others who might have done nothing to cause you to care for them. To care for them even more than you might care for yourself.

Yosef and Binyamin were crying for each others tragedy. My own I can bear… your misfortune brings me to tears. Binyamin mourned the destruction of the Mishkan which had stood on Yosef’s portion even though its destruction enabled the Temple to be built on his portion. I’m willing to forego my happiness, my honor, if it will spare you your pain, your degradation.

It is this affliction of sinas chinam which caused our present galus (exile) to begin and still maintains it today. The real caring for others will cause a revelation of Hashem’s care for us, resulting in the ultimate redemption.

Yosef then sends his brothers, laden with food and goods, to inform Yaakov that he is still alive and that Hashem has placed him over the whole Mitzraim. Wagons are sent for Yaakov to transport the entire family to Mitzraim.

Yosef personally readies his chariot to go greet his father. “Vayipole ol tzavarav, vayaivk ol tzavarav ode (46:29)” – and he (Yosef) fell on his (Yaakov’s) neck and he wept much on his neck. What was Yaakov doing at the time? Rashi again quotes the Medrash that Yaakov wasn’t kissing Yosef nor was he crying on his neck… he was reciting Shema Yisroel!

The Ohr Gedalyahu explains the similarities between Yaakov’s state during Yosef’s absence and our state in this present galus. This falls under the general rule of ‘maaseh avos semon labanim’ – the lives and happenings of the Forefathers foretell what will later befall the descendants.

During those twenty two years of Yosef’s absence, the Shechina did not appear to Yaakov. It seemed as if Hashem was angry with him. It was his personal galus. The test for Yaakov was to maintain his level of service even under these depressing circumstances. Yaakov had the midah (attribute) of emes – truth. Consistency. Even when the environment seems to be in constant flux we must remain the same. Emes.

During the morning prayers we say “emes v’yatziv” – our conviction is “true and firm”. During the evening prayers we say “emes v’emuna” – it’s true and we believe. Day is the time for clarity. Night for confusion. Our perception of what goes on around us changes. The truth doesn’t change. At times we see – it’s true and firm. At other times it’s confusing – it’s true and we believe. Galus is the time of confusion – it seems that Hashem is angry with us. Our test is to remain true. Emes. Consistency.

This state continued for Yaakov until he heard the words, “Ode Yosef chai”. Yosef is still alive. The Shechina then returned to him. His galus, the galus of the Avos, had ended. He now looks back, reflects and sees with perfect clarity that all that transpired was the kind hand of Hashem. Hashem was not angry. The cruel leader of Mitzraim causing them so much hardship was in fact his beloved son preparing the way for redemption. Only now did he understand the hardships of the past twenty two years. He saw that the midah (attribute) of Hashem – mercy – and that of Elokim – justice – were One. This was his transition from galus to geula, from exile to redemption. He sees Yosef. He reached that clarity of ‘the end of days’, of the time of the Redemption. AT that precise moment he proclaimed “Shema Yisroel Hashem Elokainu Hashem Echad”! Accept Israel, Hashem (mercy) is Elokainu (justice), Hashem is One!

With Yaakov’s arrival in Mitzraim, the ‘bonim’ – the descendants- however, were now entering their galus. Yosef didn’t recite the Shema. Rather he cried on his father’s neck. He had cried on Binyomin’s neck over the destructions which would lead to galus, and now he cried more.

May we the descendants, through caring for others, also merit to speedily pronounce with absolute clarity “Shema Yisroel Hashem Elokainu Hashem Echod”.

Have a good Shabbos,