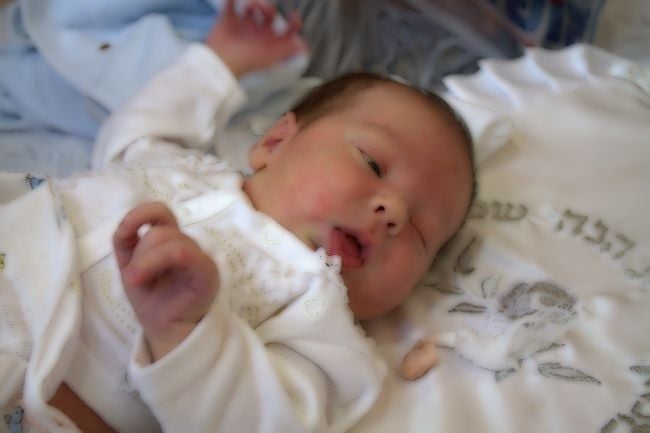 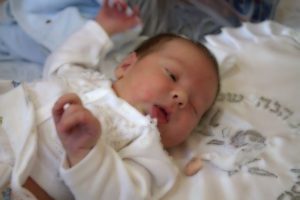 Sponsered by Judy Citer, Sherry Simantov and Ruth Gross in honor of the yahrzeit of their beloved father, Yehudah Aryeh Ben Yehoshua a”h.

The Mitzvah: The positive commandment of bris milah, the circumcision covenant is performed on a male infant on the eighth day after birth. The procedure sees the removal of the foreskin and peeling back of the membrane on the male organ for what becomes the indelible mark of a Jew.

At the age of ninety-nine, G-d commanded Avraham to establish an everlasting covenant between Him and the patriarch’s offspring circumcising himself and thereafter every Jewish child on the eighth day (Genesis 17:1-14). Only in the aftermath of his operation, did Avraham and Sarah give birth to their son and ultimate heir: Yitzchak.

How does this mitzvah contain the concept of bris, the everlasting covenant forged between the Creator and His chosen nation? And why should this commandment – more than any other – attest to the everlasting relationship of Avraham’s descendants and G-d?

The first Jew willing to live and die for his belief in G-d, Avraham was selected to become progenitor of a segment of mankind – the chosen nation – whose existence would be exclusively dedicated to executing the will of the Master of the Universe and become a light onto the nations.

In a universe where darkness obscures the divine light, Avraham’s goal of spreading monotheism was to close the gap. As forefather of the Jewish people, he set out to breakdown the barriers distancing man from his Creator. This mission was immortalized through the indelible mark placed upon the Jew’s body. The foreskin covering the male organ represents the spiritual impediment and concealment within the world.

Bris milah combats the “blockage”; only through its removal, is man able to draw ever closer to G-d. This mitzvah is thus compared to offering a korban, sacrifice to G-d – the word korban from the root korov, “to draw close”. Taking this comparison further, Rabbeinu Bachya observes how the atonement from the blood on the altar corresponds to the blood draw from the wound at a bris. And just as an animal offering could only be brought once it was eight days old, similarly the child is circumcised on the eighth day.

Milah is the ultimate “bris”, the covenant between man and G-d – where each party is totally given over to the other. Their tenacity to observe G-d’s commandments became part of their national psyche. Their mutual love means that they will overcome any obstacle or obstruction. Conversely, a failure to circumcise – namely, a failure to identify with the national mission – results in the opposite of closeness: the punishment of kareis, excision where the person’s soul is cut away from his Source.

The “spiritual” distinction between Jew and gentile, explains the Sefer HaChinuch, finds expression in the unique sign of bris milah impressed upon the “physical” body of a Jew. This explains why this mitzvah is testimony to the Jewish nation’s special affinity to G-d starting with the first of the patriarchs: Avraham who subsequently fathered Yitzchak.

Placed on the organ of reproduction and sealed after the child’s birth, bris milah stands as a Jewish nation’s legacy to be passed down onto successive generations. Importantly it is the definition of the whole thrust of life. It goes to the heart of a Jew’s existence in this world – fully committed and devoted to their Creator and His Torah both in body and soul.

The “mark of distinction” for a Jew is the mitzvah of circumcision and the covenant that it represents. Text Copyright © 2005 by Rabbi Osher Chaim Levene and Torah.org.