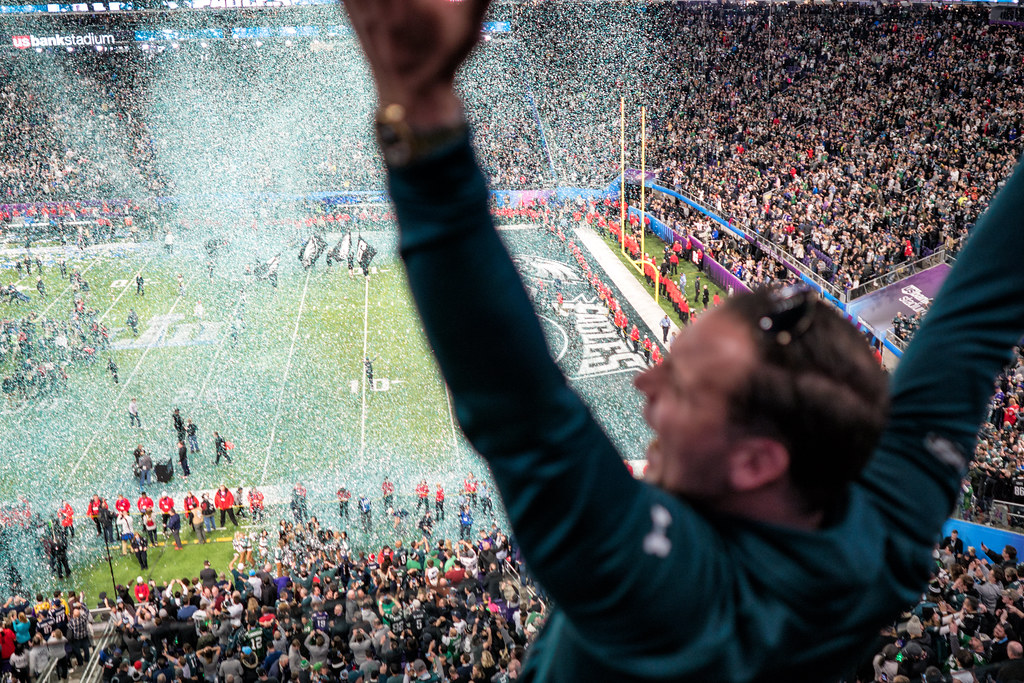 Murder and the Super Bowl 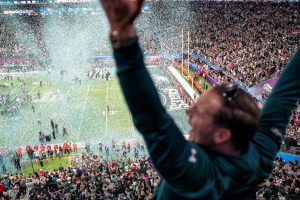 This week we read the parsha of Mishpatim {Judgments}. “V’aileh ha’Mishpatim asher tassim lifnaihem {And these are the judgments that you shall place before them}[21:1].” Why does our parsha begin with the letter “vuv” {and}? What connection is being made between the start of this week’s parsha and the conclusion of last week’s parsha?

Last week we concluded with the Aseres Hadibros {The Ten Commandments}. This week’s parsha concludes with Moshe ascending Har Sinai {Mount Sinai} for forty days. “And Hashem said to Moshe: ‘Ascend the mountain to Me… and I will give to you the tablets of stone and the Torah and the commandments that I have written to teach them.'[24:12]” (The Ramban points out that the possuk {verse} referring to the Torah “that I have written” is an allusion to the concept that the Torah had already been written before the creation of the world as we know it. This is a concept that we will return to shortly.) This actually, immediately followed the nation having heard Hashem utter the Aseres Hadibros, which, as we stated, was the conclusion of last week’s parsha.

What are these mishpatim/judgements, and why are fifty three of these seemingly mundane laws stuck into the middle of the Torah’s telling of ma’amad Har Sinai {the event of Mount Sinai}, the most incredible event ever witnessed by man?

If so, then our second question comes back with even greater urgency. Why were these ‘obvious’ laws placed in the middle of the Hashem’s revelation to us and why are these seemingly disparate concepts connected with the letter “vuv” {and}?

The very first Rashi of this parsha deals with these issues with disarming simplicity. The word “V’aileh”, Rashi tells us, teaches that just as the previous commandments were from Sinai, so too are these from Sinai.

Rav Yerucham writes that the legal system of the Torah is worlds apart from the legal system of the nations. Their laws are simply based on the consensus of what they want according to the time, place and situation that they find themselves. A law forbidding murder for the ancient Romans would have been as outrageous as a law forbidding the Super Bowl for us. That was their national, Sunday afternoon pastime at the amphitheaters! Gladiators, hot-dogs, apple pie and Chevrolet… Their laws could and would change on a whim. A new dictator with new tastes meant a new legal system. How long ago were the bastions of ‘civilization’ burning our brothers at the stakes and later in crematoria?

The laws of our system come from the Torah. As the Ramban wrote, from the Torah that predated creation. Let’s understand why these laws seem obvious to us…

My wife and I do the majority of the painting of our home by ourselves. As any do-it-yourself painter knows, most of the work goes toward the preparation of the area. The actual painting of the walls is the easy part. The real work is taking down the hanging pictures, removing the hooks or nails, filling the holes and cracks, sanding the rough areas, moving and covering the furniture and covering the floor/carpet. After many hours have been spent doing that, the actual painting goes relatively quickly.

Imagine if after hours were spent making the necessary preparations but before the actual painting began, a child would enter the room. Looking around and taking in the state of the house, he’d run over and say: “Mom and Dad, I have a great idea, why don’t you paint the house?” We’d look lovingly at our little Einstein and each claim that his mental acumen comes from the other’s side of the family… He’d be so smug in his delusion that he had an incredibly great idea while we’d smile at his innocence.

Man was made in conformity with and according to the blueprint of the preexisting Torah. The Zohar teaches that there are 248 parts of man with each one corresponding to the 248 positive commandments and 365 parts of man which correspond to the 365 negative commandments. We are, so to speak, walking into a prepared area and deluding ourselves, thinking that we figured things out on our own. Thinking that these laws are really obvious.

“V’aileh” — just as the previous commandments were from Sinai, so too are these from Sinai. Our laws can never and will never change as they are the blueprint for the world, stretching from the time of creation until the time of Moshiach {Messiah}.

Rav Yerucham compares this to a building that was built to be used for small residential apartments. Each floor was divided into a number of small units, with each containing a small kitchen area, a small laundry area, two bedrooms, a living room/dining room area and bathrooms. The necessary cabinets were added to each area and it became known as a well planned, well built, comfortable place to live.

After a number of years, there was a change of ownership. The new owners decided that it would be more profitable to run a hospital than a residential apartment building. Leases were not renewed and once the building had been emptied of its tenants, fundamental renovations began. Individual units were combined into single large ones. A number of the kitchens were converted into operating and conference rooms while others were expanded to meet the needs of feeding an entire hospital. No expenses were spared in trying to make this a bona fide hospital with unrivaled comforts. Finally, after a major overhaul had been completed, the doors of the new hospital were opened.

It didn’t take long to realize that, in spite of the tremendous changes that were made, the building was serving as a rather disjoint and ill-running hospital. The basic structure, which had been meticulously honed for residential use, just wouldn’t smoothly lend itself for a different usage.

“V’aileh ha’Mishpatim {And these are the judgments}[21:1].” They are all from Sinai. From ztiztis {four cornered garment with strings hanging from the corners} to lending to the poor. From not eating meat and dairy to not lying. “V’aileh ha’Mishpatim,” every last one of them is a supporting beam in the basic structure.