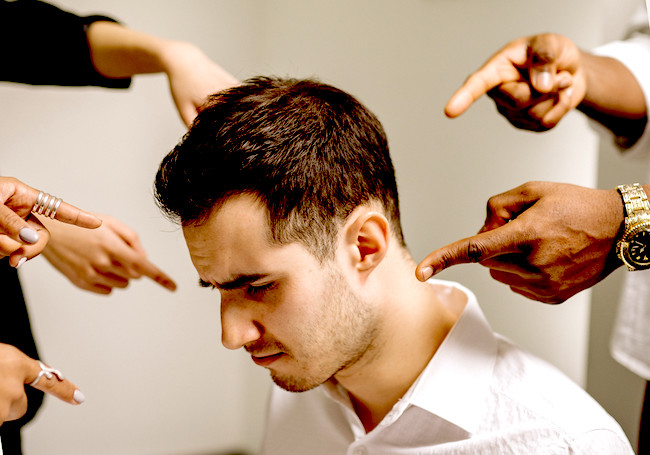 The Essence of Reproof 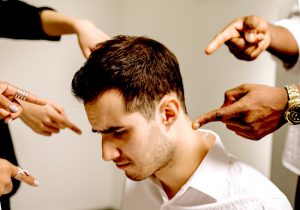 This week we read the parsha of Va’yigash. In last week’s parsha, the brothers, including Binyamin, came down to Mitzrayim {Egypt}and prostrated themselves before Yosef. This fulfilled Yosef’s first dream/prophecy of the bundles of grain, representing the brothers, bowing down to his bundle. Afraid to send Binyamin back with the brothers until he was convinced of their love for him (Ramban 42:9), Yosef, before their return trip, had his goblet planted in Binyamin’s bag. The brothers began to travel home but, once they were ‘caught’ with the goblet, they were brought back to Mitzrayim. The parsha ended with Yosef’s declaration that he will keep Binyamin as his personal slave and the other brothers may return to their father.

Our parsha begins: “Va’yigash ailav Yehuda {And Yehuda drew close to him) [44:18],” to argue the case of Binyamin before Yosef. Yehuda relates the effect that Binyamin not returning will have on their father Yaakov. He relates how he had pledged to excommunicate himself in both this world and the eternal one if Binyamin would not return (Rashi 44:32). Finally he offers himself as a more able slave in the place of Binyamin.

Upon witnessing this display of brotherly love between Yehuda, the son of Leah, and Binyamin, the other son of Rachel, Yosef realizes that the animosity that they had toward him was not felt toward Binyamin. Overcome with emotion he orders all of the Egyptians to leave the room. Yosef, crying, turns to his brothers and reveals his true identity. “Ani Yosef — ha’ode avi chai {I am Yosef! Is my father still alive?} [45:3].” The brothers, unable to answer him, stood there in a shocked and embarrassed silence.

Rav Chaim Shmuelovitz zt”l asks what rebuke did Yosef give to his brothers? He simply said was that he was Yosef and asked if his father was still alive! Where was the reproof?

He explains that we have a misconception when it comes to giving someone reproof. We think that we have to really ‘blast’ the person — really let him have it. In fact, the essence of reproof is revealing the mistake that they have been making. Such a recognition is by far the most powerfully unsettling feeling that anyone can experience.

“I am Yosef!” The young brother you sold as a slave now stands before you as the leader of Mitzrayim. You thought you’d stymie the dreams by selling me — it was that very sale which brought about the actualization of the dreams. You were all making a terrible mistake. I was not the ‘dreamer’ you accused me of being… I was right… I was a prophet… You all came to bow down to me. You made a terrible mistake.

That is the point that Rabi Shimon ben Elazar is learning from this incident. Look at the shocked embarrassment of the Tribes when their little brother demonstrated their mistake. Imagine the feeling we’ll have when we’ll be confronted by Hashem. The clear realization of the degree to which we fooled ourselves and the mistakes which didn’t remain simply as intellectual errors but became the faulty foundation upon which we based our lives.

With this, Rav Chaim Shmuelovitz lends insight to another fascinating chaza”l. After Yitzchok had given the blessing to Yaakov, Esav arrived from the field ready to receive his blessing. “Va’yecherad Yitzchok charadah gedolah {And Yitzchak trembled tremendously [27:33].” Rashi explains that Yitzchok trembled because he saw gehinom {hell} open up beneath Esav. Whereas Gan Eden {paradise} had entered along with Yaakov, gehinom had opened up beneath Esav.

The Medrash teaches that Yitzchok trembled at that point even more than he had trembled at the akeida — when his father Avrohom had bound him on the altar in order to offer him as a sacrifice. All of his life Yitzchok thought that Esav was the tzaddik {righteous individual}– that Esav, not Yaakov, was deserving of the blessings. Gehinom opening beneath Esav showed Yitzchok the terrible mistake that he had lived with. All of his life he had been wrong. His whole body began to tremble…

Very often, we choose to knowingly fool ourselves in order to be able to live and act as we wish. So as not to lock ourselves into restrictions and a lifestyle that we might not feel totally comfortable with…

A close friend and colleague of mine, Rav Avrohom Falk, shared with me the following incident. A student approached him with a complaint. He felt that the Yeshiva wasn’t really dealing with and answering the questions and difficulties that he had with Judaism. Our perspective was that, in fact, a lot of time was being spent with this particular student, however he didn’t seem ready or willing to listen.

Rabbi Falk told him as follows: “If you want, there’s a person in Yerushalayim {Jerusalem} that I can take you to. He’s amazing… He can show it all to you. You’ll see the plagues brought upon Mitzrayim, you’ll witness the splitting of the sea. You’ll stand at the foot of Har Sinai {Mount Sinai} and you’ll hear Hashem say: ‘I am Hashem your G-d.’ You’ll have no doubts, no questions, it will all be as clear as day.

“However, if you go to him and you see all of this, then your life will have to change drastically. No more girlfriends, no more parties, no more wasting time. Prayer – three times a day, blessings – on everything you eat, learning – every spare moment. You’ll have seen the truth. You’ll have to go full steam ahead. No more messing around, no more nonsense. Are you ready to see him? Would you agree to go?”

The student smiled sheepishly, understanding that there was no such person but recognizing the point that was being made. The issue was not his questions — it was his unwillingness to hear answers. We’d prefer to knowingly fool ourselves rather than be locked into a position that we don’t feel comfortable with.

This Shabbos, when we hear the reading of the Torah portion, may the words “Ani Yosef {I am Yosef}” serve as the reminder we all need to be true to ourselves…