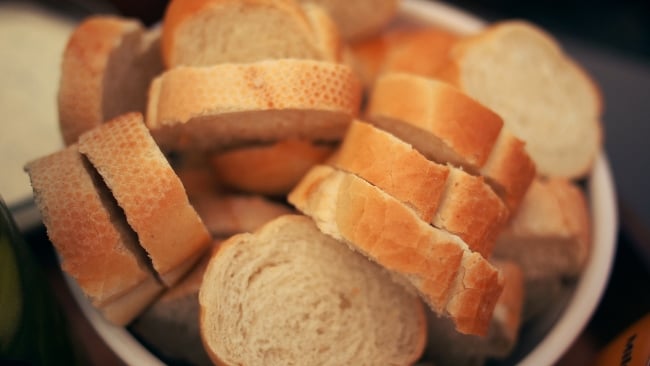 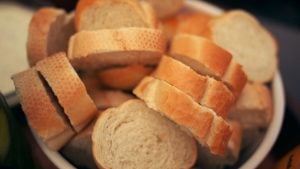 This week we read the parsha of Emor which begins with different restrictions that apply to the kohanim {priests} and to the animals that would be brought as sacrifices. The parsha then moves on to a detailed listing and explanation of the different holidays that make up the Jewish year. It then reiterates the lighting of the menorah that took place in the Mishkan {Tabernacle} and the arrangement of the lechem hapanim {the special loaves of bread} that were placed on the shulchan {table} each Shabbos.

The Sforno explains why this was repeated. Originally, Moshe had collected the oil and flour that was needed for the lighting and baking. At this point, the supply had been depleted. Our parsha therefore supplies instructions for the procurement of oil and flour for future kindling and baking.

“Every Shabbos day he shall arrange it (the loaves of bread) before Hashem, (it is) from Bnei Yisroel {the Children of Israel} as an eternal covenant. [24:8]”

We know that a covenant means an agreement between two sides. What was the covenant of the lechem hapanim?

The N’tziv (Rav Naftali Tzvi Yehuda Berlin, zt”l) explains that the kohanim placed the lechem hapanim on Shabbos as a service to Hashem and He, in turn, sent the bracha {blessing} of abundance to all the inhabitants of Israel.

The eternal covenant refers to the covenant of Shabbos that continued throughout all of the generations, long after the Beis HaMikdash {Temple} was destroyed. On Shabbos, Israel does not involve itself in the pursuit of livelihood but enjoys the holiness of the day, partaking only in that which had been previously prepared. In return, Hashem, through Shabbos, sends His blessing of success for the following week.

This eternal covenant was shown in a beautiful way in a small town, many years ago. There was a simple man who would conscientiously attend a weekly shiur {Torah class} although he hardly understood any of the material that was being taught. Each week when he would return home, his wife would ask him to share with her what he had learned. He would sadly inform her that it had been a bit over his head. She would encourage him to keep attending and he did.

One week the Rav was discussing the mitzvah {commandment} of the lechem hapanim, explaining how it was arranged on the shulchan every week and how dear it was to Hashem. That week, he was able to follow the shiur and he excitedly returned home to share with his wife that which he had learned.

“We are simple people,” he told his wife. “How can we give Hashem real pleasure? I heard,” he continued, “that the twelve lechem hapanim that were arranged in the Beis HaMikdash were a very special avodah {service}. Why don’t we accept upon ourselves this precious mitzvah?” His wife excitedly agreed and she lovingly prepared twelve beautiful loaves of challah {Shabbos bread}.

That Friday afternoon he brought them to the synagogue, nervously checked to make sure that no one was around, and then approached the Aron Kodesh {Holy Ark that contains the Torah scrolls}. With his eyes lifted toward heaven and an emotion-filled voice he said: “Hashem, I know how dear the lechem hapanim were to you and that they are no longer given to you. My wife has made these twelve challahs to serve as lechem hapanim. Please accept our humble offering…” He opened the Aron {Ark}, placed the challahs inside and quickly left the synagogue.

A short while later another Jew entered the synagogue and, with tears in his eyes, he too approached the Aron Kodesh. “Hashem, please help me,” he begged. “Tonight is Shabbos and I have no money to buy food. Please, have compassion on my wife and children, please Hashem.” In the midst of his passionate prayer, he opened the doors of the Aron and was dumbstruck by the sight that met his eyes–twelve beautiful, warm challahs. He broke down in tears, thanking Hashem for this miracle, took out the challahs and brought them home to his family.

The next day at prayers, our first Jew waited with bated breath for the Aron to be opened for the Torah reading. “Did Hashem accept our offering?” he wondered. Finally the time arrived and the doors were opened. The challahs weren’t there! He could hardly contain his excitement. Hashem had accepted their offering!

The next week, with even more enthusiasm and zeal, his wife lovingly prepared another twelve challahs. He again entered the synagogue, made sure no one was around, offered his prayer, opened the Aron and placed the challahs inside.

A short while later, the other Jew again entered the synagogue. He thanked Hashem for the miracle of last week, explained that his situation hadn’t changed much and asked Hashem to show His kindness again this week. He nervously opened the Aron, saw the challahs, ecstatically removed them and brought them home to his family.

The next day in synagogue, he again looked forward to the Torah reading, excitedly saw that their offering had been accepted and went home filled with a feeling of pride and contentment.

This continued for about a year and a half–close to one thousand challahs! Each week, the offering was placed and accepted. Each week, miraculous challahs fed the poor family.

One Friday afternoon, the Rav was sitting in the balcony of the synagogue. He heard someone walk in and noticed he was carrying a large bag. He watched as he approached the Aron Kodesh, offered a silent prayer and then, to his shock, began to place large challahs into the Aron. Unable to believe his eyes he rushed downstairs and demanded an explanation for this ludicrous disgracing of the Aron Kodesh. The poor, stammering Jew tried to explain that it was lechem hapanim and that Hashem had been accepting their offering each week.

The Rav, amused by the craziness of the story, invited him up to the balcony to see just how Hashem accepted his offering each week. They both watched as the other Jew entered, offered his prayer, opened the Aron and removed the challahs. The Rav again went running downstairs and demanded an explanation. This man tried to explain how Hashem would send him challahs each week for his poor family. As the matter became clarified, both men left the synagogue feeling crestfallen and the Rav returned to his studies.

That night the Rav was told in a dream that, as a consequence for disrupting this beautiful and sincere avodah {service}, he would not live out the remainder of that year. Since the destruction of the Temple, Hashem had never had as much pleasure as He had received from those offerings…

Simple people giving with all of their hearts…

Have a good Shabbos (and enjoy your challahs!),
Yisroel Ciner