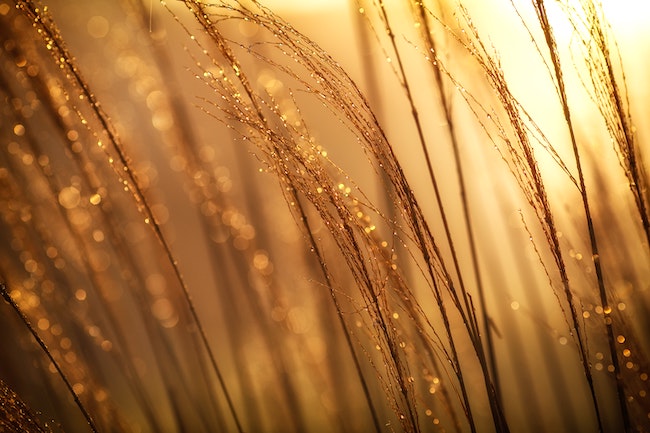 From Dust to Gold 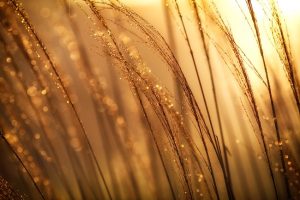 The Talmud [Sotah 14A] teaches that Hashem had come to visit Avrohom who was then convalescing after his circumcision.

“And he was sitting by the entrance of his tent in the heat of the day.”

In his debilitated state, Avrohom was sitting in anticipation of there being some passersby in order that he’d be able to fulfill the mitzvah {commandment} of hosting guests. Hashem had made it an unusually hot day in order that Avrohom wouldn’t be bothered by guests. When He saw the sorrow and void that Avrohom felt in the absence of this mitzvah, He sent three angels in the guise of men.

Rav Sholom Shwadron zt”l points out that if Avrohom was so upset about the absence of guests on one day, we can safely deduce that his house was filled with guests each and every day. Taking into account the teaching of the Sages that Avrohom had an inn where he offered food, drinks and lodging, we can again safely assume that those who had slept over the previous night did not venture out on this oppressively hot day. Therefore, even on this day, there were guests that Avrohom was hosting.

If so, why was it so crucially important to Avrohom that he host new guests?

Rav Sholom explains that Avrohom’s lofty and exemplary service of chesed {acts of loving-kindness} wasn’t simply performed on a physical plane. The food that he gave the guests was a means of teaching them to appreciate the blessings that Hashem imparts to the world. He didn’t want to simply give them to eat but rather to teach them how to eat.

The same way that Hashem renews His creation every single day, Avrohom thirsted to create new souls, by revealing to them Hashem’s existence, each day. That spiritual chesed of a new revelation was something that he couldn’t fulfill through the guests of the previous day. He therefore waited by the entrance of his tent, hoping to fulfill his partnership of the creation, that day too.

Avrohom, on his level, was striving to fulfill the spiritual aspect of even a physical chesed. On our level, perhaps we too can learn from an incident which occurred in Rav Sholom’s life that revealed to him how even a simple, ‘physical’ act is actually replete with incredible, spiritual-chesed potential.

When one of his small children had fallen ill, he decided to bring the other children to stay by his mother-in-law for a few days. On the way there, he met Rav Isaac Sher who asked him where he was going.

Rav Sholom explained that one of his children was sick so he was bringing the others to his mother-in-law.

After a brief silence, Rav Isaac asked simply, “Well, what then?”

Rav Sholom didn’t understand what he meant and didn’t respond.

“Why and what for?” Rav Isaac asked again.

Rav Isaac then looked at him sharply, commenting: “The big animal is leading the small animals.” (In the animal kingdom, parents show concern for the well being of their progeny.) He then explained further. “How do you differ from the animals? You are on your way to do a chesed for Jewish children, who also happen to be your own children!”

Rav Sholom related that on that same morning he later saw his wife carrying two buckets of water that she had drawn from the well. Whispering to himself, “I hereby am ready and willing to perform a chesed for a Jewish woman, who also happens to be my wife,” he took the buckets from her.

Over the following few months, Rav Sholom worked on transforming all of his actions to conform to this new attitude. Whenever he did anything for his wife or children, his intention was focused on doing chesed. As he saw it, he was changing dust to gold!

Rav Sholom was once walking along with his Rebbe, Rav Eliyahu Lopian zt”l, when they saw a man repairing the street. “Look at that man,” Rav Eliyahu commented, “he is so involved in doing mitzvos–he’s helping to settle the Land of Israel! Too bad that he’s missing the intention to do a mitzvah. If the focus is only to earn a living then we lose the value of the mitzvah…”

The story is told that in the Chofetz Chaim’s town of Radin, there was a pharmacist who had completely left the ways of Judaism. One day the Chofetz Chaim entered his store, gave him a warm hug and began to lavishly praise him. “I’m so jealous of your portion in the World to Come!” he told him. “The merits you have are incredible–you save the lives of hundreds of people. To save one life is an incredible chesed and were it not for you and your medications, hundreds would have died!”

The pharmacist was very moved by the Chofetz Chaim’s words but demurred, saying that he was simply doing his job and getting paid handsomely for his efforts.

The Chofetz Chaim explained further that, of course, he was entitled to get paid for his work and thereby support his family but that he should add the intention to help save people’s lives to the work that he was anyhow doing.

This pharmacist began to have that intention when he was dispensing medications and soon went through a transformation. He seemed to be greeting people more nicely; he was more concerned with their situations and more patient with his directions. It gradually began to dawn on him that there were many other mitzvos besides this one and he eventually became observant of all the commandments.

Turning dust to gold… The opportunities abound within the deeds that we are already performing.