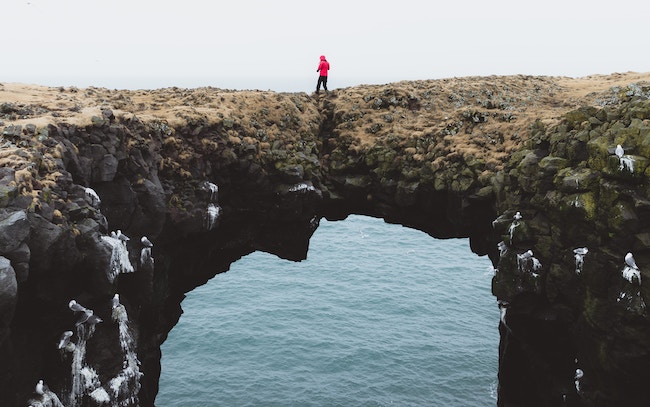 The Bridge of Life 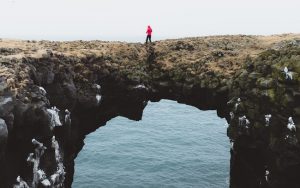 It’s been about a week and a half now since the passing of my father, Avi Mori Asher Chaim ben Tzvi, hk”m, Dr. Oscar Ciner, and I’ve been on a real emotional roller coaster. At first I considered taking a few weeks off from my writing. However, the deluge of beautiful letters I’ve received that spoke of Parsha-Insights serving as a merit for my father prompted me to instead, use this forum as a means of sharing some of the incredible experiences that accompanied his passing and his life.

This week’s parsha, Yisro, begins with Yisro, Moshe’s father-in-law, hearing of all the miracles that Hashem performed for Bnei Yisroel {the Children if Israel}. This prompted him to come to convert. Others also heard of these miracles, trembled [15:14-15], but viewed it differently and didn’t bother to come.

This world and its events can be viewed in a purely physical way or one can sense the true spirituality that pulsates under the cloak of the physical. The same event can be experienced through olam ha’zeh {this earthly world’s} eyes or through olam habah {the spiritual world-to-come’s} eyes. Yisro understood what was behind those miraculous events–others trembled but didn’t see any deeper.

One single event can be seen in ways that are worlds apart.

I had the honor of spending the last eight hours of my father’s life with him. I received an urgent phone call from the States and about twenty minutes later I was out the door on the way to the airport. The ElAl Tel Aviv-NY flight was booked but a kind employee at Air Canada held up the Tel Aviv-Toronto flight enabling me to board. Three flights and twenty-four hours after my phone had rung; I arrived at my father’s bedside.

Viewed from a purely physical perspective, my father was in a coma, on a respirator, unaware of what was happening around him and passed from this world about eight hours after my arrival. From such a perspective it could be viewed as a futile trip that led to the worst Shabbos of my life–the Shabbos that my Dad died.

The reality however was literally worlds apart from that.

My brother from Denver had arrived at the hospital about an hour before me. My brother from Philadelphia came about an hour after me. My brother from Baltimore had spent the entire previous night at our father’s bedside, explaining to the nurse (who at 4:00AM told him that visiting hours were over) in no uncertain terms that as long as that man was in that bed, there would be people by his side. My sister and Mom kept up the vigil during the daylight hours.

Any discussion about our father’s condition was carried on outside his room. What the world calls death, we call Gesher HaChaim–the Bridge of Life. One crosses the bridge from one’s physical, earthly life to one’s spiritual, eternal life. The debate amongst doctors if a person in a coma hears in a physical sense is totally irrelevant. When one is approaching that Gesher HaChaim, one is keenly aware of all that is transpiring.

Our father’s presence in the room was tangibly felt. He had clearly waited for his sons to arrive at his bedside from all over the world. We proceeded to spend the most incredibly beautiful Shabbos of our lives.

We stood by his bedside and prayed the Friday night prayers that welcome the Sabbath. We took turns leading the prayers, using the tunes that our father had taught us. When it came time for the L’cha Dodi prayer {Come my beloved, to greet the bride–the Shabbos presence} my brother from Denver took over. There was a point when he had lived six miles from the nearest synagogue. When my father would visit, on Shabbos day he would walk there and back. But on Friday night, they would pray in the house and my father would sing a medley of L’cha Dodi tunes. We stood by his bed and sang the tunes that had been so beloved to him. The Shema Yisroel of the evening prayers was said slowly and out loud, we sensed that he was saying his final Shema along with us, word for word.

After the prayers, we stood by his side and spoke for about an hour–talking, reminiscing, letting him know how much we loved him, crying and laughing. We sat in his room to say Kiddush {consecrating the Shabbos over a cup of wine} and then felt ourselves being pulled back to his bedside. After speaking for a while we sat down, had a Shabbos meal and then returned again to his bedside. A while later we sat down again to say the Grace after meals and then quickly returned to his bedside.

Though he was being intravenously treated with the maximum dosage of medication, his blood pressure was very low and was steadily dropping. He had clearly waited to be escorted to the Gesher HaChaim by sons who loved him, by the Shabbos that he cherished and by the tunes that were the songs of his life. We stood by his side, holding his hands, rubbing his arms, kissing his warm forehead, and singing the zemiros {Shabbos songs} to the tunes that he loved. We finished the zemiros and a few minutes later, the song that had been his life also came to an end.

His parting was as gentle and beautiful as he had been as a father. Only a person who had been so loving in his lifetime could merit a parting so surrounded by love. I can’t imagine a more beautiful escort to the Gesher HaChaim…

The most beautiful Shabbos of our lives…

Copyright © 2002 by Rabbi Yisroel Ciner and Project Genesis, Inc. The author teaches at Neveh Tzion in Telzstone (near Yerushalayim).