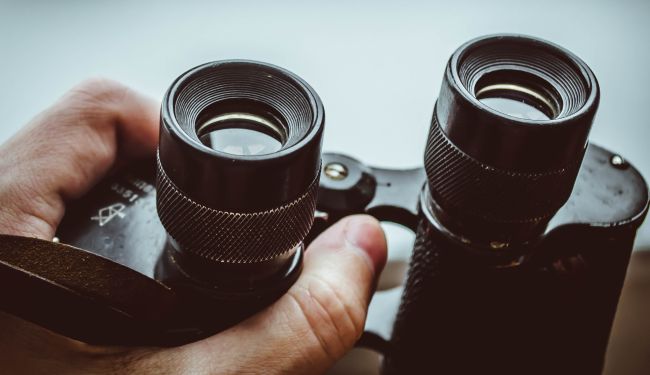 It Only looks That Way 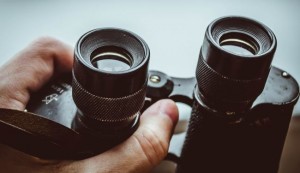 And these are the ordinances that you shall set before them. (Shemos 21:1)

IF YOU WANT to get a taste of what they learn in yeshiva, read all the Rashi’s in this week’s parsha. There is a lot of Talmudic commentary on the first two aliyos alone.

This week’s parsha, after last week’s drama, is like driving at 80 mph and coming to a complete stop in seconds. You can hear the tires screeching. All of a sudden we are hit with halachos related to slaves and damages that occur to other people or their property.

The truth is, the abrupt stop really occurred at the end of last week’s parsha. After the awesome giving of the Ten Commandments, the narrative switched to a technical discussion about building an altar for the service of God. Why?

Several commentators ask and answer that question. I would like to suggest an answer that has to do with something Rashi says here:

No sin will come through him: The Holy One, Blessed is He, will push away the sin so that it does not happen through him. (Rashi)

Rashi’s wording is interesting. He does not say that the person will not come to sin because they are so righteous that they do not even come CLOSE to sinning. He says that even if they are doing something that COULD result in a sin, God will prevent it from happening. The merit of helping the community is great enough to be a protection from one’s own spiritual shortcomings.

To err is to be human. This is what Shlomo HaMelech confirmed when he wrote:

For there is not a righteous man on earth who does only good and never sins. (Koheles 7:20)

It’s just the nature of the “beast,” having been created with a yetzer hara, or the “se’or sh’b’issa”:

Rav Alexandri, upon concluding his prayer, used to add the following: “Master of the Universe, it is known full well to You that our desire is to perform Your will. What prevents us? The ‘se’or sh’b’issa’—‘yeast in the dough’.” (Brochos 17a)

What Rav Alexandri means is that he’d LIKE to be a tzaddik who NEVER sins, but he too has a yetzer hara. Granted that HIS sins may look like other people’s mitzvos, but relatively speaking, they still count as sins, at least for people on HIS level.

Does that mean a person cannot avoid unavoidable sins? According to Rashi, no. Even according to the Talmud, no, as it says:

God said, “I created the yetzer hara and made the Torah its spice.” (Kiddushin 30b)

If someone comes to purify himself, they help him. (Yoma 38b)

If a person sanctifies himself a little, they sanctify him a lot. (Yoma 38b)

What these three statements say is that if a person truly wants to avoid sin, they can enlist the help of Heaven. Heaven wants a person to be righteous more than the person wants to be righteous. So, if a person is prepared to work on it, then Heaven is more than happy to make up for their spiritual shortcomings—especially if they help the community.

Good to know. Even better to take advantage of. But, what does it have to do with this week’s parsha, and the question with which we began?

Last week’s parsha was ALL God. He revealed Himself to mankind in an unprecedented way. It was the greatest sound-and-light show ever. There was never a moment when a person didn’t feel the reality of God, that He wasn’t involved in every aspect of life.

But, it was also not reality, at least not yet. It was totally messianic, and had the Jewish people not sinned with the golden calf, then it would have stayed that way. The first set of tablets with which Moshe Rabbeinu descended was in fact Torah on that level, and they lost that when he broke them.

All the laws in this week’s parsha and the rest of the Torah are part of a pre-Messianic version of Torah, embodied in the second set of tablets that we DID receive. On a lower spiritual level, all of Torah had to be detailed and spelled out for us. When we built the golden calf, we destroyed our messianic awareness and existence. We fell back to the level on which we now find ourselves.

Consequently, God consciousness is a difficult thing to achieve and an even harder one to maintain. Life is so natural that even people who BELIEVE in God and Divine Providence have a difficult remembering at the time that it is Hashem who drives history, national AND personal. Life only APPEARS random and accidents only SEEM to happen, but we deal with them as if they actually are.

Parashas Mishpatim follows Parashas Yisro in anticipation of the post golden calf era. It warns us not to forget that accidents happen for a reason, one that originates with us. Just as an unintentional public profanation of God’s Name happens because of a careless private one, likewise the unintentional damages we cause to others is the result of an attitude of carelessness that we may be oblivious to.

This is why, it is pointed out, that Pirkei Avos appears in Nezikin, the section of Mishnayos dealing with damages. Pirkei Avos is designed to help a personal increase their spiritual sensitivity, without which a person damages themselves and others.

The sound and light show of Parashas Yisro may have gone underground, so-to-speak, but it is really what is behind all those things we do that require Parashas Mishpatim to sort out. It’s not easy to see the hand of God in every last detail of life, and even harder when it comes to things that we never intended to do. But, that only increases the reward of the person who looks for it, and takes it to heart when they use their “accidents” as a reason to spiritually better themselves.

In fact, this week is also Parashas Shekalim. There is a very technical reason for why we read this section of the Torah as the Maftir. But, there is also a hashkofic one. As the Talmud says, the half-shekel we gave in Moshe Rabbeinu’s time counteracted the money Haman paid for the right to destroy the Jews.

A lot of history passed between one event and the other. For us, but not for God, for whom “a thousand years is but a day.” We may forget the things we do and what they mean. God does not. And they can either come back later to help us, or to haunt us.