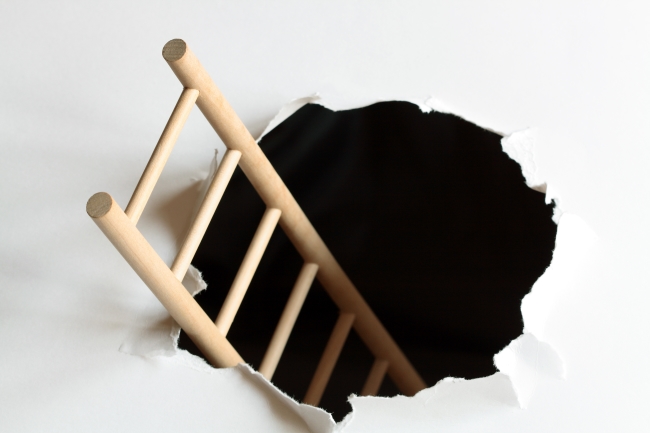 Will as the Way 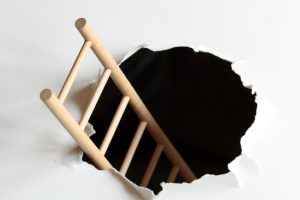 God told Moses, “Tell the Children of Israel that if a woman conceives and gives birth to a male, then she will be ritually unclean for seven days, as if she had her period.” (Vayikra 12:1-2)

THE DAY BEFORE Yosef was supposed to stand before Pharaoh to interpret the king’s dreams, he barely knew two languages, Hebrew and Egyptian. The next day, he knew all 70 languages, plus Hebrew. He obliviously took one of those online crash courses and learned them all the night before, right?

We read about Yiftach in the Haftarah for Parashas Chukas. There we learn that he did not have the best “yichus,” and was basically rejected by even his own family. Then his services were necessary to fight back an enemy nation, and he became a judge overnight. He must have crammed like crazy, no?

He wasn’t the only to achieve such quick Torah success. It turns out that the first Sanhedrin was not made up of the biggest talmidei chachamim of that time. At least not at first. Instead, the Jews who had protected their brothers from beatings back in Egypt had the merit to sit on the first Sanhedrin, miraculously gaining the knowledge to do so—just like that.

To be sure, there is no replacement for learning Torah, and you can be certain that someone who is lazy in that respect will not get any free gifts of knowledge from God. As the Talmud says, only a person who makes an effort to perform a mitzvah and is prevented from doing so for reasons beyond their control gets the mitzvah anyhow (Brochos 6a). Unless history requires otherwise, God does not deny a person success if they did their part of the job to make it happen.

There are countless stories of people who have physically and spiritually succeeded beyond what they should have. Sometimes it can be that the situation around them made them succeed, a function of Divine Providence, and they somehow rose to the occasion in ways they never thought possible, a function of even great Divine Providence.

Kabbalah explains some of the main methods employed by Heaven to boost a person’s ability. The main point is not so much how it happens, but that it does happen, and sometimes in very big ways. And, though it may seem like “cheating,” in truth, it is not when one recalls the main purpose of life in this world is free will.

People sometimes put their lives at risk to satisfy some physical desire. They are prepared to risk everything just to have what their body desires. They can make what almost seems like a superhuman effort to enjoy a physical accomplishment to which they totally relate. The test in life is in harnessing that same power of will to do what God wants.

We need to remember that the currency of the World-to-Come is “Mesiras Nefesh,” which is self-sacrifice. It is not called self-sacrifice when a person risks a lot and makes a great effort to satisfy a “tayva,” a personal physical desire. That is called sacrifice FOR the self, and that earns Gehinom instead.

It is called “Mesiras Nefesh” when a person overcomes the desire not to do the moral thing, and does that moral thing anyhow. It is called “Self Sacrifice” when the self would rather indulge in the material pleasures of this world, and a person gives these up for a nobler goal. THAT is what shows a person’s loyalty to God and truth, and earns them reward in Olam HaBa—the World-to-Come.

Such a level of will control is not something that comes overnight to a person. It is something that has to be built up over time. We are born selfish, and sacrificing FOR self is quite natural for us. The process of growing up is a process of LEARNING how to sacrifice for things more important than personal material desires. We’re allowed to physically enjoy life, but NEVER at the cost of truth.

We learn Torah in order to learn this, and to build up a commitment to this way of life. We perform mitzvos to train us to such a way of life. And, if a person is able to stay with the program, emotionally as well as intellectually, then they are able to become masters of their own will and to use it in ultimately meaningful ways. Over time, they become what we call “Tzaddikim,” (Righteous People).

We’ve also seen how some people have been able to reach high levels of will in relatively short periods of time. How were they able to do that? It can be because of a number of reasons, including how they were raised as children. It can be that the world around them imposed it upon them, through a war, for example. There’s nothing like crisis to make people grow up faster and take life more seriously.

Sometimes it can be that history requires it, as, for example, in Yosef’s case. He was already a tzaddik, but not one that needed to know all the 71 languages of his time. But, God wanted him to become second-in-command over Egypt by a certain time, and that required him interpreting Pharaoh’s dreams and, apparently, knowing one more language than Pharaoh. So God gifted it to him the night before his audience with Pharaoh.

Then there is the case of Moshe Rabbeinu. He knew all of Torah, not just what was known in his time, but even the elucidations of Torah that would ever emerge throughout all of history. Was 120 days on Mt. Sinai enough time to learn AND remember all of that? Of course not.

Exactly. Moshe Rabbeinu received such gifts because he was so special. Yosef HaTzaddik was supernaturally helped because he was so righteous and devoted to God’s plan for history. How can an “average” individual ever hope to be gifted such high levels of knowledge without ever actually learning them? It may be possible for SOME to benefit from such miraculous gifts, but the rest of us?

In the world of humans, if a person gets A+ without trying, he is not only gifted, he is great. As long as a person doesn’t cheat, great success is a great accomplishment even if not the result of great effort. We might even admire such a person even more because of their remarkable gift.

In God’s world, it works differently. “A” really is for EFFORT, because it is EFFORT that reveals a person’s level of will to do something. Effort is self-sacrifice, and when it is for something God appreciates as well, it means the world to Him, even if means little to others. And it is THAT which brings supernatural gifts of knowledge even to “average” people.

What does this have to do with a parsha that begins with the mitzvah of Bris Milah, covers the laws of Tzara’as, and ends with the laws of Niddah? Well, considering that all of them are the result of being banished from the Garden of Eden because of a misuse of will, everything. Furthermore, it was the illicit pursuit of Godly knowledge that was the basis of the sin that led to all the matters of Parashas Tazria and Parashas Metzora. Explaining that however would take at least another page.