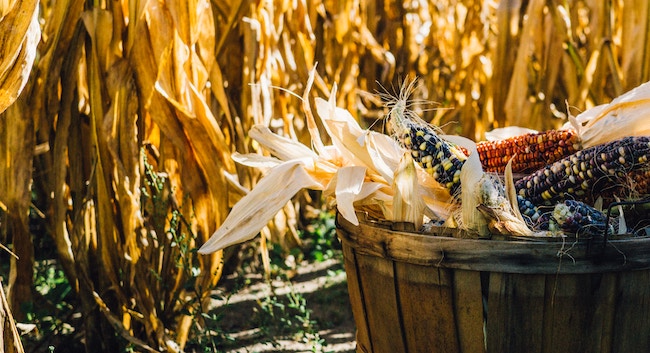 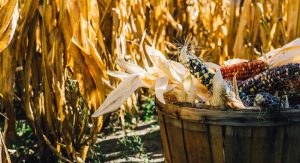 Speak to the entire community of Israel, saying, “On the tenth of this month, let each one take a lamb for each parental home, a lamb for each household.”   (Shemos 12:3)

I WAS RECENTLY told a dvar Torah from Rabbi Moshe Shapiro, zt”l, about the redemption process. It explains why redemption is compared to the planting of a seed, a mysterious process in its own right. We know HOW it works, but not WHY it works that way.

Basically, this is what happens. A seed planted in the ground has a hard covering called a seed coat. As the seed in the ground absorbs water it begins to swell, which ultimately splits the seed coat and then the embryonic plant inside begins to grow, all OUT OF EYESIGHT. Were a person to open the earth prematurely, they would arrest the process.

Eventually the plant extends its roots downward into the earth and unfolds the stem and leaf portion upwards towards the sky. When the plant breaks through the ground, you can still see the seed (and the baby leaves inside) on the little stem. The seed leaves provide food for the growing plant until the new leaves are big enough to do that on their own. Then the seed leaves shrivel up.

Exile and redemption work similarly. So much of what goes into a redemption begins in the exile stage, out of eyesight. Not just this, but so much of what is necessary for an upcoming redemption might look like just the opposite to us. After all, is it called “exile” if you can understand the “bad” while you’re going through it, if you can see how it is for the good? It is still called “suffering,” but is it called “exile”? What seems to make exile, exile, is the way the good it may lead to is hidden from our eyesight, making the suffering seem meaningless and therefore, more painful.

The Talmud says that three things come when we’re not paying attention: a scorpion, a lost object, and Moshiach (Sanhedrin 97a). The Maharal discusses the significance of these three, but based upon the previous idea, Moshiach is understandable even without the Maharal.

By definition, redemption is a process that only makes sense AFTER the fact. If we think we understand it BEFORE it happens, chances are we’re looking in the wrong place, or in the wrong way. More than likely, when Moshiach comes, it will be from a direction we either overlooked or didn’t even anticipate.

Perhaps this is why so many predictions made by people “in the know” did not pan out as planned. We’d like to believe that the predictions were correct, but we were just not ready for redemption to occur. It may be more that there were factors that were hidden from those making the predictions, affecting their outcome.

Maybe that is also why Ya’akov Avinu was denied the opportunity to tell his sons, the 12 Tribes, how redemption would unfold. It may not only be that they were not fully worthy to know such secret information in advance. It could have been that redemption, by definition, is the result of a mysterious process of exile. It’s just the way it is when it comes to exile and redemption.

Thus we see Moshe Rabbeinu having a difficult time with the exile-to-redemption process as well. After demanding that Pharaoh release the Jewish people from bondage, and watching their slavery increase instead, Moshe complained bitterly to God. But, instead of empathizing with Moshe for such difficult circumstances, He reprimanded him instead, and denied Moshe the opportunity to later lead the Jewish people into Eretz Yisroel.

Thus another name for Seder Zerayim, the part of the Talmud that deals with the laws of agriculture, is “Sefer Emunah,” the “Book of Faith.” After planting the seed, the only thing left to add to make it grow is emunah—faith in God, for the rain, and for a sprout that grows healthily. All we can do is to stare at the ground and look for the signs that all is well as we anxiously wait for the fruits of labor—literally.

But once it DOES sprout, then there is what to get excited about. There are things WE can do to assist the fledgling plant grow into a mature stalk. And there are preparations to be made so that when harvest time finally comes around, we are ready.

The same thing is true of redemption as well. Once it begins to “sprout,” as it did according to the Zohar in 5500, there is reason to get excited. The Vilna Gaon did, and instructed his students regarding what to do to make it flourish. Granted, it can still be a fair bit of time until the time for “harvesting” arrives, but there are plenty of things we CAN and SHOULD do to expedite the process.

That is because just waiting for a plant to grow can be risky. Just because a plant has managed to break through the ground and show itself to the world does not mean that it no longer requires nurturing. It usually does, and to not provide what it needs can end up allowing a crop to fail, even after it showed such promise.

The same thing is true about redemption. Obviously God can do whatever He wants in whatever way He wishes to do it. He chooses to allow us to play a role in the redemption process, and makes it occur in a way that we can. And to such an extent, that if we DON’T participate as we should, redemption can have extra glitches, or be postponed indefinitely.

This is why God has Moshe Rabbeinu tell the Jewish people about the Korban Pesach, and about putting the blood on the doorposts the night of the tenth plague. They may seem only like rituals to us, but they were part of nurturing the redemption through its final growth process, until the actual redemption occurred.

Not everyone at that time did what they should have. Consequently, only one-fifth of the Jewish population—only ONE-FIFTH—were able to reap the bounty of redemption when it finally came. The other FOUR-FIFTHS died in the Plague of Darkness because, when it comes to a redemption that MUST occur and cannot be postponed, then it is the unworthy who are pushed off beforehand.

And as Rava said, “It will be likewise at the time the Final Redemption as well” (Sanhedrin 111a). Redemption has sprouted. It’s time to nurture it.