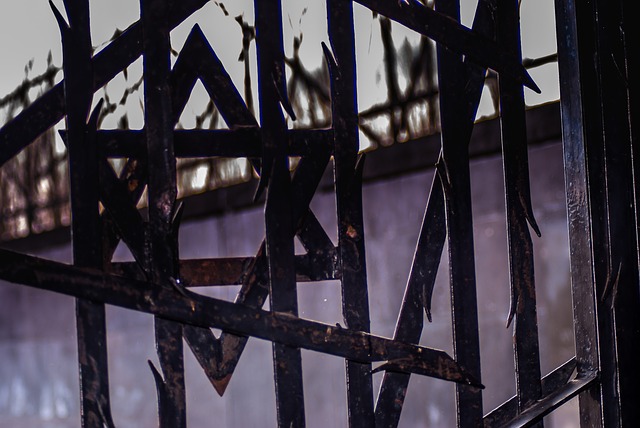 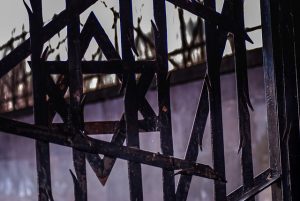 These are the words which Moshe spoke to all Israel on that side of the Jordan in the desert, in the plain opposite the Red Sea, between Paran and Tofel and Lavan and Hazeroth and Di Zahav.. (Devarim 1:1)

IF A TREE falls in a forest and no one is around to hear it, does it make a sound? The answer given:

Sound is vibration, transmitted to our senses through the mechanism of the ear, and recognized as sound only at our nerve centers. The falling of the tree or any other disturbance will produce vibration of the air. If there be no ears to hear, there will be no sound.

Well that solves that. Sound is a TECHNICAL reality, making the answer TECHNICAL as well.

This next question may be harder to answer. If someone does something against the Jewish people, is it automatically anti-Semitism? What if they don’t mean to be anti-Semitic, or see themselves that way? Can it still be called “Anti-Semitism,” per se.

Settlement wines cannot be labeled Made in Israel, according to Canadian court rules

Canada’s Federal Court on Monday ruled that wines produced by Israelis in the West Bank can no longer be labeled as Made in Israel. Challenging a previous decision by the Canadian Food Inspection Agency, Judge Anne L. Mactavish determined that labels describing wines made in the settlements as Israeli products are false, misleading and deceptive. In her ruling, she did not take a position on how exactly such wines should be labeled, saying this was for the Canadian Food Inspection Agency to decide. Mactavish also noted that settlements are not considered part of the State of Israel, as Canada does not recognize Israeli sovereignty beyond the pre-1967 borders.

To call Judge Mactavish anti-Semitic because of her ruling would not only be rash, it would be dangerous. Even if she harbored anti-Semitic feelings inside, they are not apparent from her decision. She was not the one to declare Israel’s post ’67 borders invalid. She just decided a case based upon an existing, perhaps anti-Semitic, Canadian law.

This of course will not satisfy those Jews who live by the philosophy, you’re either for us, or against us. It will, however, OVERLY-appease those who live by the opposite philosophy, that NOTHING is anti-Semitic unless it resembles what the Nazis tried to do to the Jews in World War II.

The answer to the question comes down to how one defines anti-Semitism. If anti-Semitism is merely targeted racism, then there are many things being done against the Jewish people that would NOT fall into the category of anti-Semitism. There are just a lot of misguided and ill-informed people out there. They think they are championing truth when in fact they are being manipulated by those who are probably anti-Semitic.

But if anti-Semitism is not racism, then what else CAN it be?

So it’s not that God NEEDS gentiles to hate Jews, and to perpetrate acts against them because of an innate hatred of God’s people. There’s a time and a place for that too. What really counts, when it comes to anti-Semitism, is the EFFECT, even more than the cause. Does whatever is being said or done make Jews feel less comfortable where they are living? If yes, then it is “anti-Semitism.”

Think about it for a moment. The Holocaust murdered at least six million Jews, one million of whom were children. It was Hitler’s, ysv”z, plan, and he was the driving force behind it, but he needed the help of 50 million Germans. And he needed the Allies to stay put so he could focus his resources on carrying out his “Final Solution.” Amazingly, he got all of that.

And to think that all of “that” began with a personal hatred for Jews because…he was rejected by the Academy of Fine Arts Vienna…twice…and he believed it was a Jewish professor who failed him?

If only he had become an artist instead.

The point is that anti-Semitism is usually way out of proportion to its causes. It doesn’t usually follow the rules of “natural” racism. Any Jew who thinks it does is just setting himself up to be painfully “disappointed.” Just ask all the very assimilated Jews of Europe who thought they could avoid the fate of their brothers by being more like the perpetrators than the victims.

The Talmud clues us in to this by associating “sinah—hatred” with “Sinai,” as in MOUNT Sinai (Shabbos 88a). That’s when the potential hatred of Jews began, the Talmud says, when the Jewish people accepted Torah, because…it made us DIFFERENT? Sometimes, but mostly because it made us responsible to God and Torah. Anti-Semitism is Heaven’s way of reminding us of our origin as a people, and the Torah lifestyle that came with it.

The bottom line? Don’t make the mistake of judging anti-Semitism by the “anti-Semites” that carry it out. If you do, then you will disregard anti-Semitism being carried out by non-anti-Semites, who might even think that they are merely being “fair,” or at least politically correct.

Anti-Semitism has more to do with what’s on Heaven’s mind, with the message GOD wishes to send to His people. He tries to talk to us nicely at first, through the Torah and people who already get His message. But if they’re not listened to, and time is running out according to God’s master plan, then anti-Semitism becomes the venue of necessity.

This Shabbos is Shabbos Chazon and, according to the calendar, Tisha B’Av itself. We’ll push it off to Sunday, so we can sit on the floor by candlelight, read Eichah, and then say Kinos. Then we’ll doven Mincha, Ma’ariv and break the fast. We’ll catch up on nine days of unlaundered clothes and prepare for vacations during Bein HaZmanim. It’s been happening every year now for who knows how long.

But will we walk away with the most important message of all? This is not only about mourning the loss of both temples, and all the other calamities to have affected the Jewish people. It is also about recalling how they come to be when we confuse anti-Semitism for racism. THAT is the beginning of turning Jewish history around and working towards making Tisha B’Av into the holiday it will eventually be.