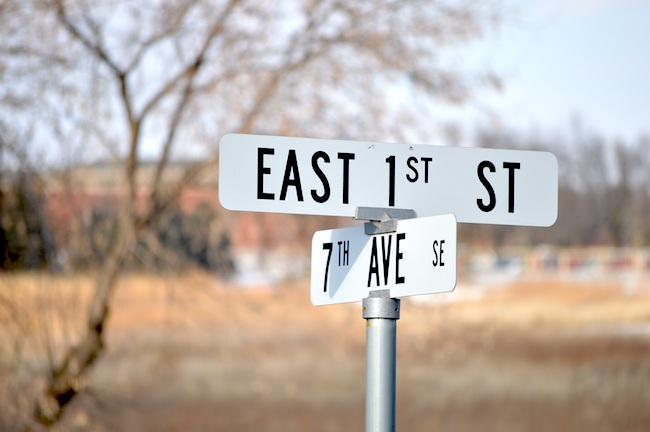 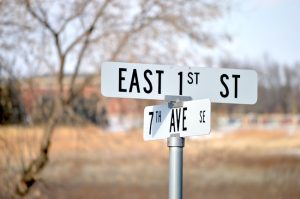 And God spoke to Moshe after the death of Aharon’s two sons, when they drew near before God, and they died. (Vayikra 13:26)

MANY PEOPLE ARE disappointed that this Pesach did not result in the final Redemption, meaning Moshiach did not reveal himself, evil was not destroyed, and the Jewish people remain in exile and affected by the ills of the world, such as the coronavirus. It is, basically, business as usual, the same after Pesach as it was before Pesach. Not only this, but there is even talk of improvement, and the easing up of restrictions, seemingly indicating that if the pandemic was meant to be a harbinger of redemption, it failed.

Here is something to keep in mind, though, in the coming weeks. As we learn from the redemption in Egypt, which the final one is supposed to resemble, redemption came in stages. Not everyone “gets it” right away. Moshe Rabbeinu only impressed a few party faithful in the beginning, having to perform increasingly greater miracles to bring holdouts onside over the course of many months. In the end, he only convinced one-fifth of the overall Jewish population of that time that redemption was imminent, losing the other four-fifths—12,000,000 Jews in total!—to the Plague of Darkness.

Judging by how many people have changed for the better as a result of THIS plague, we’ve only just begun.

Furthermore, it should be recalled, that each of the first nine plagues lasted a month. But that month consisted of THREE weeks of warning and only ONE week of plague (the death of the firstborn only lasted one night). That meant that all of the water was blood for only a week, after which it reverted back to water again. This was followed by three weeks of warning about an epidemic of frogs, but no more blood. The Egyptians were probably so relieved to have water back that they never really considered what the same thing looked like with frogs. The same thing after the frogs, and the lice, etc.

Yes, the coronavirus may be subsiding, but was it THE thing, or just the thing on the way to THE thing. Who KNOWS what is coming next, other than God Himself? A financial meltdown that has yet to sink in? A mutation of the first virus? Social anarchy? We don’t have prophets, PERIOD. We don’t know the future, PERIOD. Everything WE think or say about the future is completely projection and mostly speculation. If we had even a penny for every time the experts have been wrong, we’d be multimillionaires by now, at least.

And one more thing to consider, for NOW. Creation is about a lot of things to US, but it is about only ONE thing to GOD: bechirah, that is, free will. Judaism 101 stresses that this world is but a corridor to the next one, which is eternal and perfect. Free will, which we’re supposed to use to pursue the good and reject the evil on a moment-to-moment basis, is the means by which we earn the right to go there.

We are right to focus on all the GOOD things that will happen once Moshiach reveals himself and brings order to the chaos that is modern society. But we should not forget that one of the good things to end at that time will be free will. Moshiach’s arrival is synonymous with the end of ALL evil, and therefore, free will. It’s “forced retirement” for everyone, meaning what you earned until that time will be all you will ever have henceforth to go “shopping” for eternal bliss in the World-to-Come.

Right now, for most of us, those are only words. It seems that most people do not even appreciate the free will they currently have, what it is, and how they should use it. We’d be surprised, more likely SHOCKED, to find out how few free will decisions we make during the course of an average day. We’ll BE shocked how much eternity we could have earned throughout the course of our many lifetimes, but just didn’t.

Fortunately for us, God has our backs. HE values our free will and knows how sad WE will be once we lose it. (According to the Talmud, we’ll even mourn the death of the yetzer hara.) There’s nothing like the loss of something valuable to teach you just how valuable it is—was. There’s no sense giving $100 to a baby who will only drool on it and maybe even eat it. We’re kind of like that when it comes to free will.

So, yes, redemption IS overdue. But not because history hasn’t arrived at its destination. It HAS, and DID some time ago. It’s the “passengers” who refuse to pay the meter and get out. We act as if we still have a way to go when we’re actually right where we NEED to be. And we’d just stop talking on our phones or whatever to be in the moment long enough, we’d notice that too.

So if you happen to be one of the fortunate few who are ALREADY on the same page as God and His plan for impending redemption, be a bit more patient. And, more importantly, make some GREAT free will decisions in the meantime, while you still can, which is NOT for much longer. Others still have to catch up, and that will take a little more time.

But just a LITTLE more, though. For, as the ninth plague in Egypt taught us and the Talmud reiterates, God does not wait forever. The “music” WILL stop at some point. And if that means a LOT of people do not make the final cut, well, let’s just say that the numbers do not intimidate God from doing what He deems necessary.

What does all of this have to do with this week’s parshios?

This week’s parsha starts with the Yom Kippur service, which is to atone for free will abuse. The abuse of free will is the greatest sin about sinning. That’s why the sin changes status based upon a person’s will. If they WILLED to sin, they are called “meizid,” and had to bring one kind of sacrifice, and if they did it accidentally, they are called “shogeg,” and brought a lesser sacrifice, because the net effect on Creation was less.

This is also why Nadav and Avihu were killed the way they were, on the inside while their bodies remained intact. Their sin was executed in the physical world, but it was punishment on the inside one (their souls were “burned” out from within them). Their act may have been correct, but their intentions were not…their wills had been off the mark.

Hence Moshe Rabbeinu told Aharon back in Parashas Shemini that Nadav and Avihu had been greater than the two of them? BUT THEY DIED BY THE HAND OF GOD! HOW IS THAT GREATER? Because they had become so inspired to serve God and connect to Him on such an ultimate level that it drove them to take the risk they did. That part of what they did had inspired Moshe Rabbeinu.

But God had already prescribed how He wanted things to run in the Mishkan. Rules were in place, upon which thousands of years of Jewish history were going to be based. Any “free-styling” in the service of God from that point onward had to be within the guidelines of halachah, not above them, as the act of Nadav and Avihu had been.

Some people believe that a Torah lifestyle limits free will because it limits what you can do and how. But that’s just the yetzer hara talking, which likes to do what it feels like doing more than what our souls want to do. Everyone knows that it takes more free will to live within a system than beyond one, especially when that system goes against the yetzer hara, as Torah is meant to do.

We need to remain cognizant of this, especially at this time in history. The rest of the world is distracted by the pandemic and its attendant problems while furiously trying to come up with a vaccine. It’s all important stuff, but the most important thing for a Jew is to make sure that we use this opportunity to maximize our use of free will.

That means taking a look at your life, especially your “service of God,” and asking yourself, “What can I do better?” or “Where I can do more?” If it’s a sin we’re talking about, then the question would be, “How can I do it less?” Either way it takes free will, and that is the whole reason for Creation…for every moment of conscious life. So we might as well heighten our consciousness of it, and use it the way God intended.