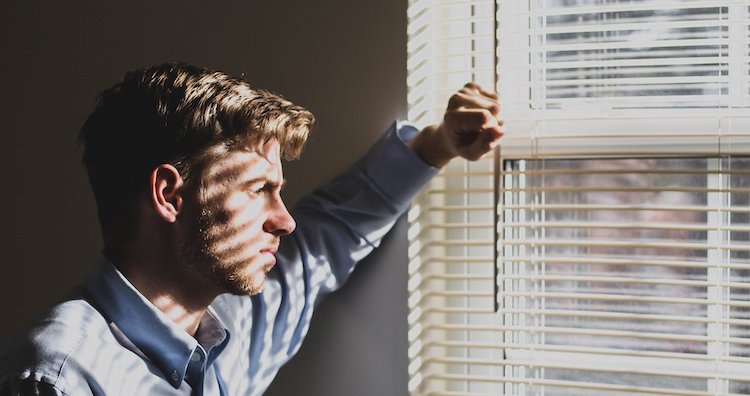 What We DON’T See 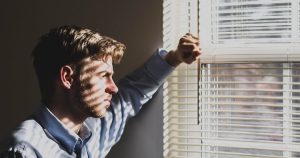 Bilaam said to Balak, “Stand beside your burnt offering, and I will go. Perhaps God will happen to appear to me, and He will show me something that I can tell you,” and he went alone. (Bamidbar 23:3)

ISN’T IT AMAZING how history can barely change in any dramatic way for decades, and then all of sudden something happens and BOOM!, overnight everything is turned on its head.

At least that is the way it seems to us. So many people had no idea that there were planes headed for their businesses in the Twin Towers the morning of September 11, 2001. They had gone to work like any other day, and had planned to return home to their families at the end of it, like they had been doing for years. Within a couple of hours, they were gone from the world, and the world itself was in shock and turmoil.

I was in the States at the end of January. The coronavirus had yet to change much, though there were some signs that changes were coming. But not to the extent that they eventually did, which is why I did not use the opportunity to go to Toronto for a day to visit my mother. She was supposed to come to Israel for Pesach, a few weeks later, so I figured I would see her then.

Then came COVID-19, and the cancellation of international flights. The truth is, my mother had already cancelled her flight because of the risk factor, but had she not, the airlines would have cancelled it for her. No one was going to Israel for Pesach unless that was their home, and even they had to go right into quarantine for two weeks.

Needless to say, I very much regret not having taken the opportunity to visit my mother that trip. In retrospect, it seems like such a wasted opportunity. Had I been consistent with one of my mantras, “You don’t know what tomorrow will bring, so do the important thing today,” I would be writing this now with a sense of gratitude instead.

The truth is, radical change rarely happens on a dime. On the contrary, it is usually the result of an ongoing process that may have taken years, decades, even centuries. It’s just that, in the beginning, much of that process usually occurs out of eyeshot, or so subtly that we don’t realize that radical change is in the works.

Someone I know was overweight for years (besides me). Then I did not see him for a couple of weeks, and when I did, he had lost most of his weight (if only that was me). I heard someone ask him the question that the rest of us were wondering: Did he have the stomach operation that facilitates quick weight loss? I thought yes, for sure.

But he said no. Instead he had been a diet for a while, and had lost the weight. As they say, it comes off the way it went on, meaning that a person loses weight in the reverse order that they gain it. Since his enlarged stomach had been the first added, it was the last to go.

As he continued to diet, he lost weight in places that most of us didn’t notice, so we didn’t think he was losing any weight. Eventually after losing all the other weight, he began to lose weight from his stomach, and when we saw him next, he finally looked the part. That should be encouragement to all dieters to stick it out, even if they can’t see many results in the beginning.

This is the message of this week’s parsha. The story of Balak and Bilaam is amusing, but more than that, it is instructive. Why do we even need it? Because it reveals to us what we otherwise would not have known, that lots of history takes place beyond what we see, and God has our back. And because we should learn that what we do see doesn’t just emerge out of thin air, but is the result of ideas and events that were set in motion without our being aware of them.

That’s why we end our Shemoneh Esrai with a prayer to God to foil the machinations of those who plan against us. We remind ourselves that God’s help goes far beyond what we recognize. And, it reminds us to not be so naive when it comes to the world around us, especially as Jews, and especially on this side of history. Especially at this stage of history.

No one really focuses on this hugely important lesson or teaches it very much. It’s not ingrained in Jewish children or adults. And yet, clearly the failures in Jewish history can be attributed to our lack of perception of what COULD happen based upon what WAS happening.

Who is the wise person. The one who sees what is being born. (Tamid 32a)

Anyone looking can SEE what is being born. It takes a wise person to see what it can evolve into. It also takes a non-biased one as well, because “bribes blind the eyes of the wise.” When what stands to be lost in a decision is more real than what stands to be gained, the person will throw caution to the winds of change and take the risk that so many millions over the millennia have regretted taking.

We’re watching that happen again today. Life in the Diaspora, but in particular in the United States, has reached that precarious point in history when a Jew has to decide: Is this the time to get out?

You can ask yourself the question, and you should. You can ask your neighbor what he thinks, and that can be good or bad. And you can ask a shailah from your Rav to get a halachic perspective on the matter, as you should. Not every opinion helps, but not enough opinions doesn’t.

But don’t forget to ask Jewish history, the most important opinion of all. How I wished my rabbis growing up had told me, “Listen, we’re in the Diaspora for now, but it is exile, and the last one at that. Don’t forget it has to end at some time, and how in the past when it did, we were never ready for it. Go out  and be successful, but always keep one eye down the road on the inevitability of a surprise ending, and be as ready for it was you can be.”

This is true, by the way, for Jews of every level of belief. Just go back 80 years, and you will see that when “they” came for us, they did not distinguish between one group of Jews, as we do. They saw us as God does: a Jew is a Jew is a Jew.

That’s not a RELIGIOUS fact.

And we can assume that if, God forbid, “they” come for us again, they will act similarly. After all, they’re really only acting on behalf of God, and as part of the process of redemption. Yes, anti-Semitism may drive them on the surface, but as I have pointed out on so many different occasions, anti-Semitism is really God’s way of moving the pieces around, in particular, the Jewish pieces.

Depending upon who you are, what are your values, where you live, and what you believe you have to lose, you will either take this message to heart, or ignore – maybe even despise it. It won’t be the first time in Jewish history this has been the case. But this time, b”H, it will be the LAST.