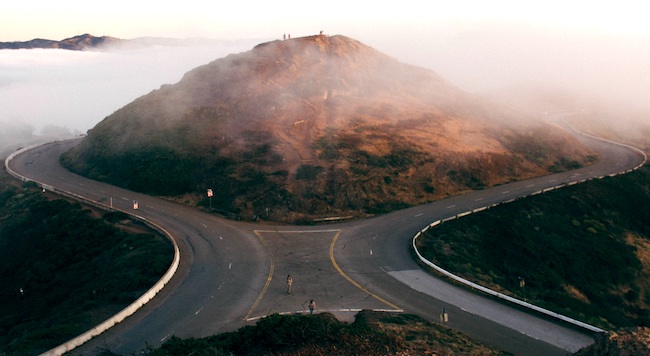 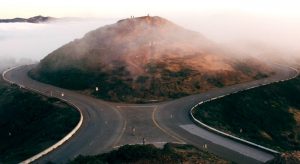 And Sarah died in Kiryat Arba, which is Chevron, in the land of Canaan, and Avraham came to eulogize Sarah and to cry for her. (Bereishis 22:12)

THE TORAH IS not about drama, clearly. Had this been a Hollywood production, the end of last week’s parsha and the beginning of this one would be a LOT different. Sarah didn’t just die. The Akeidah KILLED her, and the Torah says NOTHING about it.

For those who do not know, the Midrash says that Sarah had been unaware of Avraham’s mission. However, Og somehow knew, and he went and told Sarah that the son she had waited her entire life for was about to be slaughtered to God by her husband. He even lifted her up so she could verify his words by seeing in the distance. He was a giant so that when he raised her she was higher up.

According to some, her soul left her when she saw Avraham take the knife to slaughter Yitzchak. Some say she died when saw him abstain, not knowing that it was an angel who stopped him. But everyone agrees that she died at the climax of the Akeidah.

The Ohr HaChaim introduces a little Kabbalah to help explain the tragic and shocking death of Sarah Imeinu. It was her final tikun, and the Torah testifies to the level of personal perfection she reached, undoubtedly due also to her final moments of life.

But imagine the shock of Avraham Avinu upon returning home and finding out what had happened in his absence, and why. It was long before the time of social media, and he probably would have had poor reception anyhow. He did not have much time to prepare for the news, if any at all.

And imagine the disappointment! He thought he had “won,” meaning that he had gone the full distance and was ready to sacrifice Yitzchak. Then he received the good news that he didn’t actually have to go that far, and that Yitzchak would survive, marry, and have children. He had had his cake, and ate it too…so he had been led to believe.

As if to add salt to the wound, he couldn’t even just bury Sarah…even in the land destined to be his. He had to bargain for a burial spot with some of the lowlifes of the land, and pay top dollar for his OWN inheritance. And he had to do all of that without questioning God’s plans at all (Sanhedrin 111a).

In general, we know that one plus one equals two. Two plus two equals four. And it is so nice that it does, because it makes life so predictable and therefore, controllable. We go to bed each night with the confidence that the sun will rise again the next morning. Without that confidence, it would be difficult to relax and fall asleep, like during a war when bombs are falling all around increasing the chances of one hitting your bunker.

Then there comes a time when one plus one does NOT equal two, like it should, and the sun does NOT rise the next day as normal. We do not understand that just because Avraham followed the command of God and loyally brought up his son as a sacrifice, he should lose his beloved wife, and not even be there to say goodbye? Because he sacrificed his “normalcy” to follow God, he should have to be tested over-and-over-and-over again?

I’ll speak for myself. I have no delusions about my personal level of righteousness. False humility aside, I know I am lucky to be alive. My continued existence is a testimony to God’s immense mercy. Really.

Yet, like the Talmud says, I expect the reward of the righteous. I HATE when things go south in life. I REALLY hate when they go wrong after I have tried so hard to make them go right. And I really feel victimized when things go awry out of “nowhere,” when I am just thrown into what seems to be have been an impossible situation. People second-guess God after a lot less.

Even Moshe Rabbeinu was chastised by God for doubting His actions. Moshe had gone down to Egypt to free the Jewish people and ended up causing their slavery to worsen. It upset him, and he questioned God about it Who, the Talmud says, expressed His disappointment in Moshe (Sanhedrin 111a) though, quite frankly, it is hard not to relate to Moshe’s position.

So what was it, blind faith? Is that what separated the Avos from the rest of us? They were able to blindly follow God while the rest of us want, NEED to understand God’s method behind what we perceive to be madness.

It was faith, but it was far from blind. It was faith in the knowledge that once you throw your lot in with God, He throws His lot in with you. He may make it rain on your parade, or worse, a lot worse. But it doesn’t mean He is against you, and or even just ignoring you. It means that he’s dealing with you on a level too deep for you to comprehend at the moment.

You don’t have to. You just have to comprehend that this is the case, INTELLECTUALLY and EMOTIONALLY. In practice, we have Nachum Ish Gamzu as a great example. Whatever went wrong, he always said “This too is for the good.”

But he didn’t just say it with his lips.

He said it with his heart.

This is never an overnight process. It’s one that comes from years trying to get to know God on the most intimate level humanly possible. It comes from becoming so familiar with His plan for Creation that hester panim, the hiding of God’s face, becomes impossible to you. If you know every place someone hides during hide-and-go-seek, they’re basically found before they even start.

Hester panim is only for the people who “allow” God to hide. By living superficially and by just “going with the flow,” taking things in stride as they happen to come up, a person can become desensitized to Divine Providence. So when it finally enters their life—in an upbeat way or the opposite—it comes as a great surprise, one that is usually not appreciated by most people for the spiritual opportunity it is meant to be.

The military deals with this in physical combat training. They train their soldiers to become so familiar what their environment around them and how to respond to it in order to take the guess work out of their missions. Success or failure can be split seconds away from each other.

Torah is supposed to train us to do the same spiritually. I would go even so far as to say that when Avraham came home and found out that Sarah had died, and how, he had not been surprised. They had loved each other immensely, and they had been one. But he had been one with God the most, and that is what gave him, and can give us, the ability to deal with our challenges and disappointments without sacrificing any loyalty to God.