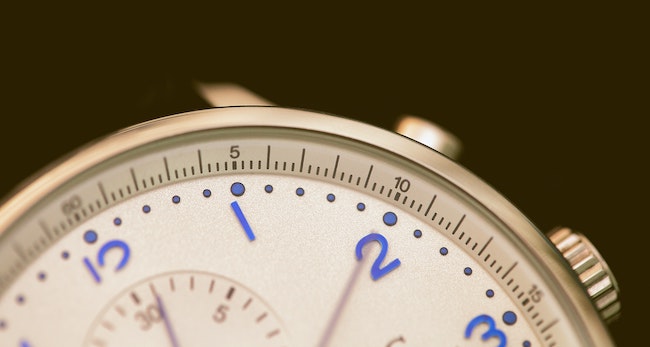 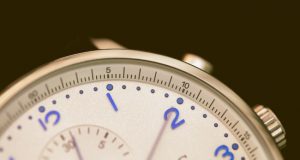 RECENTLY I NOTICED someone who lost weight, and asked him about it. I knew that he had tried to diet many times in the past, unsuccessfully. I thought he might have had a stomach operation, which isn’t so uncommon these days. “Nope,” he told me. “I have lost weight by dieting only.”

“It’s not the first time you have tried,” I reminded him. “What worked this time?”

“You’re right,” he said, and then began to mention all kinds of tips about dieting that he had taken for granted in the past. “One of them,” he said, “a really important one, is actually in the Torah itself.”

“In Parashas Ki Seitzei,” he told me, “right at the beginning in the mitzvah of the Yafas Toar.”

The mitzvah of the Yafas Toar is the Torah’s response to a Jewish soldier’s “fatal” attraction to a gentile captive. There is a Torah mitzvah to not marry outside the faith. But as has happened so many times throughout Jewish history, especially during wartime when people are emotionally vulnerable, the soldier’s attraction to a beautiful enemy interfered with the keeping of that mitzvah. The wartime circumstance requires a separate mitzvah that basically is “damage control.”

That’s just the way life is these days. Once upon a time, the entire Jewish nation lived on one land, in Eretz Yisroel, and there was no need to be exposed to foreign nations in any intimate way. It made avoiding intermarriage easier, and the mitzvah of Yafas Toar, irrelevant.

But we do not yet live in the Messianic Era, and that has meant many wars. Even worse, we have been exiled from our land and deposited among the nations. Though very often THEY did not want to fraternize with the Jews, it often happened. Unwittingly, relationships developed between Jews and non-Jews, and this became religiously dangerous. This is why the rabbis, fully aware of the risks of such relationships, made laws to limit such interaction.

If this was true while Jews still adhered to Torah law, how much more so has it been true with Jews who aren’t even familiar with the source of such laws, the Torah. Hence, one of the main things Ezra had to do after the story of Purim, was examine many of the marriages that had occurred during exile. He had to determine their halachic outcome. Moshiach, we can see, will have to do the same.

The parsha, however, is talking about a Torah Jew who lost himself during war. Overcome with infatuation, he has set his mind on a female captive with a plan to marry her. Telling him no at that point, the Torah says, will be fruitless, and therefore a different tact becomes necessary.

So the Torah, instead, says yes, with conditions. First, hold off for a month before marrying her. Give her some time to mourn over her disconnect from her family and past, which means letting her appearance worsen. If at the end of the month, the Torah says, he still wants to marry this woman, then she has to halachically convert before becoming his wife.

It is psychological warfare against the man’s yetzer hara. Passion for the wrong thing is most intense at the moment, and can surprisingly dissipate with time. It is the plan of the Torah to give this man’s yetzer hara the impression that it has won, so that it will back down somewhat. The Torah is in fact giving the man’s yetzer tov some time, by stretching out the moment of passion until it weakens and possibly fades.

Rav Shlomo Brevda, zt”l, once gave a talk to my Bais Midrash back around 1982. He was making a similar point, and brought a real-life example to show its power. Years earlier, he had given a shiur to some young men about Yosef’s resistance to the advances of Potiphar’s wife in Parashas Vayaishev. He told them how Yosef withstood his incredible test by repeating to himself, “Just one more second, one more portion in the World-to-Come!” He didn’t stop until his moment of passion passed, at which time he fled for his spiritual life.

Some time after that talk, Rav Brevda related that he received a long distance phone call from one of the students who had been in that shiur. “Your words saved my life,” the student told his rebi, who then proceeded to tell his own Yosef-life story of test and resistance.

This “bochur” had been flying back to America to visit his family during one of the yeshivah breaks. Though he must have looked the part of a religious Jew, still one of the stewardesses took a liking to him. She even asked about his plans once they landed. Apparently he struggled to do what he knew was the Torah’s only viable course of action, and felt overwhelmed.

That’s when he remembered the story of Yosef, and began to employ Yosef’s strategy. “Just one more moment,” he quietly told himself, “one more portion in the World-to-Come.” He also repeated this mantra until his passion passed, and he was able to refuse the stewardess’ advances. Eventually he was able to deplane with a clear conscious…and a lot more of the World-to-Come.

Today many call this “mindfulness,” which basically amounts to bypassing your initial automatic response to situations and using a more thoughtful one. A person’s initial and automatic response is usually instinctual, and can be inappropriate for the situation. The brain is quick, but not always accurate without some kind of thought process preceding its decision.

It takes but a couple of moments to examine a situation and assess whether to go with the auto response or to act differently. Then a person can avoid a catastrophe that would have probably resulted from a costly mistaken response. In many cases, a few more seconds would have avoided the undoing of countless years of success.

This approach to ta’ava—desire, my dieting friend told me, was what was making the difference on his current diet. In the past when he was overcome with a desire to eat something, even if it was healthy or at least “not that fattening,” he succumbed. Of course, he would regret it afterwards, promising that he would exercise it off, and eat less later.

Maybe he would, maybe he wouldn’t. All he knew was that he either gained weight or didn’t lose it. You can fool yourself most of the time, but you cannot fool the scale any of the time. “I would convince myself that I was compensating for my capitulation, but then I would go onto the scale and it would yell at me, ‘LIAR!’”

“I even convinced myself for a while,” he explained, “that it wasn’t me, but my metabolism. I would tell myself (and others who told me to diet) that my metabolism had slowed down with age, and that I was no longer able to burn off calories as I once had done, even with exercise.”

“But since I got honest with myself and my scale,” he said with a knowing smile on his face, “I saw that my metabolism, though slower with age, was still working just fine, thank God…if I didn’t burden it with unnecessarily calories to burn off. I was like someone who sinned and then told someone else to fix it for me!”

On one level, what my friend told me wasn’t new. The Torah is quite clear, and the Talmud makes its strategy even clearer. But sometimes it takes a good personal success story to drive the point home emotionally as well. That’s when it becomes real to a person, like it did to the bochur in Rav Brevda’s story. I heard that story almost 40 years ago, but I can still see and hear Rav Brevda telling it.

Everyone has a “yafas toar” in their life at some time or another, in one way or another. It’s what everyone’s yetzer hara does best. Therefore, the Torah’s strategy is not just for the soldier of physical war. It is for the “soldier” of every spiritual war, and that applies to anyone trying to live a moral life.