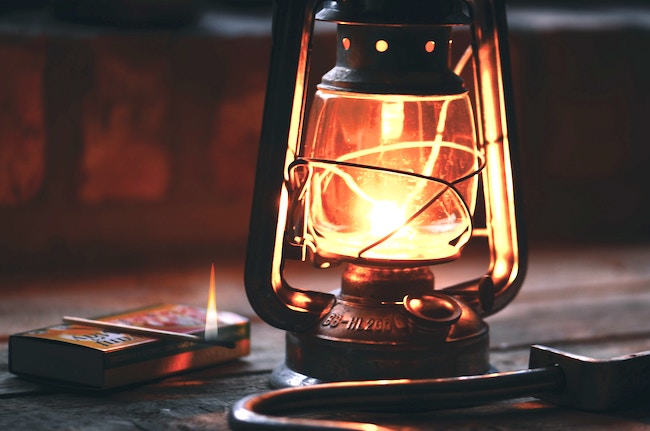 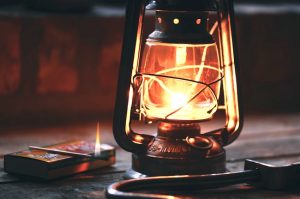 It’s a remarkably deceptive matter. Everyday, billions of people, for thousands of years now, have gone about their lives based upon what their eyes have seen and their ears have heard. Consequently, they have gone to their graves, many after LONG lives, having missed the point of life.

Thus most people never move on past their lowest level of soul, the Nefesh, even after many reincarnations. There is plenty to rectify on this level alone, but life with access to only the Nefesh is nothing compared to a life with access to higher levels of soul. As much as such people feel “themselves,” they are really just a fraction of their true selves.

It is like the difference between Ya’akov and Yisroel, one person on two VERY different levels. When the verse says that the angel of Eisav could not overcome “him,” Kabbalah explains that the “him” was Yisroel, not Ya’akov, whom the angel COULD have defeated.

From the account of their epic all-night wrestle, it sounds as if Ya’akov only became Yisroel BECAUSE of his victory:

But from Kabbalah, it seems more as if he FIRST became Yisroel, and that it was THIS that allowed Ya’akov to defeat the angel. The change of name after the fact, and then officially after the incident in Shechem, was only Divine confirmation of the transformation.

When? How? What happened to Ya’akov Avinu to cause him to leap to the next level called “Yisroel”? Whatever it was, it seems to have been the same thing that transformed the Chashmonayim in their time, inspiring them to go from PASSIVE-CONQUERED mode to PROACTIVE-CONQUEROR mode. It was this that led to their remarkably miraculous redemption:

And apparently it did in Ya’akov’s time as well, though the verse does not even hint to it:

From where did Ya’akov get this jar? When he picked up the stones from under his head and returned them in the morning, he found a stone that had a jar of oil in it, and he used it to pour on the top stone. When it refilled itself, Ya’akov knew it was set aside for God. He said, “It’s not right to leave this here.” (Yal-kut Reuveini, Vayishlach)

So he didn’t. Ya’akov took that jar of oil with him everywhere he went. He took it with him to Padan Aram for 20 years, and when he finally decided to return home in his 34th year, he made sure to bring it back with him. And the night before his historic identity change, it was the reason he found himself alone on the other side of the Yabok fighting with the Angel of Eisav.

As is often the case with Torah, the addition of just a “little” piece of information, dramatically alters the storyline. The Talmud makes it seem as if Ya’akov returned for the jar. The Midrash corrects this and says, that it was for the MIRACULOUS OIL inside the jar that Ya’akov risked his life.

Nevertheless the story cannot end here. It helps to know that Ya’akov greatly valued the jar because of the miraculous oil inside of it. The question is, what does the oil have to do with his transformation from Ya’akov to Yisroel, in Ya’akov’s time AND in the time of the Chashmonayim?

It’s a VISION thing. Somehow shemen zayis—olive oil—is tied up with the idea of VISION. This is why Ya’akov needed the oil to anoint the monument he built because of the vision he had had the night before:

And Ya’akov woke up from his sleep, and he said, “Indeed, God is in this place, and I did not know [it].” And he was frightened, and he said, “How awesome is this place! This is none other than the house of God, and this is the gate of Heaven.” (Bereishis 28:16-17)

Certainly Ya’akov had known that Har HaBayis, the Temple Mount, was a special place, the holiest one in the world. It’s the reason why, after going all the way to Charan, he returned BACK there to pray. Nevertheless his dream greatly enhanced his vision of just HOW holy the place was, of the level of Godly revelation that was possible there.

Perhaps he already knew that too, but had just experienced it for the first time. After all, it was such a level of revelation that drew Avraham to the place to complete the test of the Akeidah. After traveling for three days in the direction of Jerusalem, not knowing where to stop for the Akeidah, God finally gave Avraham a sign that he had arrived: the Shechinah hovering over the mountain.

According to the Midrash, once he saw the sign, Avraham wasn’t sure who should continue with him the final distance. He knew that it was a miraculous vision, so he figured anyone meant to accompany him would see it too. When Yishmael and Eliezer both could not see it, he knew to tell them the following:

“You stay here—Peh-Heh—with the donkey, while I and the lad will walk until there—Chof-Heh—prostrate ourselves and then return to you.”  (Bereishis 22:5)

They are but two simple “location” words, but of two dimensions. The word “here,” or Peh-Heh in Hebrew, equals 85 in gematria. Adding one for the kollel, a form of gematria that hints to higher spiritual roots of a concept, the gematria is 86. This is the numerical value of “Elohim,” the hidden reality of God that people often refer to as “nature.”

The gematria of “there,” is 25—Chof-Heh, and with the kollel it is 26, another Name of God referred to as “Hovayah.” This is the four-letter Name of God that we do not pronounce as written because it is too holy for us at this time in history. It is associated overt revelations of God, and therefore the Shechinah—Divine Presence. The deeper message to Yishmael and Eliezer was, “You stay here on the level of Elohim while we go there, to the level of Hovayah.”

Which brings us to shemen zayis. There is the shemen, and there is the zayis. The zayis, which is very bitter, is the fruit that really can’t be eaten unless it is first pickled. The oil is fruit of the fruit that cannot be used unless first EXTRACTED from the olive. But after having done that, it can be kindled to produce brilliant LIGHT, brilliant previously HIDDEN light. To be continued…