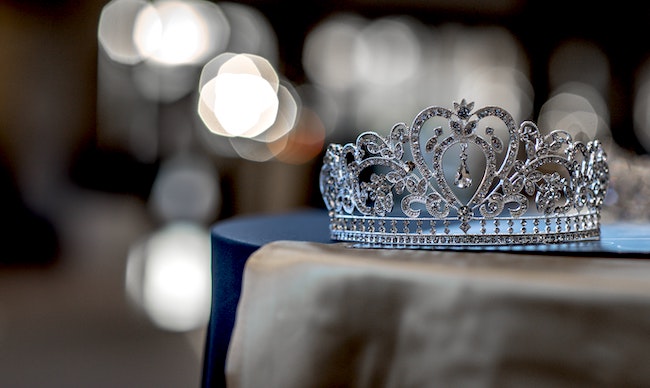 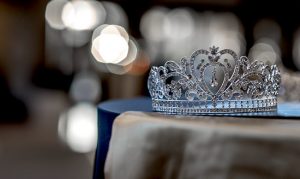 Furthermore, the Talmud says that if a person wants to learn and keep Torah, they must make themselves into a midbar—desert, a symbol of humility. It is ownerless, trampled by anyone who goes there, and produces little of physical significance. Likewise, a person who sincerely wants to learn Torah has to detach themself from the trappings of this world. Otherwise, their heart will be divided between the eternal world of Torah and the temporal world of materialism, something many a Torah Jew struggles with especially today.

I have also pointed out in the past that the same letters that spell “midbar” also spell the word “medabehr,” which is someone who speaks. Considering that Onkeles says that receiving a soul gave us the power of speech, and the Talmud says that the entire purpose of life is to speak in Torah (Sanhedrin 99b), this is hardly incidental. The Zohar even says that it is a person’s speech that reveals who they truly are.

Speech is one of those things that is so natural that we tend to take it for granted. Until that is, a person loses the ability to speak, God forbid. Taking it for granted makes it very easy to abuse, so that even theoretically “refined” people sometimes resort to foul language to make their point, or to leave their mark. As if this wasn’t bad enough in everyday life, people pay money to watch others speak that way, for no other reason than “entertainment.” It just makes it so much more “lifelike.”

But not if you’re a superhero. Somehow people know that having a superhero use inappropriate language makes them, well, so much less a superhero. And when a more down-to-earth hero seems to accomplish great things without “compensating” with bad words, it seems to make them so much more, well, super.

Many argue that it has nothing to do with anything real. They claim that someone got the idea a long time ago that what they defined as “inappropriate” language was base, and somehow convinced society of this as well. They believe that people’s distaste for such language, and the people who use it, was nurtured, not “natured.” And they are right, sort of.

A CHILD HAS no problem with filth. They do not feel any need to run and grab a tissue just because their nose is running. They are okay with torn and messy clothing, even in the fanciest of places. This is why when we see adults behave similarly, we think they are immature if they do not have a “mature” excuse to look so unkempt.

There is something emotionally “cleansing” about being physically clean. We NEED a good shower at the end of a hard day, and we NEED to clean up before eating. Somehow being clean enhances the human experience. I appreciated this even more when watching a cat the other day roll back and forth in a very dusty patch to scratch its back and sides. The cat felt great, but I all of a sudden had a desire for a shower.

We have a word for it: dignity. This is “the state or quality of being worthy of honor or respect.” We crave honor. We demand respect, first from ourselves and then from others. Somehow being honorable and respectable validates our existence and makes it more meaningful. Though our bodies may buy into the whole “survival of the fittest” thing, there is also something about being human that demands we tweak our definition of survival “fitness.”

This is what children lack, a sense of dignity. A child will not hesitate to do things that we, as adults, may also want to do, but won’t as a matter of self-dignity. And even many who cannot control their childish tendencies will act in a concealed manner, aware of how they will look to others if caught in the act.

In a sense this is really what “sin” is all about, acting childishly. The Torah emphasizes the need to teach children from a young age how to act in a dignified manner. God however does not hold a child responsible for their behavior until Bar or Bas Mitzvah age. That’s when they are supposed to become a “Bar Da’as,” someone capable of recognizing the need to live in a dignified manner.

The fact that undignified behavior makes exciting news shows us that even secular society considers such behavior to be “sinful,” punishable by public shame. In some cases, the punishment is even more severe. The fact that the Torah calls it a “sin” and makes such behavior punishable in one of a few ways, shows us that undignified behavior is actually a sin against our Creator. It reveals that immaturity is not only disgraceful, but a denial of one’s own godliness.

In fact, life could be defined and gaged by where a person is holding on the continuum between immaturity and maturity. The process of “growing up” is one of moving further away from the former while approaching the latter. It is not merely about learning what the right thing is and then doing it. It is about using the “right” thing to bring us to new levels of maturity…of dignity.

This is the biggest obstacle a person has to receiving Torah, a desire to not grow up. They’ll perform good as much as they have to in order to get by in life, but not more. Children love fun. Adults love pleasure, and though the two can be the same at times they are often not. Fun can often mean a surrender of dignity, if only momentarily. Pleasure often means a surrender of “fun,” and the child inside all of us has a BIG problem with that.

WHEN GOD MADE the animals, it mentioned nothing about any image of God, even though they too have a spark of life and do really remarkable things. God is the life force within them, but there is nothing godly about them. They belong to God, and must be treated respectfully. However they know nothing about dignity and behave as programmed regardless of what others might think about them.

When man was created, it was a different story:

And God created man in His image; in the image of God He created him; male and female He created them. (Bereishis 1:27)

God said, “Behold man has become like one of us, having the ability of knowing good and evil, and now, lest he stretch forth his hand and take also from the Tree of Life and eat and live forever…”(Bereishis 3:22)

The answer to these questions came at the end of the previous chapter:

Now they were both naked, the man and his wife, but they were not ashamed. (Bereishis 2:25)

They weren’t ashamed, but not because they had chosen to live dignified lives. Prior to the sin of eating from the Aitz Hada’as, they had not known how to live any other way but honorably. And it can’t be called living nobly if living nobly is all you are accustomed to do. To be truly noble, once must have the opportunity to live in an undignified way, and then choose dignity instead.

This is why Adam and Chava had to leave the Garden of Eden. Yes, it was banishment for having sinned. The question is, was that a punishment, or a consequence? If the goal of life is to choose to live a dignified life, the Garden of Eden was not the place for that. The world we live in outside the Garden is. The sin may have activated the yetzer hara and opened the door to sin, but as God told Kayin:

“Is it not so that if you improve, it will be forgiven you? If you do not improve however, sin is lying at the entrance, and to you is its longing, but you can rule over it.” (Bereishis 4:7)

“You,” God told Kayin, “can choose dignity over indignity, and in doing so live up to the image of God in which you were created.” It would be a mistake to think that God was only talking to Kayin. He says the same to each of us every day of our lives.

THIS IS THE Torah’s offer to us. It will say later:

This day, I call upon the heaven and the earth as witnesses [that I have warned] you: I have set before you life and death, the blessing and the curse. You shall choose life, so that you and your offspring will live… (Devarim 30:19)

Choose life. The words are both profound and obscure. Obviously the Torah is not trying to talk us off a ledge. It is telling us two things. The first is, breathing means you’re only alive. It doesn’t mean you are truly living. The second thing is, living is not something that just happens, only death. Living is a choice you have to make, and make, and keep making the entire time you are alive.

Obviously the Torah has mitzvos in mind, and even says so in the next verse. But even that is a general statement, which is why so many Jews throughout the ages have turned away from Torah and mitzvos for a more “carefree” life. They chose fun over pleasure because they only understood the one and not the other. They thought the Torah was only interested in making them “good.” They didn’t understand that the Torah was trying to give them dignity.

They did not understand how much dignity mattered to their sense of being, and well-being. They assumed, as so many always have, that dignity is just a nice thing to have, at least every once in a while. They did not know, and therefore could not appreciate, that it is our sense of dignity that allows us to confirm our very existence by making life meaningful. It’s just the way we’re made.

We have moved on too quickly from the Lag B’omer tragedy, especially since many families may never be able to. There were, of course, those who chose the undignified route of looking for blame and where to put it. But if you listen to the stories of the people who were there and witnessed the response of so many to what happened, you hear about just how dignified—godly—humans can be. The tragedy brought this to our national attention, but it is Torah’s call to us everyday.