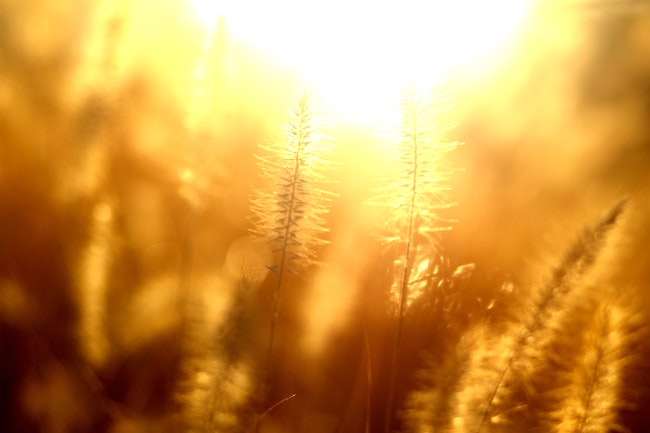 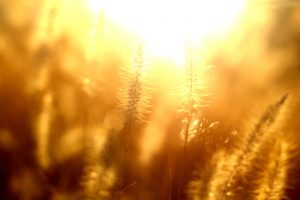 LAG B’OMER IS finally here, b”H. Four weeks have gone by since the Seder, and we can finally get haircuts and listen to music, perhaps while making huge bonfires and eating barbecued food. Doesn’t sound very kabbalistic for a day that celebrates the revelation of Kabbalah, does it?

Besides mysticism, what is Kabbalah? Why is it so important? IS it so important? Why make a big deal out of the revelation of a level of Torah that most people do not learn and some people still don’t believe in? We don’t celebrate the completion of the Talmud, except by individuals who have completed a section of it. So, why do we celebrate what amounted to the basis of the holy Zohar?

How about a little Kabbalah 101?

Mysticism is a broad term that seems to imply to most people something supernatural. So when people think about Kabbalah, they imagine people who learn it being able to do supernatural things, somewhat like what the superheroes they are used to watching are able to “do” courtesy of the Special Effects crews of Hollywood.

What does the word “supernatural” even mean? Obviously it means “above nature,” or beyond it. But, objectively speaking, does nature even exist? Apparently, according to Rebi Chanina ben Dosa in the Talmud, it depends:

Once on a Friday night he (Rebi Chanina) noticed that his daughter was sad and he said to her, “My daughter, why are you sad?”

She answered, “My oil container got mixed up with my vinegar container and I kindled Shabbos candles with it.”

He told her, “My daughter, why should this trouble you? He Who had commanded the oil to burn will also command the vinegar to burn!” (Ta’anis 25a)

It is a principle of Torah that God created everything and continues to maintain all of it everyday. It is a principle of Kabbalah that He does this every single moment of the day, every day of the year, and every year of history. Creation is completely a function of the will of God and can only exist as long as He wills it. Should God take His mind off anything for but a single moment, it will cease to exist completely in that moment.

This was the basis of Rebi Chanina’s answer to his daughter. He was telling her, “Don’t be fooled by the consistency of Creation. The only difference between something being combustible and not being combustible is what God decides at the moment.” Hence, the Temple, made from stone, burned as if it was made from wood. When God wills it, the usually incombustible burns just as fiercely as the usually combustible.

In fact, that is perhaps one of the greatest advantages of learning Kabbalah. It is a peek beyond the “veil of nature” that has so many people fooled and limited. Life is not about being able to perform spectacular supernatural feats. It is about learning how to perform spectacular “natural” feats. These can only be accomplished after first understanding how the world actually works, and how we interact with it. That is Kabbalah 101.

THE NEXT THING to understand is that everything exists as function of Divine light. If that makes sense, then think again. It shouldn’t, at least until you have learned some Kabbalah. The temporal world is quite physical. Divine light is completely spiritual. How can the latter result in the former?

Many scientists simply eliminate the question. They reject the idea of a spiritual world and keep their search for the origin of Creation in the physical realm. The Greeks grappled with it and simply called “Creation Ex Nihilo,” Creation from nothing. Many scientists are also talking about the role of “nothing” in Creation, though they’re not sure just what “nothing” is, other than, well, nothing.

It is not an issue for Kabbalah. We call it “Yaish M’Ayin,” which also literally means “something from nothing.” But here is where Kabbalah parts ways with the rest of the world on the idea. Yes, “ayin” means “nothing,” but not nothing in the everyday sense of the word. In this case, it refers to something very specific, something that is more than the “Theory of Everything.” It is the FACT of everything.

A very important part of learning Kabbalah is the idea of relativity, though not the one Einstein spoke about. His idea of relativity was confined to behavior within the physical world. This version of the idea incorporates everything in Creation, the physical and the spiritual. For example, something spiritual relative to something physical can be as if it doesn’t exist at all.

It’s like someone who is a nobody among higher-ups and the most important person in the room among lower-downs. In this case, certain levels of light are so high up and spiritual that, compared to lights lower down and so much less spiritual, it is if they do not exist. So they, and in particular one level, are called “Ayin.”

Which level is Ayin specifically?

Imagine a world in which there isn’t one. In other words, nothing but nothing has yet to be created. All that exists is a “reality” of God that is so far beyond our ability to grasp, that we don’t even bother trying. It is especially so since trying can alone can result in an incorrect perception, that could easily be called blasphemous. Finite minds are very limited when it comes to understanding the infinite, at least in non-finite terms. It may be easy to call something “endless,” but a lot more difficult to imagine what it “looks” like.

So instead, we admit intellectual defeat by referring to the light in terms of what it isn’t, rather than by what it is. Kabbalah calls it “Ohr Ain Sof,” literally “Light Without End,” but is also quick to point out that even this level of light is not the essence of God. Rather the Ohr Ain Sof is but a projection of light on its way to eventually make Creation where it can be revealed somewhat to man, the reason for it all.

This is the entire point of everything God has decided to do: revelation. A fundamental of Torah thought is that God is perfect and needs nothing. But for reasons known only to Him, but completely to our benefit, He wishes to give good to beings. The greatest good we can enjoy is a revelation of His reality on some level. Everything else that has ever been created, much of which is discussed in elaborate and exquisite detail by Kabbalah, is just to support this Divine mandatet.

TECHNOLOGY HAS REALLY helped us to better explain kabbalistic ideas. Take the idea of an energy surge, which has been known to cause all kinds of damage to electrical wiring and equipment, especially computers. If you make something to be able to handle a certain amount of electricity, and it has to deal with more, then the result can be destructive and even dangerous.

The same thing is true of Divine light. It is not physical light, but it can be far more destructive than anything physical. This is why one has to be careful about their exposure to Divine light, which only becomes more intense from level-to-level. A person may seem to lose their mind from over-exposure, like what occurred to Ben Zoma (Chagigah 14b), but what really happened was an overloading of his mental “circuits.”

For electricity, we developed a system that takes its nature into account in order to “filter” its intensity and make it usable. Friction is used to slow down electrons and weaken their impact, so that by the time they reach our homes and offices, they are safe to use. (But, I found out as child, it is still unwise to stick something into a plug that does not belong in there…unless you like being shocked and sent into recoil.)

Long before we developed copper wire and transformers to manage electrical flows, God had created something called “Sefiros” and “Partzufim.” The word “sefirah” usually means “counting,” as in “Sefiras Ha’omer,” the “Counting of the Omer.” This occurs over the 49 days between Pesach and Shavuos, and of which Lag B’omer is the 33rd day. A partzuf is a face, but it is not necessary for now to understand its connection to the sefiros.

In any case, the sefiros, which are completely spiritual, are the system employed by God to deliver His light to Creation on an ongoing basis. They are also the system He uses to regulate that flow, increasing the light, vis-a-vis the sefiros, when and where necessary, and reducing it as per the needs of Creation and history.

Being so, the sefiros are also the way that God allows His light to be revealed to man. Just as physical light can be fractured into all the colors of the spectrum, each with its own name and purpose, the sefiros act as a way to reveal different aspects of the light of God, something called “middos—traits.” This way God can communicate to man Who He is, or at least how He wants to be known. This makes possible the goal of Creation, a relationship between man and his Creator.

In general, there are 10 sefiros: Keser, or Crown, Chochmah, or Wisdom, Binah, or Understanding, Chesed, or Kindness, Gevurah, or Strength, Tifferes, or Harmony, Netzach, or Dominance, Hod, or Glory, Yesod, or Foundation, and finally, Malchus, or Kingdom. There is even a sefirah called “Da’as—Knowledge,” but that is a discussion for another time. Each sefirah is the “label” and description of the characteristic of God’s light on that level.

THERE ARE 118 known elements in the Periodic Table as of today. It’s a lot, but not that much really when you consider that they are responsible for the zillions of things that exist in the entire universe. How can so few things be responsible for the creation of so much?

We can ask the same question about the sefiros, which God has used to create everything and continues to use to maintain all that exists. And at least the elements of the Periodic Table start off being physical. The light that flows through the sefiros is completely spiritual, and yet ends up creating everything, spiritual and physical. How do the sefiros help the light go from ayin to yaish, and to create so much of it?

It’s like water. Water is everywhere, though it is not always visible. For example, the air we breath has about one percent water vapor, and even more on a humid day. And even though you can “feel” it, the vapor only begins to turn into actual water if the temperature drops significantly. That’s when you begin to see water droplets form on windows and stream downwards.

If the temperature continues to cool even more, the water will begin to freeze. On the side of a roof, icicles might form as water runs down the side of a newly formed icicle, freezing as it does and increasing its size. What began as something quite invisible has become, because of cooler temperatures, quite apparent.

It’s not cooler temperatures that transform the light of God from ayin to yaish, but distance. The further the light “travels” away from its Source, Ayin itself, the less intense it becomes, and therefore, less spiritual. At a certain distance it will reach “condensation point,” that is, the point at which the spiritual makes the leap to the physical and, voila! something physical results.

That actual point occurs between the sefirah of Chochmah and Binah, or between the partzufim of Atzilus and Beriyah. But that is already Kabbalah 201.