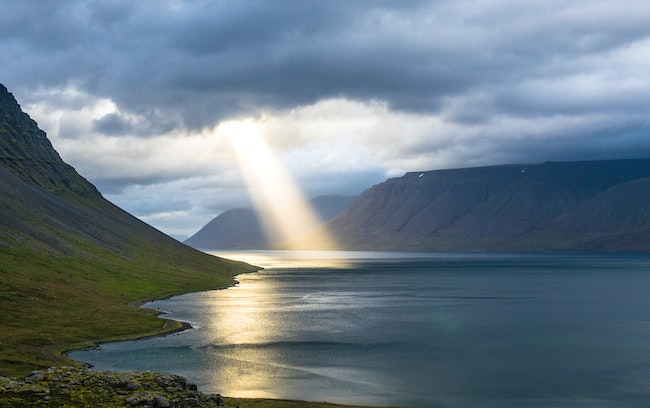 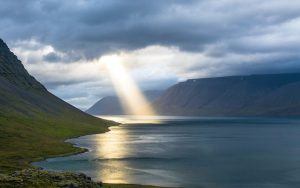 Avraham was old, advanced in days, and the Lord had blessed Avraham with everything. (Bereishis 24:1)

THE OLD HAS made way for the new. Sarah Imeinu has moved on to a higher realm, passing on the mantle of matriarch-hood to soon-to-be Rivka Imeinu, though they never had a chance to meet. It’s not until after her passing that Avraham sends Eliezer off in search of Yitzchak’s soul mate.

The shidduch probably would not have even been “redt” in today’s Torah world, considering Rivka’s yichus—lineage, and certainly considering her age—three years old. But then again, very little was “normal” when it came to the Avos, as the Arizal explains. Everything about their lives was miraculous, and the same can be said for their descendants as well, as the Leshem pointed out.

So, as much as the Ramban teaches that the actions of our Forefathers are lessons to be followed, some things are difficult to duplicate.  For example, no longer do people go to the local watering hole to find their b’shert, as they once did. Today a shidduch is suggested, in the Torah world, by some shadchan, be it a “professional” one, or a relative or friend.

The question is, why is any kind of shadchan necessary? As the Talmud says, God has already made the shidduch 40 days before the couple is born (Sotah 2a). The answer is obvious. The shidduch may have been made prior to birth, but how easily two future spouses find one another is a matter of merit earned or lost  along the way to marrying age. And even if they find one another, it is not always smooth sailing from the start.

This is especially so, the Arizal explained, in a person’s next incarnation (Sha’ar HaGilgulim, Introduction 20). A person can rectify themself the first time they live in this world. The fact that they have had to reincarnate means that they didn’t do that, and this does not speak their praise. On the contrary, Heaven says, “Well, look who’s back! They don’t deserve to find their soul so easily this time around…” or perhaps even at all!

It doesn’t mean that a person can’t find a “right” person, the Arizal says. There are many souls that we can match up in a lifetime, even if they may not be our true soul mate. In fact, some people even reincarnate just to marry their soul mate at least once in history. There are many happily married people who are not actual soul mates. Aharon HaKohen won’t be able to marry his soul mate until he reincarnates into the Messianic Era (Sha’ar HaGilgulim, Introduction 8).

I don’t think that this idea catches everyone by surprise. There are many marriages that are just “okay,” meaning that they work, but not ideally. Having been married for decades already and after having raised a family, a bond is there. But the spouses are not close to one another, and can sometimes feel worlds apart. It would be interesting to find out how many “great” marriages have actually existed throughout history, aside from the ones in the movies.

Even when zivugim—soul mates—do find one another, there is no guarantee that the marriage will be out of this world either. Souls can mate a lot easier than bodies can, meaning that a person brings their habits and attitudes into a relationship, and these can often be at odds with those of their partner. A better marriage might result from two souls that are not soul mates but the people themselves have good middos—character traits, than two soul mates in bodies with bad, or just very different middos.

Take Yitzchak and Rivka for example. The Torah told us at the end of Parashas Vayaira that Rivka was born for Yitzchak. Yet they grow in their relationship to be very different from one another, to the extent that Yitzchak favors Eisav and Rivka, Ya’akov. She even goes so far as to set up one of the greatest deceptions in biblical history, sending an Eisav-dressed Ya’akov in to “steal” the blessings from his father.

In a lot of other marriages, that could have been a “deal-breaker.” But not for Yitzchak and Rivka, because they knew the secret to true and lasting “shalom bayis” and were capable of withstanding such an uncomfortable episode. Both of them were focused on something greater than personal satisfaction and comfort. Yitzchak and Rivka were united by soul, but in everyday life they were also united by a common goal, and that was to build a people that would make God proud, so-to-speak.

And they knew that about each other. That’s why even though Rivka felt she could not work it out with Yitzchak in advance and had to take matters into her own deceptive hands, Yitzchak was understanding after the ruse. He knew that selfishness was not her motivation, but a drive to build the perfect nation of God, and he accepted that.

He also knew something even more important. Yitzchak understood that it had been the will of God. How could it have happened if it hadn’t been? Nothing slips by God, and nothing succeeds or fails without His stamp. If Rivka had been wrong in what she did, then he could criticize her for it. But Yitzchak could not feel wronged by what happened from a Divine Providence perspective. “All is in the hands of Heaven except the fear of Heaven” (Brochos 33b), and that means never losing sight of Who is behind everything.

On that point, it is amazing how we can think that WE know what God wants, just because certain outcomes seem so necessary and obvious to us. People assume that, since we are on the same team as God, He obviously wants the same things they do. And when history seems to say otherwise, they have a tough time accepting that God wanted something different than they did, as if He too feels denied HIS desired outcome.

Check it out. More than likely, God’s motivations are a lot different than most of ours. His intention is focused and straightforward, to fulfill the purpose for which He made this world in the first place. Free will choice is for man so he can do that which will earn him a maximum portion in the World-to-Come. So far that has included a lot of “good” times AND a lot of “bad” times, very much the opposite of what we might have thought He wanted for us.

We, on the other hand, like comfort. We love the idea of having our cake and eating it too. It doesn’t mean that we aren’t prepared to work hard, or even be self-sacrificing—when we have to be. But it does mean that we will look for the “nicest” route to “Point B,” or avoid going there altogether until we really have to.

What happens, though, when God says we really have to go, but we don’t hear it? What happens when we forget about Point B altogether, or at least push it to the back our minds when it is forefront in God’s? Well, history has answered that one over-and-over-again, because over-and-over-again we fail to learn our lessons from the past.

I once heard that that the best way to solve a problem is to figure out what is holding you back from succeeding at your goal, and that becomes the thing you have to focus on overcoming if you want to go forward. The goal of the Jewish people is redemption. The question is, what holds us back from achieving it? Fix that and the redemption will come, b”H.

It’s the $64,000 question. What’s holding us back from finally crossing the finish line of history and greeting Moshiach? Many people have suggestions, but no one seems to know for sure. You would have thought that the Holocaust was enough of a final payment to end the exile, and so far, it only got us back to Eretz Yisroel at the cost of 6,000,000 lives. It was an awesome thing, but at a terrible cost.

Yet it was the will of God. It was certainly not OUR will, but it was certainly HIS, or it never would have happened. Never. But it did, because that was what was needed, according to God, not according to us, to move the Jewish people to the next stage of history…on the path to the Final Redemption. Had we seen it coming, then we might  have gotten out of Europe while it was still safe to go, and put up with the discomfort then instead of suffering it many times over later.

Of course, some did. Some saw what was coming at the Jewish people, albeit not to such an extreme, and they did get out. Not very many, but some, 64,000 from Germany alone. The rest either decided to stay put by choice or by necessity, because time had run out. By the time they felt the same way as the early escapees felt, the doors had been closed and the tracks had been laid.

And yet, each last detail as seemingly insignificant as it is to us, and every measurement, as much as we believe we can guess it, contributes to the final form and taste that we love and inspired us to try and make it. The chef did not add all of those things just to keep us busy or to discourage us from even trying out his recipe.

The recipe for redemption is obviously far more complex, and the “Chef” is pretty insistent on the ingredients used, their quantities, and how long it has to be “baked,” over 3,320 years at last count. Like with all amateur cooks, there have been many who have tried shortcuts or who tried to skimp on some key ingredients, but they have either met with failure or, even worse, disaster. It’s a time-honored recipe going back to Creation itself. There are no shortcuts.

Perhaps one of the most important lessons about preparing for redemption is actually in this week’s parsha. Avraham Avinu followed his orders, and redemption did not result, just “tragedy.” He lost his beloved Sarah, and the parsha begins with him in a state of mourning. Yet shortly after, it mentions that Avraham Avinu had everything (Bereishis 24:1), even though he had now had to play the role of father and mother for Yitzchak, and worry about who might be out there for his cherished son.

But that is the point. Had Avraham only been interested in raising a family and having the comforts of life, then he would have been sorely lacking. But he wasn’t. He was interested in building a nation and working towards redemption as much as he personally could. The prices he had paid were not viewed as losses, but as contributions to the ultimate cause. And that is why, as the Torah later states, he was destined to die in peace with his fathers, with the invaluable knowledge that he had done what he was created to do.