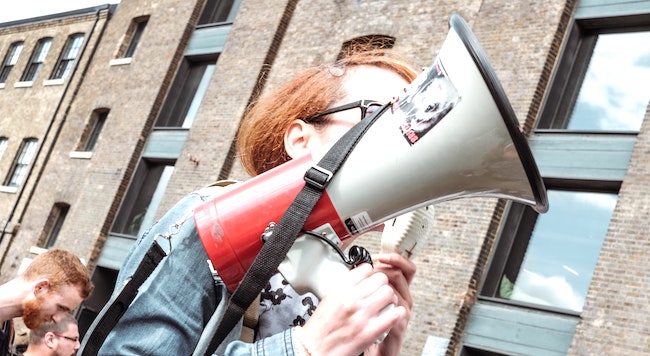 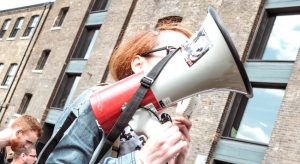 THE PARSHA STARTS of with the verse:

And it will be, because you will—aikev—listen to these judgments and keep and perform them… (Devarim 7:12)

Translated, there is nothing unusual about the wording, but in Hebrew there is. The word for “because you will” is not the one most people would have chosen. The fact that the Torah chose the word “aikev,” a word that principally means “heel,” led Rashi to comment:

It’s a double message. In most cases the Torah does not distinguish between “easy” and “difficult” mitzvos, but it does in this parsha. It specifically speaks about mitzvos that people might “step on” with their “heel,” so-to-speak, because they don’t seem that important compared to other mitzvos like Shabbos for example.

How does one know which mitzvah is minor and which is major? Seemingly as a result of the punishment for not doing them. Some sins are punishable by death, some by kares—excision, and some by 39 lashes “only,” though quite frankly, the lashes could kill, or at least make someone wish they would.

The mishnah in Pirkei Avos echoes this idea, except that it adds an extra reason as well. You are not allowed to decide which mitzvah to take seriously and which one not to in general. Even if you are the type to anyhow, you certainly can’t do it based upon punishment alone:

Be careful with a light mitzvah as with a grave one, because you do not know the reward for the fulfillment of the mitzvos. (Pirkei Avos 2:1)

To be clear, as Jews we’re concerned about two things. First, about avoiding punishment in this world and the next one, which we do by avoiding sin. Secondly, we’re about earning as much reward as we can while we can, which we do by learning Torah and doing mitzvos. The fact that the punishment for certain transgressions is “less” than others does not necessarily mean that they cannot earn more reward in the World-to-Come, or even in this world, by avoiding them.

Why did I put avoiding punishment before earning reward in the World-to-Come? Because ever since we “absorbed” the yetzer hara after the sin of the Aitz HaDa’as and were expelled from Gan Aiden, we have tended to put earning eternal reward a distant second to avoiding punishment. Especially in our generation when you can seemingly have your cake and eat it too (be “frum” while acting somewhat secular), Torah life for many has become somewhat an issue of “risk management.”

So people wear clothing that pushes the limits of tznius—modesty, and pushes those limits more and more in the wrong direction. They do things on Shabbos that are not in the spirit of Shabbos, or worse. They use technology in ways that might be fine for non-Jews, but not for Jews. They indulge in materialism more than might be sanctioned by a Torah way of life.

I ONCE ASKED someone how they could knowingly turn their back on Torah after having first become a ba’al teshuvah. Unlike many who are born into a Torah lifestyle, this person became observant in their twenties because the argument in favor of Torah made sense. That hadn’t changed, just their attitude towards being religious.

This is what they answered me. They said that the first time they broke Shabbos by turning on a light, they “expected” lightning to come down from Heaven and strike them. But of course it didn’t, so they did it a second time with less fear, and then a third time with even less fear. Eventually they left everything behind they had learned.

The truth is, the Talmud warns about the same thing:

You have to ask yourself about the psychology of this incredible mental process if you want to avoid being victimized by it. Few people aren’t victims of it, which is why the world has become as troubling place as it is today.

This morning I received a video link from a good friend of mine that, I have to say, is very disturbing. The video that is. It is meant to be disturbing, because it is a German tracing the steps that were taken by the Nazi regime to manipulate fifty million Germans to carry out the Holocaust. It is called, “You Thought You Were Free? (Revised),” and it is found on the Armstrong Economics web site.

Anyone who lives “outside” the secular world has got be shocked by the direction of society, and afraid of where it might be going. Historically, the current liberal trend in the West has, in the past, led to major wars. Anyone who is NOT shocked by the current state of Western society is already a victim of what the video describes.

But the finger should be wagging at more than secular people, because we’re all guilty of the same psychological error. The Torah is not talking to secular Jews, but to religious ones, those who keep mitzvos but only to the extent that they deem necessary. Does the yetzer hara care if someone is religious or secular?

On the contrary. Getting a religious Jew to compromise on a Torah value even just a little, as opposed to a secular Jew to compromise a lot, is like knocking off a general as opposed to only a corporal during a war. Because that’s what it is, the Ramchal says, a raging spiritual war. And he adds, and this is the scary part: if you don’t feel that war raging, then you’ve lost it already.

The Leshem provides a not-so-obvious but incredible answer. He says that the majority of Jews never actually sinned in the desert. In fact, it was always a small number of Jews who actually committed the sin, even during the episode of the spies. Sometimes it was even only Dasan and Aviram, and perhaps the Erev Rav, even though the Torah makes it seem like the entire nation sinned.

Although this explains why the language of “tested” is used instead of “sinned,” it does not explain why the entire nation was punished because of a handful of repeat sinners. To answer that, we need only recall that in last week’s parsha there was a mitzvah not to test God. That is exactly what the rest of the nation did do to warrant being dragged into the sins of others.

How did they test God? Rather than protest against the sinners, the majority of the nation stayed quiet and waited to see how God would respond. Would He still support them, or cut them off, continue to take care of them, or destroy them in the desert? While they “waited” to see God’s protest, God waited to see theirs.

But it never came. No one ever stood up to the bad guys except for Chur, Miriam’s son, and he died for it. And lest a person say, “What good would their protests have done? Would anyone have listened to them?” the Talmud recounts how that argument did not save the tzaddikim of the First Temple period (Shabbos 55a). They perished with everyone else in the Churban for not having tried to protest against the sins of their generation.

As the Talmud says:

WHO IS NOT disgusted by Titus’ profanation of the Torah and the Temple (Gittin 56b)? How could God allow such a terrible human being to enter the Holy of Holies with a Sefer Torah and profane both so horribly? Even the difficult death he suffered seems too kind for what he did.

But everything God does is middah-k’negged middah—measure-for-measure. What Titus did had to be in response to something we did first, measure-for-measure. But to our knowledge, no Jew ever did anything remotely as profane as Titus did, so the question returns: How was Titus able to do it?

In Kabbalah, the concept is called “k’illu—as if.” It refers to a situation where something doesn’t actually occur, but since the net result is the same, it is “as if” the thing that usually causes it did occur.

An example of this idea is embarrassing someone in public. Since it draws the blood of a person from their face making them “go white,” it’s k’illu—as if—the person doing the embarrassing killed the person they embarrassed. Since it is only k’illu, they won’t be punished as a murderer by Bais Din, but it is k’illu enough that they will be considered a murderer on some level from Heaven’s point of view.

Likewise, a Jew never physically did what Titus did on top of a Sefer Torah, and in the Holy of Holies no less. But that doesn’t mean that from Heaven’s point-of-view our treading on “light” mitzvos, and how much more so on “serious” mitzvos, is not the same thing. On the contrary, God may have had Titus do that to tell us what our abuse of Torah seems like from His vantage point. Something we did had to open the door for Titus to behave as he did.

This is a major part of the warning in this week’s parsha. It would be a terrible mistake for us to think we understand God and Torah enough to properly weigh the gravity of our actions, or lack of them.

“So I don’t take the mitzvah seriously. How bad can it be?”

“So I don’t protest. At least I’m not actually doing the sin!”

History has answered these questions many times over, and never the way we imagined or hoped. But take God, Torah, and His mitzvos seriously, and you not only make God happy, but you earn His protection…in this world and the next one.