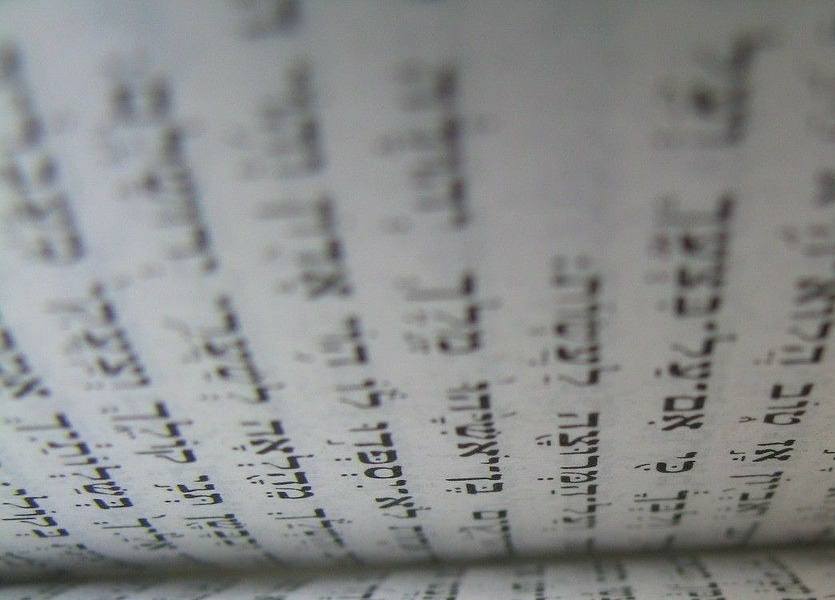 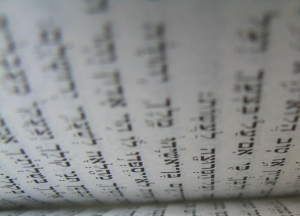 WHAT IS A false prophet? It’s when someone tells you that you made money in the stock market, but they got it wrong. Sorry, that’s a false profit. A false prophet is someone who claims to be prophesying on behalf of God, but they’re really just making it up, even if they are telling you something God actually wants you to know.

Prophecy is serious business. It’s one thing to interpret what God was known to have said. It’s another thing to tell people that God told you to say what you are telling them when He didn’t. That is not only lying, it is misrepresenting the will of God, and offenses don’t get much more serious than that.

One of the best phrases I ever heard was, “Vos zucht Got?” According to Rabbi Berel Wein, it was his rebi’s response to a discussion in the early days of the OU regarding the giving of a hechsher to a certain product. Some said yes, some said no, and they turned to the rabbi for his halachic resolution. His answer: Vos zucht Got—What does God say?

“We wish we knew!” was probably the mental response of all those taking part in the kashrus debate. “But prophecy ended millennia ago, in 3448, or 313 BCE to be exact, which is why we are turning to you, rabbi, for direction! We’d like to know the mind of God, and you’re the closest thing to this we have in the room!”

What the rabbi was telling them was something different. He was indicating that all of their logic and arguments were only valid, for or against giving a hechsher to the product in question, in a halachic framework. The Torah is prophecy, and even though we no longer have prophets today we still have the prophecy of Torah.

Torah was given to us to guide us through history, long past the time of the last real prophets. There is no question that can ever be asked that cannot be answered by Torah, albeit with the help of a competent posek. That’s someone who not only believes in the divinity of all of Torah, but is so familiar with all of it that they can marshal together every relevant source that has something to say about the halachah in question.

Asking the mind of God from anyone else is like turning to a child out of public school to invest all of your money for you. It is even worse, because the worse the child can do is to bankrupt you. A false “prophet” can cost you life in this world as well as in the next one.

WHAT WERE THEY thinking? This is probably one of the most common questions people ask themselves when studying the artwork of someone else. It is assumed that whatever they built or painted is an expression of something the artist was thinking about the time. “What inspired you?” is always asked if the answer is not obvious from the creation itself.

How many people ask these questions of God when looking at His work, Creation? It’s not like He hammered together a couple of boards just to keep a bunch of chickens from running away. He used the Torah as His blueprint, which means just as the Torah tells us the mind of God, at least as much as God doesn’t mind telling us, Creation has to do the same thing.

That was the assumption Avraham Avinu made to kickstart the Jewish people. He didn’t have Torah yet, but he was able to figure it out just by looking at the world that the Torah led to. According to the Talmud, he was even able to reason out future rabbinical laws, like Erev Tavshillin (Yoma 28b). That’s beyond remarkable.

The Talmud also says that in three instances Moshe Rabbeinu made a decision on his own that God later agreed with, one of which was to break the first set of tablets he came down the mountain with. If you saw people practicing idol worship, would you ever consider taking a Sefer Torah and throwing it to the ground and then ripping it up to express your anger on behalf of God?

That essentially is what Moshe did by breaking the tablets, and they were not only engraved by God, but hewn by Him. A Sefer Torah is the word of God, but it was made by man and scribed by man. If anything, we’d probably put the Sefer Torah back in the Aron HaKodesh where it is safe before giving the sinners a piece of our minds!

True, we’re not prophets, and Moshe Rabbeinu was the greatest prophet to have ever lived. But that was one time he didn’t receive prophecy to tell him what to do, and he acted on his own. It was a HUGE risk, but one that paid off in spiritual and physical terms. Later, after being told to hew out the second tablets to replace the broken first ones, he was allowed to keep the sapphire shavings and this made him rich.

But there is nothing “richer” than being on the same page as God. Nothing safer, too. Elul Zman has begun. The Sephardim have started saying Selichos, and the Ashkenazim will at least begin blowing shofar and saying L’Dovid. In a month we will stand in judgment before God’s Bais Din and the entire judgment will be a comparison between the “page” we all lived on this year, and God’s “page” for our life. The judgment will be on whether or not we fell short.

As black-and-white as a sin might seem, it is really not. There are plenty of times that the same act can be either a mitzvah or a sin depending upon the circumstances in which it occurred. Breaking Shabbos is punishable by death, but breaking it to save the life of another is a mitzvah. Most people do not equate underachieving with the idea of sin, but they might if they knew what was at stake.

As the Leshem points out, the question the Bais Din deals with on Rosh Hashanah is a person’s worthiness with respect to the World-to-Come. At the time a person stands in judgment, the Bais Din asks, “If this person were to die today, would they go to the World-to-Come?” The answer to this question will determine what kind of year the person will have, if they will have it at all?

How many people wonder where they stand with respect to the World-to-Come on Rosh Hashanah, or any other day of the year? And if you do wonder about your status regarding the World-to-Come, what do you answer yourself?

WHAT DOES IT mean to be a Ben Olam HaBa? It’s an interesting question with interesting answers. The most obvious answer is someone who learns Torah and does mitzvos to the best of their personal ability. If it’s the best they can do, even though we are unimpressed by it, God may hold them in very high esteem.

There are stories in the Talmud about people called Ben Olam HaBa who didn’t seem that way to others we might have thought qualified to notice such things. One person who fooled everyone was a jailor, and when asked what he did that might have made him a Ben Olam HaBa, he mentioned that he kept the men separate from the women to prevent illicit relationships.

The jailor didn’t act this way because he was trying to be a Ben Olam HaBa. He was just doing what he thought was the right thing to do, and it mattered a lot more to God than he probably thought it did. That’s when you really know you’re on the same page as God.

It works both ways. Rashi mentions in this week’s parsha that Shaul HaMelech lost the monarchy because of a “light” mitzvah (Devarim 18:20). He had promised Shmuel HaNavi that he would not offer a burnt offering to God before Shmuel’s return after seven days. But he got impatient and broke his promise, and its cost him and his family the right to the crown, and only then did he realize how such a small thing could have such a great impact.

My Rosh Yeshivah used to tell us that five “extra” minutes of learning at the end of seder could be worth more than the entire day of learning. We were expected to learn three sedarim (sessions) a day, and when each one ended, most of us had no problem closing our gemoras and leaving. We were not obligated to stay longer, so we didn’t.

But there was always the “odd” person who did not close his gemora just because seder was over. He kept learning for another five, maybe ten minutes or more minutes. “That’s the guy who loves learning God’s Torah,” the Rosh Yeshivah said, “and his reward for those ten minutes in unimaginable.” But that is not what crossed the mind of the person who stayed longer. He was just happy to be able to learn a little bit longer.

Each of these people, in a moment of great self-sacrifice, became a Ben Olam HaBa. Rebi, to whom the statement is attributed, cried when he heard the conclusions, because they seemed to have achieved in a single moment what was taking him a lifetime of self-sacrifice for Torah and mitzvos to achieve. And though it might make some cry that others had “cheated” the system they had devoted their lives to, it is hard to imagine that it would bring a single tear to someone has great as Rebi for the same reason.

But that’s not what made Rebi cry. Just the opposite, Rebi cried because he was so impressed. These people taught the world how powerful a single moment can be when it comes to teshuvah, and how what we might think should take forever to accomplish can actually be achieved in a single moment. It made him wonder what his life might have been like if he had pushed himself just a little more even just a couple of those moments.

Not only is this a risky approach to life, it is a wasteful approach to life. It is certainly not the kind of life God had in mind for us when He made man, and He makes this clear to us every Rosh Hashanah. We may not be able to know the mind of God as well as we would like to, but we certainly know what He minds. And the person who wakes up in time and realizes this can acquire their world in a single moment, over and over again.