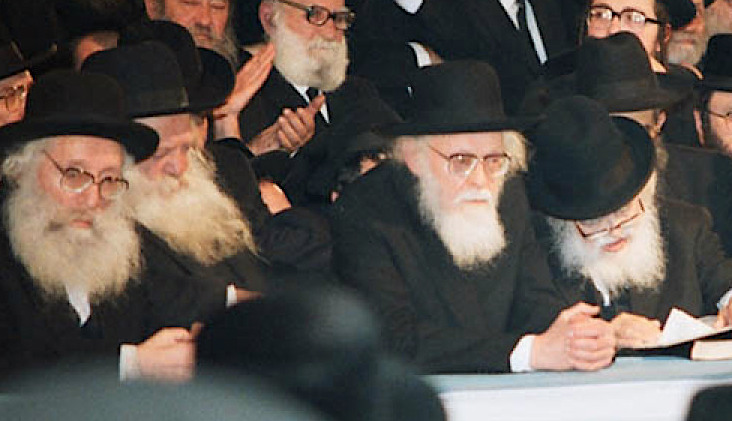 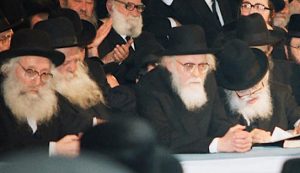 ALL’S WELL THAT ends well. The situation had looked very dim and the family had become desperate, but that was only because they had thought Yosef was an Egyptian viceroy out to get them. Then, all of a sudden and with just a couple of words, their antagonist became their protagonist, and the crazy made perfect sense. Mourning turned to joy and desperation became celebration.

Years have passed since the reunion in last week’s parsha. Yosef was still busy being viceroy of Egypt, and his family had settled into Goshen and was expanding. Ya’akov was reaching his final day in this world. It was time to turn his attention to blessing his sons, and making sure the legacy begun by his grandfather would endure after his departure.

But Yisroel stretched out his right hand and placed [it] on Ephraim’s head, although he was the younger, and his left hand [he placed] on Menashe’s head. He guided his hands deliberately, for Menashe was the firstborn…And Yosef said to his father, “Not so, father, for this one is the firstborn; put your right hand on his head.” (Bereishis 48:14, 18)

It’s famous now, but it wasn’t at the time. Every cheder child learns about how Ya’akov crossed his hands and blessed the younger son Ephraim before his older brother Menashe. Apparently, Yosef thought that his father was merely mistaken and tried to correct him, which is interesting because if his father was prophetic enough to know the future of each child, wouldn’t he have been prophetic enough to know which child he was blessing first?

But Ya’akov corrected his son, telling him that he was fully aware of which grandson was which. He continued to bless them including words that parents still use to bless their sons until this very day:

And though seemingly the Torah moves on from this incident, it turns out that history did not. On the contrary, this little event has had a historic ramification and teaches us a very interesting idea that even touches on the subject of lighting the Chanukah menorah.

In fact, during Chanukah we read from the Torah each day about the gifts that were brought during the first dedication of the altar, after the Mishkan was assembled permanently on the first day of Nissan, 2449. Each day, the prince of a different tribe brought the exact same offering on behalf of his entire tribe. On the seventh day, it was the turn of the tribe of Ephraim:

On the seventh day, the chief was of the sons of Ephraim, Elishama the son of Ammihud. (Bamidbar 7:48)

What about the tribe of Menashe? He brought his offering on the next day, the eighth day of the offerings:

On the eighth day, the chieftain was of the sons of Menashe, Gamliel the son of Pedazhur. (Bamidbar 7:54)

Thus Ya’akov Avinu’s initiative of switching the order of Ephraim and Menashe was accepted and implemented in Heaven. This is because God complies with the decrees of the “Zekeinim,” that is, the Torah elders. Therefore, says the Midrash, a person should never say that they do not need to light a menorah during Chanukah, since it was only established by the Zekeinim, and not the Torah. Even God lights a menorah for Chanukah, the Zohar says.

This turns the tables a bit regarding the mitzvah of Emunas Chachamim, having faith in Torah leaders. Most people probably think that it means that we follow our Chachamim because they have an inside track to know what God is thinking. The rest of us can only guess, and often with disastrous results.

Though true, there is another dimension to it. It doesn’t have to be that the Chachamim are privy to God’s will, as if they can read His mind, so-to-speak. They don’t have to, because God listens to what they say, and then follows their words just as we are supposed to. Torah Chachamim that kind of authority, and doing what they say is tantamount to doing what God says.

Does it mean that following the directions of the Gedolim will guarantee a person a safe life? No, the Holocaust showed us this. It means that if a bad result occurs from living by the words of our greatest Torah leaders in any given generation, it was not because of what they said. Rather, it was a decree from Heaven, and all those who followed the direction of the Gedolim at least died having fulfilled one of the greatest mitzvos we have, upon which Torah transmission is based and built.

But if there is no decree against the Jewish people at the time, and a person follows the advice of their Torah leaders, they do become worthy of extra Divine (read: supernatural) protection. It’s even worthwhile to have in mind when performing the act that you are doing it, that it is for the sake of fulfilling the mitzvah of Emunas Chachamim. It may be the exact same act that everyone else is performing, but a person’s providence is dramatically enhanced when the act is performed as a function of trusting in our Torah leadership.

This idea is always relevant, but there are times when it is extremely relevant. We are entering such a period now, thanks to COVID-19 and the vaccine being administered around the world to halt its spread and impact. Though some people are rushing to get the shots and end their life of masks and social distancing, some are wary at the speed at which it was produced and tested. They worry about being “guinea pigs” for at least the first couple of years. “Who knows what the longer term effects will be?” they argue, and therefore they prefer to wait a while before taking the risk.

Understandably so, given the impact of previous experimental medicines that killed enough people to be recalled…after pharmaceutical companies already made billions of dollars in profit. Any fines they have had to pay were just small business “expenses” to produce something that turned out to be dangerous but also very profitable.

At least in the Torah world we have our Gedolim, people who live to serve God and help others do the same. They have great fear of God and though they need not worry about monetary fines, they worry tremendously about answering to their Creator for having mislead His people, if indeed they ever would. They have no ulterior motives, like getting rich off other people’s ignorance or paranoia.

Therefore, once the Gedolim enter the picture and make a clear-cut decision as to how to deal with a medical issue, it becomes less of an issue of health and one of listening to God’s representatives on earth. Though there is a Torah mitzvah to mind your health, there is also one of loyally listening to our Torah leaders, to have faith in their decisions and leadership, a fundamental of Torah life.

Thus, though it may be hard to be clear about what is good for our health, especially since the scientific community lacks the requisite prophecy to know the long-term effects of their products, it is less hard to be clear about what the Gedolim advise us to do. And it wouldn’t be called “Emunas Chachamim—Faith in the Wisemen,” if it didn’t mean following their directives specifically in the areas of life that we have doubts and concerns about what to do. No one needs faith when they are personally sure about their course of action.

The great thing about this, is that someone who gets the vaccine against COVID-19 for health reasons alone only fulfills the mitzvah of “v’nishmartem meod l’nafshoseichem” (Devarim 4:15), the mitzvah to protect your health. Someone who takes the vaccine because the Gedolim have said to do so, also fulfills the all-important mitzvah of listening to Torah leaders, and following Da’as Torah. In the first case, there is no guarantee that the person will be protected against the potential harmful effects of the vaccine. In the second scenario, there is a greater likelihood that they will be protected since “tzaddikim decree and God fulfills” (Bamidbar Rabbah 14:3).

“But what if they’re wrong?” people ask. “What if the Gedolim have been fed false information, and therefore only think they are making the right decision when, in fact they are making a ‘bad’ decision?”

It’s a question you can ask about yourself, or your friend, or even your local rabbi who does not yet qualify to be a Gadol HaDor. You can certainly ask it about your doctor, who may not have personally done the research and is only telling you what he thinks based upon what he has been told. We all get some measure of Heavenly help, but most of us do not get enough to avoid making costly mistakes.

This is not the case with Gedolim. A foundation of Torah belief is that God wants Torah to survive, and the Jewish people with it. To this end God helps direct those responsible for both, and the more responsible they are, the more He helps them. This belief is the underlying basis of Emunas Chachamim.

“But what about the Holocaust? Didn’t Torah leaders advise people to stay put and not to leave Europe, resulting in their dying in the camps instead? People had Emunas Chachamim then, and they were not protected!”

What the person who asks this question doesn’t realize is that it does not mean the Gedolim were wrong per se. It means that there was already a Divine decree against the Jewish people, and it was God Who decided to keep the people in Europe to fulfill it. As the Maharsha says (Gittin 56b), the Heavenly help extended to Torah leaders also takes into account the worthiness of the nation to be saved.

So, at the end of the day, there is no alternative to following the decisions of our accepted Gedolei Torah. But whether or not that will guarantee us safe passage to the next period of history depends largely on our own worthiness, and whether or not there already exists, God forbid, a Heavenly decree against the nation. And that will depend upon whether we simply adapted to the problems created by the Coronavirus, or made some serious spiritual improvements because of it.