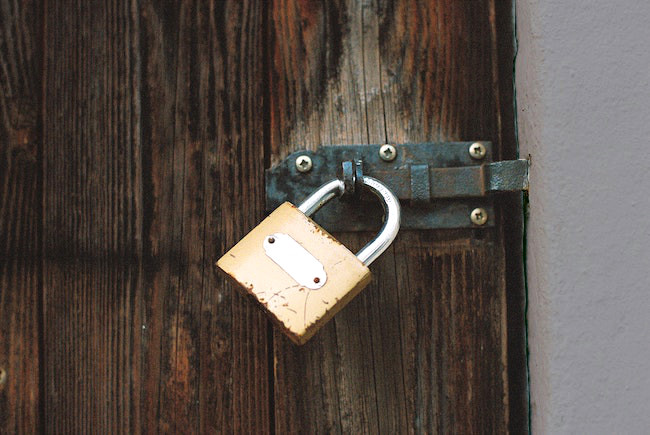 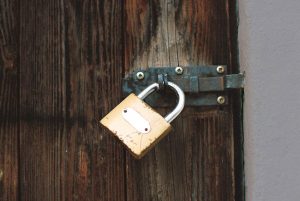 And Yosef said to his brothers, “I am Yosef. Is my father still alive?” but his brothers could not answer him because they were startled by his presence.” (Bereishis 45:3)

THEY SAY THAT revenge is a dish best served cold. But Yosef wouldn’t have known that, because he was not the vengeful type. You can’t be so in touch with God and take revenge against others as well. Besides, we see at the end of Vayechi that Yosef had come to terms with what his brothers had done to him, even if they hadn’t. Then why all the shenanigans?

For example, in last week’s parsha, after the brothers returned to Egypt with Binyomin, Yosef told Menashe that he would dine with them. Then he gave instructions to slaughter the animal before his brothers so that they would know that the shechitah was reliable. He also told Menashe to remove the gid hanashe because they would not eat that as well.

The only question is, why? As the Ramban points out in Parashas Lech-Lecha, the family was only strict about their “Torah observance” while in Eretz Yisroel. This is why Ya’akov Avinu could marry two sisters in Mesopotamia, something the Torah would later forbid, and one of those wives, Rachel, died at the border of Eretz Yisroel. So why the command, and wouldn’t the brothers wonder how an Egyptian viceroy would know about the halachos involved?

But that was Yosef’s point. It was the continuation of his effort to hint to his brothers about his true identity, so they could figure out it was him. Take the word “meraglim—spies” as another example. Each of the Hebrew letters—Mem-Raish-Gimmel-Lamed-Yud-Mem—stand for a different word: “m’Immi Rachel genavtem, l’Midianim Yishmaelim mechartem—from my mother Rachel you stole me, to Midianites and Yishmaelites you sold me.”

Really? They were supposed to figure that out? How? It’s one thing to speak in code to someone who knows you are doing it. But how does a code help someone who doesn’t have a clue that you are speaking to them that way, and they lack the key to decipher it? Did Yosef really expect them to figure it out on their own, or was there are a different method to his madness?

Have you ever noticed how once you start wondering about something you discover things and ideas you never knew? They may have been right in front of you the entire time, but since they were under your radar, you never noticed them. But after making it to your way of thinking for some reason, all kinds of insights about the idea seem to emerge from thin air.

This is especially true when it comes to Torah, once you start considering something, “things” just seem to happen to further your knowledge about the concept in question. I learned years ago that just asking a good question can result in some very interesting Divine Providence to provide the answer. One Chanukah, a random stranger sat down next to me on a bus and gave an incredible answer to a question I had just formulated an hour before, one I don’t think I would have ever known on my own. God just loves to share His wisdom with people who look for it.

A well-known example is how you can learn one part of Torah, and the same matter will show up on the same in a completely different area of Torah. A few weeks ago, while translating some of Sha’ar HaPesukim on Parashas BeHa’alosecha, I came across an idea that caused me to have a question I never had before while learning Parashas Vayishlach the next morning. Then, returning to Sha’ar HaPesukim later that day, I found the answer to my question, one I would never have otherwise found.

Countless people have countless examples of such Hashgochah Pratis when it comes to learning. And aside from the wonderful insights it yields, it also makes a person feel the hand of God in life, and their learning. It’s like having God as your study partner, which He is if you let Him be.

Back to the brothers. Of course, the brothers did not know Yosef was speaking in code to them. Of course, they could not have, on their own, worked out the meaning of “meraglim atem—you are spies” even had they known it was a code. But with some Heavenly help they could have, and had they figured it out then it would have proven that God was with them, and that they were on the right spiritual track.

Yosef’s encoded language was a litmus test for this. He knew that they could not figure it out even with all of his many clues and hints on their own, but that God would help them if they were fitting. He would create the necessary events to point them in the right direction, and provide them with the required insights to open their minds to the answers they needed.

But, alas, the results came back negative. They could not see past Yosef’s charade and only saw God using an Egyptian viceroy to “collect His debt.” They were prepared to fight for Binyomin, but not to see his brother who had taken an unusual interest in their family. As Yehudah complained to Yosef, “Did you want to marry our sister that you investigated us so deeply?”

And that was, as Yehuda told Ya’akov earlier, “he knew what our cribs were made from” Listen to your own words, Yehuda. Even if you believe that Yosef knows how to divine such information, which you probably don’t, why would he? Wouldn’t he also be able to divine less specific information, like that you are not spies, and know you are who you say you are, without having to bring Binyomin back to prove your story?

Ya’akov probably did. This is why he gained the confidence to comply with Yosef’s, that is, the Egyptian viceroy’s request to have Binyomin brought down to Egypt on their return trip. Something was rotten in Denmark, or, rather in Egypt, and he probably suspected, or at least hoped, that the dreams of Yosef he “guarded” back at the beginning of Vayaishev had indeed come true, and Yosef was now pulling the strings.

Thus, Yosef was forced to reveal himself to his brothers before matters became too out of hand. Desperate people do desperate things, and Yehuda and his brothers were sounding more desperate at each stage of the ruse. It had been a great plan, but unfortunately it did not have its desired result, and rather than the brothers figure out their brother, he told them himself who he was, to their utter shock and humiliation.

There is a well-known expression that says, “Be careful what you wish for because you just might get it.” A corollary that no one says, because I just made it up, is, “Be careful about what you don’t wish for, because you certainly won’t get it.” Keep your mind closed to realities that you should be open to and aware…act as if a real issue is not real at all, and you will miss out on the divine help you need to properly and wisely deal with it.

There is a time to be closed-minded.

At the wrong time, it can be outright dangerous.

For example, had the brothers figured out it was Yosef before he revealed himself, the redemption would have come. How? What? It doesn’t matter. God would have worked it out and all the pieces would have fallen into place. And all that has gone wrong in history since then would never have occurred. Wow!

Instead, the brothers had to be shocked and humiliated. And though Yosef wanted to reconcile their relationships completely, they couldn’t. They lived with guilt and didn’t trust Yosef to not take revenge. And then after they died, their descendants were enslaved for 116 terrible years, and four more times since then. We’re still waiting for the redemption they would have ushered in by being able to recognize Yosef on their own, or at least with the help of God.

What would it have proved? Why did their recognition of Yosef make such a difference to history?

It has to do with the “chain of command.”

Let’s say someone steps on your toe at the local grocery store. Ouch. And rather than apologize, they continue on oblivious to their affront and your pain. As emotions well up and instigate you to give the person a piece of your mind, it becomes increasingly difficult to realize that the real question is, “Why did God have this person hurt me like that?” As the Talmud says, a person does not stub their finger unless it is decreed in Heaven (Chullin 7b).

It becomes even more complicated to stay focused that the hand of God is behind everything when the number of perpetrators and the effect they have is greatly increased. We see the people who are making the greatest noise, and tend to stop there. They may look like they are acting independently, but they  aren’t. They are God’s vehicle, either for good or bad, just as we can be as well.

It’s only when we realize this that we can begin to sense the bigger picture. The events of the today are just the next ones to have occurred in a chain of events stretching all the back to Creation, and earlier. And every single one of them is not only not random, but is part of God’s master plan to bring Creation to its intended completion, even the person stepping on your toe at the local supermarket.

It’s not the events of the day that define us and what we are here to accomplish, but that bigger picture. It is not only what we see that tells us what to think or feel, but the things we can’t see, either because they have already happened, or they are happening on a plane too high for us to view. But we don’t have to. We only have to acknowledge that this is the case, and Divine Providence will take care of the rest.

Then, we’ll know what to think.

We’ll figure out what to feel.

And most important of all, we’ll decide correctly how to act.

That’s when we become a reliable partner with God in the fulfillment of His purpose for Creation, not just the means through which He carries it out.