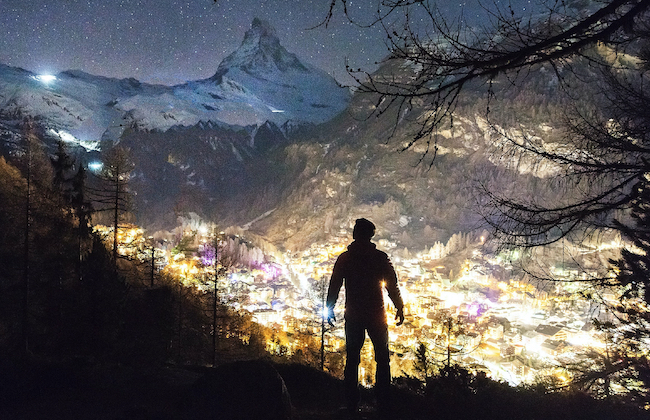 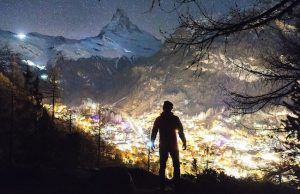 YISRO WAS quite the character. In modern-day terms, he’d be one of those multi-faceted personalities with a foot in all kinds of worlds. There would be those who would look at him with envy, as he became the father-in-law of the greatest prophet to have ever lived. Had we been there when Moshe married Yisro’s daughter Tzipporah, we probably would have wondered what merit he had to be up there under the chupah with the only Jew, who was equal to the entire Jewish nation.

In fact, as wonderful a find as Tzipporah was, there’d be many families today who would nix the shidduch if it was suggested to them. Yichus, yichus, yichus. “I don’t care if he did teshuva,” some would complain, “he once served every kind of idol known to man! Surely he remains impacted by at least some of them!”

And what’s with his seven names?

Did he need a special name for each of these progressions in life? And why did he merit to figure so prominently in Torah history? Not only did he suggest the hierarchy of judges that became Torah law, but the Torah itself is given in the parsha that bears his name!

And when Yisro joined the Jewish people at the base of Har Sinai, why did he refer to himself as both Moshe’s father-in-law and as Yisro. Had he mentioned one or the other, would Moshe not have known who had arrived, especially since he brought  Moshe’s wife and children?

And after all that introduction and fanfare, he didn’t even stay for Kabbalas HaTorah according to some, or left shortly after it, according to others. Moshe Rabbeinu tried hard to convince him to continue on with the Jewish people, but was unsuccessful. Instead, Yisro gave up the opportunity to join the Jewish people on their historic journey to Eretz Canaan, and returned to Midian, his homeland. How disappointing that must have been for Moshe and his family!

WHEN YOU look at someone famous today, especially if they are having an impact on history for either good or bad, do you wonder who they must have been in the previous incarnations? Probably not. We don’t usually think like that, even if a person believes in the idea of reincarnation. After all, if we can’t even know who someone was in a previous lifetime, what’s the point of thinking about it?

Very true…today. But not when it comes to biblical characters. There we don’t even have to guess, because we have already been told many of the reincarnations of some of the most important and influential people of that period of history, Yisro included. And it is very surprising to find out the origin of Yisro, and what happened to him along the way:

Kayin was a combination of good and evil. The evil went to the Egyptian who was killed by Moshe, who was [the reincarnation of] Hevel, over the incident of Shlomis bas Divri. (Sha’ar HaGilgulim, Introduction 36)

The Midrash says that Kayin had been born with a twin sister and Hevel, with two. This made Kayin jealous of Hevel, who wanted to marry her instead of Hevel. Eventually Kayin murdered Hevel to take her, and part of his soul reincarnated into the Egyptian in Moshe’s time, to rectify this sin. Instead Kayin, as the Egyptian, repeated the sin by deceptively taking Dasan’s wife, Shlomis bas Divri.

When Moshe became aware of his “brother’s” repeated sin, and caught him beating Dasan because of it, Moshe killed him using the Name of God.

It was measure-for-measure since he [as Kayin] had killed Hevel over the extra twin sister. The good of Kayin [however] went to Yisro, and he [instead] gave his daughter to Moshe to rectify the matter of the twin [sister]. When Moshe killed the Egyptian he became rectified through this. His Nefesh left him (the Egyptian) and clung to the Nefesh of Yisro, and he (Yisro) converted. (Sha’ar HaGilgulim, Introduction 36)

What goes around comes around. Hevel, as Moshe, killed the Egyptian and rectified the Nefesh of his brother, Kayin. It then went to Yisro who already had the good part of Kayin’s Nefesh, and the addition inspired Yisro to convert to monotheism. By the time Moshe fled Egypt, went to Cush for several years, and then showed up at Yisro’s front door, they were on the same spiritual page.

To make things even more right, Yisro—Kayin—gave Moshe—Hevel—his daughter Tzipporah as a wife, who just happened to be the reincarnation of the twin sister over whom Kayin killed his brother. No wonder they ended up being so close.

This is why, the Arizal explains, Yisro announced himself as both Moshe’s father-in-law and as Yisro. The three Hebrew words form a roshei teivos of “achi,” which means “my brother.” Yisro was hinting to Moshe, apparently, that if he did not want to come greet him for the sake of his wife and sons, he should come out and greet him as his long-last brother, Kayin.

IT IS amazing, is it not, how billions of people can read the Torah year-after-year, and only know about the Moshe-Yisro side of the story? Yes, some questions arise, but heh, the story is the story.

Moshe Rabbeinu was born Moshe Rabbeinu, and Yisro was born Yisro, or whatever he was called at birth. Eventually Moshe killed the Egyptian who was simply a sadistic person, and that was the end of him. This forced Moshe to flee for his life, once Pharaoh got wind of his treasonous act, and that eventually brought him to Midian.

Moshe just “happened” to meet Yisro’s daughter Tzipporah at a well there, and helping her with the water, she returned home early that day. That got her father’s attention, who asked her about it. This compelled Tzipporah to mention the stranger who helped her, and this prompted Yisro to seek him out and invite him back home to break bread.

The Midrash says that Yisro realized that Moshe was an Egyptian fugitive, and put him into a pit in the ground to incarcerate him…FOR 10 YEARS! When Yisro saw that Moshe “miraculously” survived in the pit, not knowing that it was Tzipporah who secretly fed Moshe each day, he took Moshe out and gave Tzipporah to him as a wife. And once God told Moshe to return to Egypt and redeem the Jewish people, Moshe and his father-in-law departed on the best of terms.

But that is not the whole story, not even the main part. It is really about two long-lost brothers and how they made up with each other thousands of years later in different bodies, and how the first—Kayin—returned to the second—Hevel—what was rightfully his, his twin sister. In that minor part of the redemption story was a major historical tikun.

And it didn’t “just” happen. It had been “happening” for thousands of years already, until it could finally be actualized through Kayin’s and Hevel’s reincarnations. And the Egyptian who beat Dasan and caught the attention of Moshe, who executed him with a Divine Name? All part of that evolving rectification process which, for all we know, continues on to this very day.

There is another part of the story that often gets overlooked. The Talmud says:

Rabbi Chyya bar Abba says that Rebi Simai says: Three were [associates] in that counsel [of Pharaoh]: Bilaam, Iyov, and Yisro. Bilaam, who advised [to drown the newborn males], was [later] killed [by Pinchas]. Iyov, who was silent and [reluctant to express his opinion], was sentenced to [suffer] afflictions. And Yisro, who fled [after he disagreed with that counsel and Pharaoh wanted to kill him], his descendants were privileged to sit [as scribes in session with the Sanhedrin] in the Chamber of Hewn Stone… (Sanhedrin 106a)

This of course took place before Moshe was even born. It is amazing that Yisro, from Kayin, would even opt for such a merciful treatment of the Jewish people, and at the risk of his own life. Perhaps knowing that they were descendants of Shais, who was the reincarnation of Hevel before Moshe was, he was already trying to make amends.

But he probably had no idea at that time that his actions would lead to such glorious consequences far down the road. Nor could he have imagined that the Torah received by “Hevel” would be associated with him, a reincarnation of Kayin, even being able to contribute to its content with his suggestion about a hierarchy of judges.

On the other hand, there is another dimension to the Yisro discussion:

The matter of Balak is alluded to in the verse, “And Balak, the son of Tzippor, saw” (Bamidbar 22:2), [that is, he was] the son of Yisro, regarding whom it says, “Even a bird found a house” (Tehillim 84:4). [This is referring to Yisro,] the father of Tzipporah and wife of Moshe, as mentioned in the Zohar, Parashas Balak, 196b… (Sha’ar HaPesukim, Balak)

Balak, of course, was after the opposite of what Yisro wanted. Yisro wanted to save the Jewish people, and Balak wanted to destroy them. Then again, it is not the most uncommon thing for a father and son to want completely different things in life, though it is hard to believe that they were even related.

But it just goes to show multi-faceted a person can be. And, it also shows how the decisions we make today have eternal consequences, even if they don’t seem so important at the time that we make them. Maybe this is one of the reasons why the giving of the Torah is associated with Yisro.