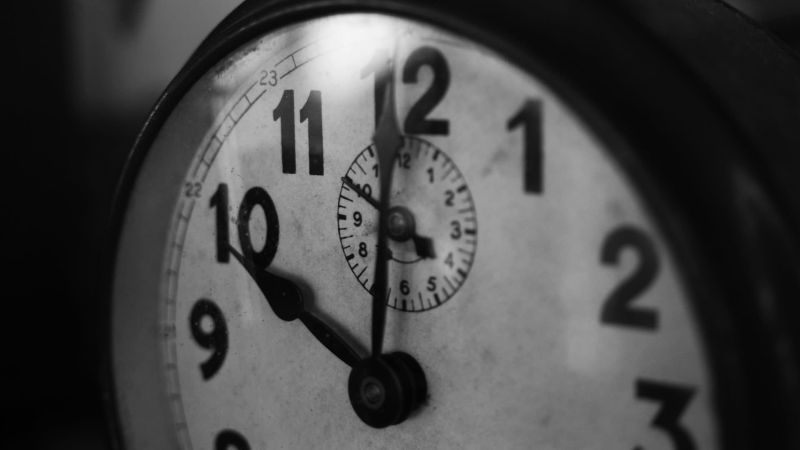 At The Right Time 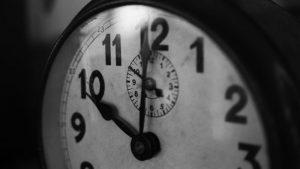 AFTER THE DEATH and burial of Sarah, Avraham returned to the matter at hand, marrying of her only son, Yitzchak. The Akeidah had been a close call, as Rashi mentions at the end of last week’s parsha. It would have been a whole different Akeidah had Yitzchak already been married and had a son.

The women of Canaan were out of the question, as Avraham had told Eliezer. He was a Canaanite, and had a daughter he wanted to marry off to his master’s son. But, as trusted as he was, and as virtuous as his daughter may have been, they were cursed going back to Noach. Avraham’s family was from those who Noach had blessed. It was an inappropriate mix.

Instead, Yitzchak’s wife had to come from outside of Canaan, from Padan Aram to be exact, and Avraham sent Eliezer off on a mission to find her and bring her back. Despite his personal disappointment, Eliezer loyally followed his master’s instructions.

Once there, Eliezer was not sure how to go about finding the right shidduch for Yitzchak. How was he to know? Many a shidduch have ended in disaster, no matter how much the shadchan claimed it was a match made in Heaven. Yitzchak needed someone special, and not being a prophet, he didn’t want to be fooled.

So Eliezer turned the whole thing over to God. He said:

“O God, the God of my master Avraham, please cause to happen to me today, and perform loving kindness with my master, Avraham. I am standing by the water fountain, and the daughters of the people of the city are coming out to draw water. And it will be, [that] the maiden to whom I will say, ‘Lower your pitcher and I will drink,’ and she will say, ‘Drink, and I will also water your camels,’ her have You designated for Your servant, for Yitzchak, and through her may I know that You have performed loving kindness with my master.” (Bereishis 24:12-14)

How did that work out for him? The Torah says in the next verse:

Now he had not yet finished speaking, and Rivkah came out, who had been born to Besuel the son of Milchah, the wife of Nachor, Avraham’s brother, and her pitcher was on her shoulder.

Mission accomplished. God had cooperated. He had brought Rivkah to Eliezer, and had made it clear she was the one destined for Yitzchak. It had been a great miracle. The question is, was it a necessary one?

AT THE END of last week’s parsha and just after the Akeidah, the Torah concluded with the lineage of Rivkah. Why? Rashi explains:

It came to pass after these matters, that it was told to Avraham saying: “Milchah, she also bore sons to Nachor your brother. (Bereishis 22:20)

After these matters, that it was told, etc.: When he returned from Har Moriah, Avraham was thinking and saying, “Had my son been slaughtered, he would have died without children. I should have married him to a woman of the daughters of Aner, Eshkol, or Mamre. The Holy One, Blessed be He, announced to him that Rivkah, his mate, had been born… (Rashi)

Wait a second. So Avraham already knew who to find for his son from the Master Shadchan Himself? If yes, and it says he did, then why didn’t he just tell Eliezer where to go once he got to Padan Aram? It would have circumvented the need for a miracle, which we’re really not supposed to invoke (Shabbos 32a). Instead of making such a condition for God to supernaturally fulfill, why didn’t Eliezer just call Information, get the Busuel family address, and catch a camel over there?

There might have been a couple of reasons. To begin with, the prophecy at the end of last week’s parsha was three years earlier. A lot could happen in three years, and maybe Rivkah was no longer the one for Yitzchak. It is known, according to Sod, that a person marries someone on their spiritual level at the time of dating. That zivug can change depending upon if the person goes up or down in ruchnios—spirituality.

Then there’s the more practical reason. What was it going to sound like if Eliezer showed up at the front door of Besuel and had said, “Hi, you don’t know me, but my master back in Eretz Canaan, your relative Avraham ben Terach, told me to tell you that God told him that your three year old daughter Rivkah is destined to marry his son, Yitzchak. Okay? How quickly can she be ready to go?”

SLAM! That would probably have been the sound of the door as they closed it on Eliezer’s face. The odds of that one ending well were very slim. Perhaps Avraham decided to let God handle the details of making the shidduch work out. If Rivkah was indeed the one for his son Yitzchak, Avraham trusted that God would make sure Eliezer left Padan Aram with her, and no one else.

THIS IS SIMILAR to something I have mentioned in the past. People want to know why Yitzchak wanted to bless Eisav if he was so evil. The obvious answer is, Yitzchak must not have known how evil Eisav was.

Really? That’s the obvious answer? You mean that Yitzchak, being a prophet, knew about things he could not see but not about things he could? You mean that Rivkah, who was clearly concerned about to whom the blessing went, never once discussed the matter with her husband? Surely Eisav’s Cheder rebi must have called them in discuss their son’s errant behavior! They have done it since then for every other child that didn’t get with the program.

Rather, the more obvious answer is that Yitzchak did know about Eisav’s behavior, but that did not change the fact that he had an obligation to bless him as the firstborn. Who knows, maybe it would turn Eisav around and bring out the Yitzchak in him! But if Eisav was not destined to receive the blessing, Yitzchak reasoned, it would have to be God’s doing to take it away from him, not his own. Likewise, Avraham may have said, “If Rivkah is indeed destined to marry my son, let God arrange it.”

Well, it’s not exactly the same. First of all, no halachah would have been violated by going right to Rivkah’s home to make the shidduch. There was a halachah to give the firstborn his intended blessing. From the other side, Eisav was a rasha, which might have implied an exception to the rule. Rivkah was a tzadeikas, which might have meant ignoring all else to make sure she married Yitzchak as soon as possible.

Yet despite all of that, Dovid HaMelech made the mistake of taking her prematurely and consequently, they lost their first child. He was also later reprimanded by the prophet Noson. What did he do wrong?

THE TALMUD SAYS that it was like picking an unripe fruit. Bas Sheva had been meant for him, but not when he took her and certainly not how he did. As the Talmud says, anyone who pushes off the moment is pushed off instead (Brochos 64a).

Perhaps that is why Dovid HaMelech’s and Bas Sheva’s second son, Shlomo HaMelech, later wrote in Koheles that everything has its time. Try and change it and you tamper with history, and that can’t be good. Even the times when it looks as if you sped things up, either it is an illusion or you have set in motion something that will bite back down the road.

The Brisker Rav once officiated at a wedding at which the ring fell into the grass just as the Shomer was passing it to the Chasan. Like all things that fall into the grass, it was not easily findable, and the wedding party spent 20 minutes looking for it. Once found, they could finally proceed with the chasanah.

The Brisker Rav, however, could sense that people were disturbed by what had happened, perhaps even the chasan and the kallah. They probably wondered if it was a divine sign that the couple was not meant to be. To put an end to that mistaken thinking, the Brisker Rav told those gathered there the following:

Families decide that the chupah should take place at 6:30 in the evening on a certain day. They print it on the invitation and do everything they can to be on time. The only thing is that in Shamayim, the couple is destined to be married at 6:52. So what happens? Hashem arranges for an unplanned delay, in this case, a ring falling into the grass which cannot be found for 20 minutes. When the destined time for the couple to be married arrives, Hashem shows them where the ring is and the ceremony is able to be completed…exactly at 6:52, exactly as Shamayim decreed.

Avraham understood all of this. When he sent Eliezer off in search of Rivkah, she was only three years old. That is a discussion unto itself. He knew that Rivkah was the one for his son, but not when she was supposed to be the one. So he did his part by sending Eliezer off in the right direction, and left the rest up to God. In his merit, as Eliezer alluded, the great miracle occurred as it did, when it did.

Don’t just admire it. Emulate it.