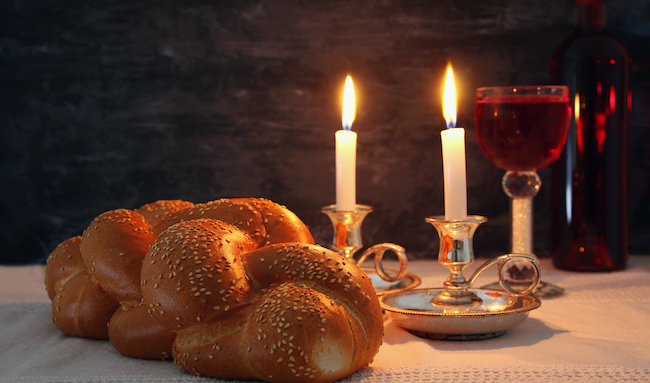 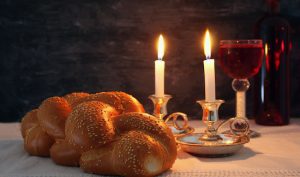 WHEN MOSHE RABBEINU asked to see God’s glory in last week’s parsha (Shemos 33:18), what was he really asking? The answer is easier if you consider the Hebrew: kevodecha, which means your kavod, or honor. Moshe asked to see God’s kavod.

Which means what exactly? Why is the word for honor similar to the word for heavy? Because when a person acts honorable, they gain weight. No, not the kind that shows up on a scale or makes clothing uncomfortably tight. The kind that results from recognizing the seriousness or importance of someone or something. Life is heavy when we feel the seriousness of its consequences. A person has weight in our eyes when we find reason to admire them.

But how does this apply to God? Moshe already knew God is serious business, and he already admired Him as much as is humanly possible. What else was Moshe looking for?

When someone we admire walks into a room, we feel it. Not from the outside, but from the inside. The respect they command triggers something in us that makes their arrival alone an experience. Rock stars and actors can make people faint just by showing up in person.

The reason for the adulation of the latter may be superficial and even wrong sometimes, but the feeling is real. As much as external stimuli through our five senses plays a role our experience of life, a lot of life experience begins in the mind as well, and maybe even instead. Knowledge has the ability to trigger our brain to send out the necessary chemicals that make us “feel” life.

When it comes to appreciating something that can be taken in with one or more of our physical senses, that it just adds to the experience. When it comes to appreciating something abstract and beyond physical sensation, like God of course, it means everything. If a person only feels lucky when something miraculous happens for them, it lifts their spirits. But when a person “sees” that God was behind the miracle, they feel loved, cared for, special, more divine, inspired, righteous, and the list just goes on and on.

That’s what Moshe Rabbeinu was asking for. He wanted the intellectual key that would unlock the experience of God, first for himself and then for the rest of the nation. The golden calf was proof that they wanted such an experience, and needed one as well. It made spirituality more tangible, as all idol worship does. To rout that holy desire in a kosher direction that would not result in golden calves, Moshe asked for something that would give people the sense that God really dwelled within them.

THE RESULT WAS the Mishkan. To us, it just sounds like a religious structure, which it was. But it was made just so, as per divine instruction, just as God formed the body of man. But a body is just a body and a Mishkan is just a Mishkan until it gets a soul. It is the infusion of God into a thing that changes everything. It is the difference between life and death, accomplishment and meaninglessness, even in a person who doesn’t even believe in God.

Moshe and Aharon went into the Tent of Meeting. Then they came out and blessed the people, and the kevod—glory of God appeared to all the people. And fire went forth from before God and consumed the burnt offering and the fats upon the altar. All the people saw, sang praises, and fell upon their faces. (Vayikra 9:23:24)

They saw the glory of God? What does that look like? A fire? A cloud? It’s hard to know exactly, and we tend to just take all of this for granted. We have never really had an experience of this for thousands of years now. But whatever it was, something clicked in their heads, and it made something click in their hearts. And it made them joyous beyond what they were used to, and just as it happened again at the end of last week’s Haftarah.

Last week’s Haftarah ended with Eliyahu HaNavi trying to draw the Jewish people back from the worship of Ba’al to the worship of God. It’s one of my favorite parts of Tanach, and I can just feel Eliyahu’s playful mocking of the priests of Ba’al. It’s classic.

And then after giving the idol worshipping priests plenty of time to humiliate and exhaust themselves, Eliyahu turned his attention to rebuilding an altar to God. And rather than light a fire to burn the offering he put on it, he instead drenched everything in water to maximize the miracle. It was like trying to light a fire with wet twigs in the pouring rain.

Then after a short prayer to God, fire came down from the sky and consumed the sacrifice and the water. The dramatic failure of the Ba’al worshippers only amplified the dramatic success of Eliyahu’s demonstration, and once again the people fell on their faces, this time announcing “Hashem is Elokim!” They could feel the kavod of God, and it humbled them and gave them an experience of the divine that wasn’t quickly forgotten.

If those words sound familiar, it’s because we end off Yom Kippur with them. We say them seven times just before blowing the shofar to announce the end of the fast. And though many people say them with enthusiasm and sincerity, the question is, what is the source of that? That Yom Kippur is finally over and hopefully we have been forgiven for our sins? Or, because we experienced the divine on a higher level than normal, and we have come to feel the “weight” of God?

Time tells all. The success of Yom Kippur is not determined not by what we did on the day itself, but how we live our lives after it is over. What was the long-term impact of the day? Did it carry over into Motzei Yom Kippur…and then Succos…and beyond? On Yom Kippur we go to God. The question is, do we take God with us after Yom Kippur leaves us? And if we do, how do we maintain that God feeling all year round?

WE LEARN THE melachos of Shabbos from what was done in the Mishkan, something that is alluded to in this week’s parsha. The fact that we had to cease work on such a holy project as the Mishkan for such a holy day as Shabbos tell us what cannot be done on Shabbos, and what is prohibited.

But why would the Mishkan be pushed off for Shabbos? Because Shabbos is only pushed off to save a life. Anything less than pikuach Nefesh does not necessitate the breaking of Shabbos, no matter how holy or important it is.

But why learn the halachos of something as important as Shabbos in such an obscure manner? If the Torah can take such care to describe the construction of the Mishkan, certainly it could have taken the same kind of care to at least the 39 melachos of Shabbos.

This means that entering Shabbos is like entering the Mishkan. Being within Shabbos is like being in the Mishkan. And just as we had to build the Mishkan to divine specification so the Shechinah could dwell within it, likewise a person has to “build” Shabbos to divine specification so the Shechinah can “dwell” within it, and the person can have an experience of the awesome and enlivening kavod of God.

For one, you only went to the Mishkan in search of God. We have to go into Shabbos the same way, in search of God. In the Mishkan, that meant reaching the proper level of spiritual purity, and have the correct mindset to enter such a holy place. The same is true of Shabbos, and for some it might mean an overhaul of their entire approach to Shabbos.

But it is well worth it, because the experience of God that is possible is incredible, even today. This kind of Shabbos does not only restore one’s spiritual energy, it enhances it to make possible continuous spiritual growth even during the rest of the week. It is a whole different level of reality, the one we were originally created to live on, called by the Torah, Gan Aiden.

Sponsored in loving memory of

TIME. EVERYONE KNOWS what it is. It’s inescapable, even after death. The soul may ascend and escape it, but not the body, decomposing more and more each day. We try to control it, to master it, but at the end of the day Time always seems to win.

It is one of the main distinguishing features of man. Time’s continuous flow means that he really has no Present, since the Future is constantly becoming the Past. For God, however, Who is ABOVE time, there is no Past or Future, or Present.

This is how science defines Time:

Time is the indefinite continued progress of existence and events that occur in apparently irreversible succession from the past through the present to the future. Time is a component quantity of various measurements used to sequence events, to compare the duration of events or the intervals between them, and to quantify rates of change of quantities in material reality or in the conscious experience. Time is often referred to as a fourth dimension, along with three spatial dimensions. (Wikipedia, Time)

While the secular world grapples with the concept of Time—

Time has long been an important subject of study in religion, philosophy, and science, but defining it in a manner applicable to all fields without circularity has consistently eluded scholars. (Wikipedia, Time)

—Torah teaches how to harness it. Prayer times keep a person in touch with sunrise and sundown. Shabbos observance requires one to bring each week to a definitive end. Holidays make sure that a Jew maintains a handle on the seasons of the year.

Even the Hebrew word for Time itself is instructive: zman, spelled Zayin-Mem-Nun. It is no coincidence that it is the root of words such as “mezuman,” which means “ready,” or “cash,” and “hazmanah,” which means “invitation.” If Time teaches us anything at all, it is the importance of being ready.

The answer to this question depends upon one’s understanding of the purpose of life. If a person believes that life simply evolved with no set purpose other than to survive, then Time is just an unfortunate liability of being human. Life is a race to enjoy as much of it as possible before a person’s time runs out.

If life has a purpose, then Time is not the enemy, but an ally. It’s a fundamental element of life, an “overseer” to make sure a person gets the job done, and ON TIME. It is a motivator and acute reminder that this world is only temporal, and to get ready for the next one:

This world is like a corridor before the World-to-Come. Rectify yourself in the corridor in order to be able to enter the banquet hall. (Pirkei Avos 4:16)

Thus, Time is inextricably tied up with the purpose of Creation. It is NOT the enemy. It is an ALLY.