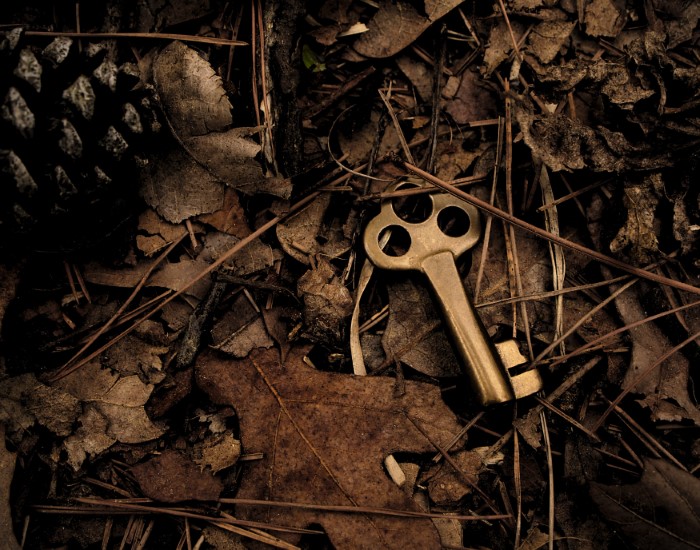 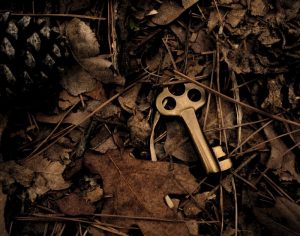 THERE ARE THINGS in life that seem so simple and so secondary that we barely pay attention to them. That is, until life teaches us otherwise.

Imagine talking to someone about making money, which you really need to do, and after 45 minutes of casual discussion he happens to throw in at the end, “And last week I made a million dollars.” Would it catch you attention? Would your make one of those faces that say, “Wait, what?”

It certainly caught my attention. Decades ago, when I still worked in the business world, I was out for a dinner with a client of my father’s, who happened to be a very successful and wealthy businessman. He was casually telling us his financial history when he happened to mention that he made a million dollars that day in the stock market. He had a significant amount of stock that he sold, and it netted him a million dollars. Wait, what?

The Torah kind of did that last week to us. It began with its recounting of Creation, quickly moved to man’s abuse of it, and ended with God’s decision to reboot it. And as we sat back and pondered how so much good could become so bad so quickly, the Torah threw in, “And Noach found grace in the eyes of God.” Period.

Wait, what? What does that have to do with anything? Granted it tells us why Noach survived the judgment of mankind, but it doesn’t tell us how. It’s like a CEO telling his entire staff that he is letting them go except for one person who happens to not be at the meeting. When asked by the rest of the staff what makes that person so special, the boss just says, “I just like him.”

That’s when everyone looked at each other with quizzical faces that said, “Him?” He was the least driven to advance in the office. He wasn’t the most exciting guy to be around, and few people paid much attention to him. But apparently the boss did. They had previously thought that they had something going for them that he didn’t. All of a sudden, just the opposite seemed to be true, and as they filed out the boss’s door one last time, they wished they had taken note of it earlier.

Noach had been a reject from his society. Whatever he had no one else wanted, and what they had Noach seemed to do without. He just wasn’t on the same page as the world around him, and this made him an outcast. Dovid HaMelech wouldn’t write these words for over 1,000 years, but they already applied to Noach: The stone the builders despised became the cornerstone (Tehillim 118:23).

Until that is that God fired mankind, save for Noach and his family. And as the rest of mankind filed out the boss’s door forever with pink slips in hand, they wondered what it was that Noach had, that caught their boss’s attention. The Torah answers that question: chayn.

There is a clue. It doesn’t stand out at first because it seems to have little to do with chayn, just the name of Noach. But the name Noach is not the mirror image of chayn for no reason, and it certainly isn’t a coincidence. Yosef may be the main representative of chayn, but Noach was its founder, so to speak.

Lamech lived for 182 years, and he fathered a son. And he named him Noach, saying, “This one will give us rest from our work and from the toil of our hands from the ground, which God has cursed.” (Bereishis 5:28-29)

This one will give us rest: He will give us rest from the toil of our hands. Before Noach came, they did not have plowshares, and he prepared [these tools] for them. And the land was producing thorns and thistles when they sowed wheat, because of the curse of the first man, but in Noach’s time, it [the curse] subsided. (Rashi)

The name Noach is connected to chayn, but the name Noach itself alludes to how he made life easier for other people. This would seem to say that chayn is very much connected to how much we put others before ourselves. Somehow, God really likes this, perhaps even more than what we do just for Him.

This would explain why we begin Yom Kippur with Tefillas Zachah. That’s the prayer during which we forgive others for any wrongdoing against us, and they, us. Because, as we are told, God only forgives us for sins between us and others if we have already been forgiven by them. Since we can’t always recall who we offended during a previous year, or get to them in time, we say this tefillah to cover ourselves, either as forgivers or as the forgiven.

My halachah rebi once taught us, “Your ruchnios is someone else’s gashmios.” He meant that we personally have to be more concerned about our level of spirituality, and that it should be our priority. But our spirituality, i.e. mitzvah, was to make sure that others had what they needed materially.

This is often not the case, because people often focus on what others lack spiritually. In other words, what they are doing wrong…where they are sinning, especially if it is in an area that they do not sin. And even though there is a Torah mitzvah to criticize others if you can do it as per the mitzvah, something the Gemora questions even in its time, this prerogative says that it has to be in a way that is noach for the person. Your criticism should inspire people to change for the better, not for the worse.

On a personal note, this idea helped me with something I used to struggle with a lot: comforter covers. They are those big clumsy slip covers you put over a comforter on a bed that usually matches the sheets. They’re a nice touch but a pain in the neck, sometimes literally. My wife insists on them for our guests, but then again, she doesn’t put them on.

But as the Gemora says, Hachnasas Orachim—bringing guests into our homes is like greeting the Shechinah. I still struggle to put them on (if only they went on as easily as they come off), but it got a little easier psychologically when, on a couple occasions, our guests commented how much they appreciated that we made the room look so hotelish. It made them feel special to see the beds made so caringly. I no longer fight against it, reminding myself that the reward for a mitzvah increases as the difficulty does as well. Maybe it will even save me from the next flood, or whatever…

Chazal say this was because he did not try hard enough to bring the people back to God. If they came by the ark construction site and asked what on earth he was doing, he would warn them about the upcoming flood. But unlike Avraham Avinu in the future, he did not actively try to mekarev—bring close—the people to God, to get them to do teshuvah while they still could.

For good reason. He could see who he had to deal with. Would anyone have listened to him had he pulled an Avraham Avinu? According to the Gemora, that is not the question to ask:

The Trait of Judgment said before The Holy One, Blessed is He, “Master of the Universe, What difference is there between the two?”

It said before Him, “Master of the Universe, they (the righteous) could have protested, but didn’t!”

He answered, “It is revealed and known before Me that had they protested, they would not have been listened to!”

It answered, “To You it was revealed…but who revealed it to them?!” (Shabbos 55a)

The Gemora concludes that God agreed with the Middas HaDin, and destroyed everyone, tzaddikim included. If you care enough, you try. You never know what will happen as a result. Personally, I have seen people whom I thought would never be relevant to a Torah way of life, do teshuvah. And if you help one person even a little, it isn’t worth it?

That’s for God to decide, but for us to try.

THE TRUTH IS, Noach was not the first person to file the patent on chayn. Chanoch was. This is why the first two letters of his name spell chayn, and God took him before his time while he was a tzaddik:

He was a righteous man, but he could easily be swayed to return to do evil. Therefore, The Holy One, Blessed is He, quickly took him away and caused him to die before his time. (Rashi)

This is another important clue about chayn. There are lots of false chayns in the world, most of which emphasize superficial values. The Gemora says that if you want to know if you have found the real deal, check and see if the person has fear of God, because they usually go hand in hand (Succah 49b). As it says, “Chanoch walked with God…Noach walked with God.”

Why? Because true chayn is the result of being real with God, or being real with ain od Milvado. When a person believes in their heart that only God matters, they’ll only be concerned about what He thinks about them, not what everyone else thinks about them. When we try to please others, we tend to add layers to our personality that are not necessarily ours. When we try to please God, we only need to be ourselves, our true selves, because that is all God is willing to relate to.

An analogy helps. Once there was a king who wanted to test the sincerity of his friends. He dressed up as a mere noble and went to visit each individually to see how they acted around him when he was not being the king. Sure enough, there were some who were radically different around the “noble,” and even complained about the appearance they had to keep up around the king.

A few however were the same people around the “noble” as they were around the king. They even spoke about how much they enjoyed being around the king, and how they cherished his company. They considered it an honor to be in his presence, and enjoyed acting with the proper respect when they were.

The king decided to reveal his true identity to each person. To his surprise, they weren’t surprised.

“Did you know it was me?” the king asked.

“We suspected it was the king,” they answered.

“How did you know?” he asked them.

“Because even dressed up as a noble, the king was still a king.”

The king smiled, but asked, “Does that mean you only told me what you thought I wanted to hear?”

“No, your highness,” they answered. “We told the king what we wanted to say, but would have considered it disrespectful to tell the king directly. We just used the opportunity to be honest in a less formal manner.”

The king was pleased with his friends, who now had even more chayn in his eyes. At the next royal banquet only his true friends were invited into his inner chamber for a special toast. Everyone else was curious why, but no one else was the wiser.