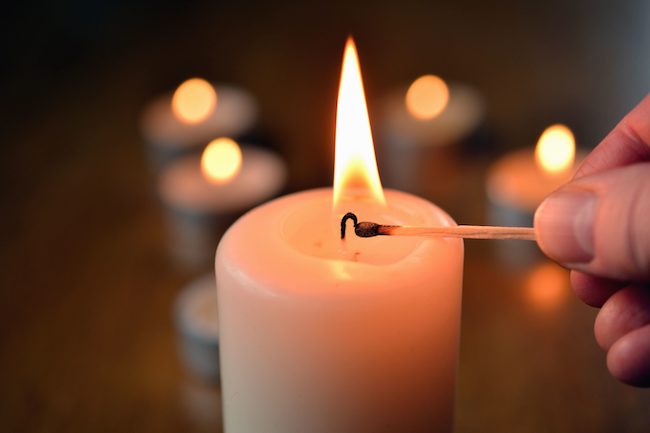 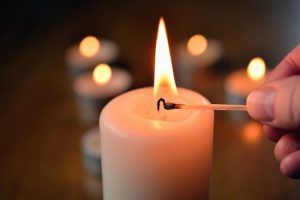 We are familiar with the Rashi’s comment in the second verse of this week’s Torah reading that the Priest who lit the candelabra was to keep the fire close to the wick, until the wick itself caught fire and rose by itself. This is a lesson not only regarding the lighting of the great candelabra in the Temple but is also a metaphor for many life situations. Unless the wick itself truly catches fire and holds the flame on its own, the effort expended in attempting to light this wick will ultimately be fruitless and unsuccessful.

This metaphor is true in family life as well, for if our children and grandchildren are unable to be successful on their own, then the parents have somehow failed their responsibility regarding their children. This is also true in the realm of education. Students who can never be productive on their own, no matter how much knowledge they have, will not be a source of pride to their teachers.

We have witnessed many times in life that people who were somehow voted to be the most likely from their class to be successful in the future, do not fulfill that hope and expectation. Their flame did not kindle itself and is of limited illumination and value. There are many factors that go into this eternal problem of generations of students. However, the result is what usually counts, and everyone agrees that success is measured by the ability to eventually achieve by one’s own efforts.

This week’s Torah reading itself provides an example of this idea, of making certain that the flame will take hold on its own and not flicker and later disappear. We are taught that the Jewish people undertook what should have been a short march from the mountain of Sinai to enter the land of Israel. They are seemingly well mobilized for the journey and embark upon it with apparent enthusiasm. Nevertheless, this journey turns into a trek of 38 years of bitterness, hostility, rebellion, and eventual demise of that entire generation. Simply put, the flame that was with the Jewish people at the Exodus from Egypt and the revelation at Mount Sinai did not hold fast enough to be able to survive the tests and vicissitudes of life and the events that lay ahead.

It would be the task of the later generations to summon the will and tenacity necessary to see to it that the tools necessary for the national growth and development of the Jewish people in the land of Israel would be strong enough to maintain itself on its own. That remains the challenge in Jewish life throughout the long centuries of our existence, and especially over the tumultuous centuries that we have recently experienced. Tenacity of purpose and strength of will have been and remain the key weapons in our arsenal of survival and triumph, and we will see the flame of Israel strengthen and rise once again in our days.