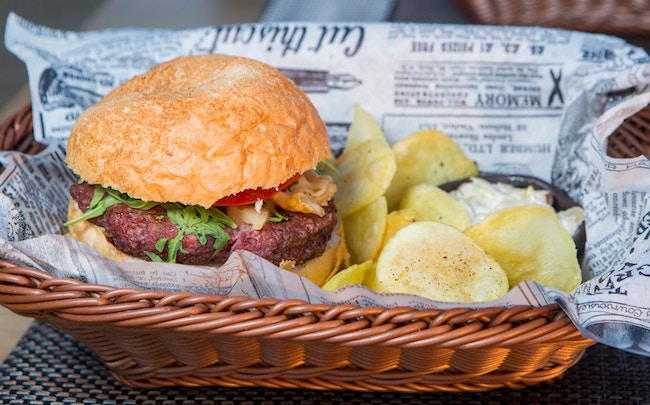 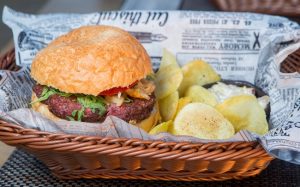 And the name of the other was Eliezer, for ‘the G-d of my father came to my aid, and He saved me from the sword of Pharaoh'” (18:4)

The Torah recounts that Moshe had two sons. He named the oldest Gershom because Moshe was a “ger” – “stranger” in a strange land, reflecting his exile in the land of Midyan after fleeing from Mitzrayim[1]. His second son he named Eliezer to commemorate his miraculous salvation from the executioner’s sword in Mitzrayim[2]. Both of Moshe’s sons were born prior to his return to Mitzrayim. Why does the Torah wait until Bnei Yisroel leave Mitzrayim to reveal the name of Moshe’s second son? Furthermore, Moshe’s salvation from the executioner’s sword occurred prior to his exile in Midyan. Why did he give the name “Gershom” before the name “Eliezer”?

When a person is miraculously saved his immediate reaction must be that Hashem spared him for a higher purpose. Until that purpose is discovered the full extent of the miracle cannot be realized. Moshe understood that his salvation must be viewed as part of Hashem’s master plan, but upon the birth of his first son he was still not aware of the specifics of this plan. Consequently, Moshe’s named his child Gershom reflecting his sense of detachment from his people .

At the site of the burning bush Hashem revealed to Moshe that he was saved from Pharaoh so that he may lead the Jewish people out of exile. At this juncture his second son was born whom Moshe named Eliezer, for the full purpose of the miracle had been revealed to him. The Torah waits until Bnei Yisroel are standing at Har Sinai to receive Hashem’s commandments to relate the name of Moshe’s second son, for it is at this point that the full impact of Moshe’s deliverance is felt. The message that the Torah is imparting is that if Hashem reveals Himself to an individual through a miracle it can only be because this individual will be instrumental in bringing about a greater revelation and the sanctification of Hashem’s name.

And Yisro…heard everything that Hashem did to Moshe and to Bnei Yisroel…” (18:1)

Rashi cites the Midrash on this verse which states that upon hearing of the splitting of the Red Sea and the war waged against Amalek, Yisro is moved to join the Jewish people[1]. Eight verses after this verse, when Moshe repeats the miracles which Hashem performed on behalf of Bnei Yisroel, Rashi again comments that he related to Yisro the splitting of the Red Sea and Bnei Yisroel’s miraculous victory over Amalek. Rashi adds that this was done to bring Yisro closer to Torah[2]. What is Moshe adding in his description of these two miracles that would impact upon Yisro in a stronger manner than previously?

After hearing Moshe’s account of these miracles, the Torah says “vayichad Yisro”. Rashi offers the following two explanations for this expression: “and Yisro was happy (for the miracles performed on behalf of Bnei Yisroel)”, from the Aramaic word “chadi” – “happiness” and “Yisro felt discomfort”, from the word “chad” – “sharp” for his flesh felt as if it were covered with lacerations. Based upon the second interpretation, our Rabbis formulated the rule that a person is prohibited to speak deprecatingly about a gentile in the presence of a convert[3]. Why do the Rabbis use the expression “al tevazeh” – “do not deprecate”; how did Moshe speak deprecatingly about Mitzrayim? Furthermore, if it is the downfall of Mitzrayim which causes Yisro distress, should not only deprecating comments be prohibited, but all comments describing the ill-fortune of gentiles be prohibited as well?

A just king who sentences his subject for committing a crime will mete out a punishment commensurate to the crime involved. However, if the crime is perpetuated against his own son, the king will inflict a much harsher punishment upon the criminal in return for having caused his child anguish. Initially, Yisro is motivated to join Bnei Yisroel by the punitive measures taken against Mitzrayim for the crimes they perpetrated. When Moshe recounts the miracles which were punishments to Amalek and Mitzrayim, the verse states “al odos Bnei Yisroel” – “on account of Bnei Yisroel”[4]. Whereas Yisro originally understood that Mitzrayim’s punishment was quid-pro-quo for their wicked behavior, Moshe is adding that the punishment was meted out with additional wrath, for their crimes were committed against Hashem’s children, Bnei Yisroel. It is this added element which causes Yisro distress, for Moshe is, in effect, declaring that Hashem’s relationship with Bnei Yisroel is so unique that He will destroy any nation that mistreats Bnei Yisroel. This fact is deprecating to the nations of the world, and therefore, the rule forbidding us to speak deprecatingly of a gentile in the presence of a convert is formulated from this incident.

The manner in which Hashem relates to Bnei Yisroel or to the nations of the world can be ascertained by the manner in which He is described. “Elokim” is used when Hashem’s judgement is being invoked, indicating punitive action, while the ineffable name “yud-kay-vov-kay” reflects Hashem’s attribute of love or mercy. When the verse states that Yisro is motivated to join Bnei Yisroel because of what Hashem did to Bnei Yisroel’s enemies the name “Elokim” is used, for it is Yisro’s understanding that this was a purely punitive action[5]. When Moshe recounts the miracles to Yisro, Hashem’s ineffable name is used, for Moshe is explaining that the impetus for the punishment is not the crimes perpetuated by Mitzrayim and Amalek, rather Hashem’s love for Bnei Yisroel, against whom the crimes had been perpetrated[6].