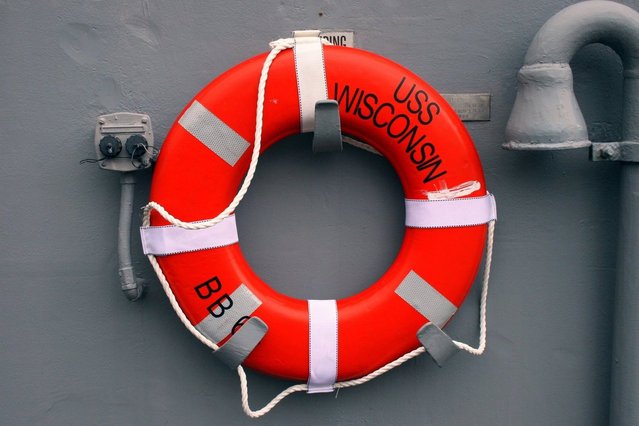 Help Me Help Myself 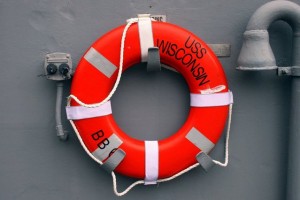 “If you see the donkey of someone you hate crouching under its burden…you shall help repeatedly with him” (23:5)

The Torah relates that we are obligated to help a person in a predicament even if we strongly dislike him. The terminology used by the Torah is “azov ta’azov imo” – “you shall help repeatedly with him”. The use of the term “azov” to describe the assistance which we are obligated to offer is perplexing, for “azov” is usually translated as “leave”, as we find in Sefer Vayikra “la’ani ta’azvenu velo silketenu” – “you shall leave it for the poor, do not gather it” []1. This would lend the opposite interpretation to our verse, i.e. “if you see a person requiring help, you should leave him”. Why does the Torah use a word to describe assistance which has the opposite connotation?

The Torah uses the term “azov” when describing a man leaving his parents’ home to find a mate for himself: “Al kein ya’azov ish es aviv ve’es imo vedavak be’ishto” – “Therefore, a man shall leave his father and mother and cling to his wife” [2]. The reason why marriage is described in terms of leaving the parents’ home is to teach us that marriage requires an individual to separate from his parents and acquire his own independence. Only then is he ready to establish a new home with his wife. The term “azov” does not only mean “take leave”, rather “become independent” as well.

The greatest assistance we can offer to a person in need is to bring him to a point where he no longer requires assistance. In so doing, we are giving him his independence. The Torah is teaching us that when we assist our fellow man, it should be done as an act of “azov”, providing the recipient with the ability to leave us, to no longer need our assistance.

A minor is not obligated in any of the commandments, and as such, is not susceptible to their punishments. Why would we require a verse to exclude a minor from the death penalty as a punishment for murder? Furthermore, if recording the verse in the manner found in Parshas Mishpotim “one who kills” could mislead a person to believe that this includes a minor who murders, why does the Torah express the verse in such a manner?

The Talmud teaches the law of “rodeif”: If “A” is attempting to kill “B”, it is a mitzva for “C” to kill “A” [2]. There is a dispute between Rashi and the Ran as to the underlying logic of this commandment. The Ran is of the opinion that permission to kill “A” is granted in order to protect “B” [3]. Rashi offers a novel interpretation. He says that it is permissible to kill “A” to protect him from sinning, thereby dying a murderer [4].

The law of rodeif applies even if “A” is a minor [5]. According to the Ran, killing a minor as a rodeif is understandable, for “B” must be protected regardless of the age of “A”. However, Rashi’s position requires explanation. If permision to kill “A” is only granted in order to prevent him from the sin of murder, why may we kill a minor who is not bound by this precept?

Rashi must be of the opinion that since murder is so grievous a sin, even a minor is expected to respect the sanctity of life, and is therefore bound by this precept. Consequently, if the prohibition against murder is the one precept which a minor is required to uphold, it would be logical for us to assume that he is susceptible to the death penalty. Therefore, the Torah in Parshas Emor emphasizes that a minor cannot be executed. However, in Parshas Mishpotim, the Torah records the verse which implies that a minor is included in the prohibition, to stress that he too is obligated to adhere to this law.

This week’s parsha records the Decalogue. The first commandment, which is the basis of all precepts, requires us to believe in the existence of Hashem. Hashem identifies Himself as the One “who took you out of the land of Egypt”. The Ibn Ezra recounts a question which he was asked by Rabbi Yehuda Halevi [1]: Why does Hashem define Himself as the G-d who took us out of Egypt [2]? It seems that a more appropriate title for Hashem would be “G-d, Creator of the Universe”. Defining Hashem as “Creator” identifies Him as the One responsible for all existence, while, “the One who took us out of Egypt” indicates that He is responsible for only one historical incident.

Rashi, apparently sensitive to this difficulty, comments “kedai hi hahotsa’ah shetihiyu mishubadim li” – “Taking you out of Egypt is sufficient reason for you to be subservient to Me [3].” Most commentaries interpret that Rashi is explaining that we are obligated to be subservient to Hashem because He saved us from the tyranny of Pharaoh. Citing the Midrash, Rashi offers a second explanation; Hashem was identifying Himself at Sinai as the same power that took Bnei Yisroel out of Egypt. When punishing the Egyptians Hashem appeared as a “man of war”, while at Sinai He appeared as an “elderly man full of compassion”. Hashem was dispelling the notion that there were two different deities. He therefore stated at Sinai “I am the G-d who took you out of Egypt [4].” How does compelling Bnei Yisroel to subjugate themselves to Him reflect the compassion of an elderly man?

Bnei Yisroel left Egypt to begin a relationship with Hashem. Rashi is not stating that the basis of our relationship with Hashem is that we owe Him our allegiance because He saved us. Rather, Rashi is explaining that the basis for every healthy relationship is each party’s concern for the well-being of the other. Hashem’s taking us out of Egypt reflects His compassion and care for the Jewish people, and it is therefore the cornerstone of the relationship.. “Kedai hi hahotsa’a” means that it is fitting that this act should be the basis for our serving Him, for He has shown His commitment and concern for our well-being.

The relationship forged at Sinai is described by our Sages as a marriage; by definition it must be exclusionary. Stating that Hashem created the world does not indicate a unique concern for the Jewish People alone. Therefore, it could not be the cornerstone of the marriage. The exodus from Egypt, which was performed exclusively for us, is the appropriate basis of our marital bond.