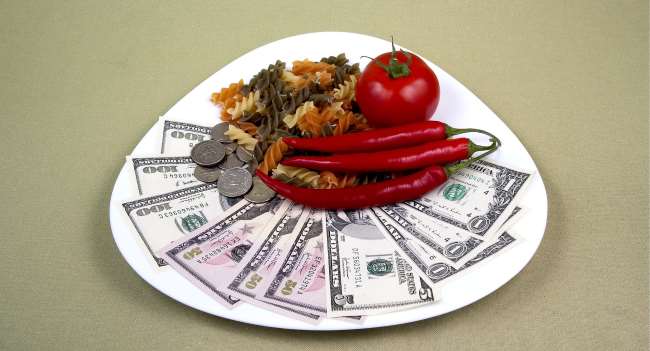 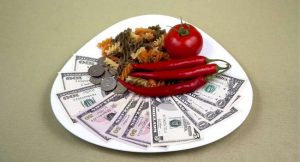 “Command Aharon And His Sons”

Chazal are sensitive to the fact that all of the offerings which were commanded to Bnei Yisroel were introduced with either the word “amarta”, which means “say” or “daber”, “speak”. However, in the commandment to the Kohanim, the Torah uses the more emphatic term “tzav”, “command”. Chazal explain that since the Kohanim incur financial loss in their performance of the service, an exhortation is necessary[1].

The commentaries offer various explanations for what the monetary loss was, to which Chazal is referring. The Maharal suggests that it is referring to an opportunity cost. These Kohanim who chose the path of Holy service could have chosen more mundane forms of livelihoods that would have been far more lucrative, When they are inaugurated the sense of what they have given up might overcome them, therefore they need the added encouragement[2].

The Ramban explains that the loss incurred was in the inaugural meal offering which every Kohain was required to bring and finance on his own when he was appointed to perform the service for the first time[3].

What must be explained is why the meal offering would require a special exhortation being that the expense incurred by it was minimal. When a person is granted a special honor, for example, being the guest of honor at a dinner, billing him for the dinner would be perceived as a slap in the face. Similarly, requesting a Kohain to pay for his inaugural offering after granting him the honor of representing Bnei Yisroel in the Beis Hamikdash, might be met with resistance. Therefore, the cost of the offering is inconsequential. It is the notionof being charged which creates resistance, and subsequently, there is a need for a special exhortation.

The verse states that the miracle of Purim brought light to the Jews. The Ibn Ezra explains that this verse refers to Bnei Yisroel’s emergence from the darkness and gloom of impending destruction into the light of salvation[1]. The Talmud understands that a spiritual message is being conveyed; “Orah” – “light” refers to the Torah. Bnei Yisroel reaffirmed their commitment to Torah[2]. What aspect of their commitment to Torah was reaffirmed? Different elements of nature are used to depict the Torah such as water, air, fire etc. Why, in describing the reaffirmation of the Torah, is the Torah compared specifically to the element of fire?

In Parshas Beshalach the Torah records that when Bnei Yisroel departed from Mitzrayim they were attacked by Amaleik at a place called Refidim[3]. The Midrash explains that the Torah records the name of the place because it is a contraction of words that reveals the reason for Bnei Yisroel’s vulnerability to Amaleik’s attack; “sherafu yedeihem min haTorah” – literally, “they weakened their hands from the Torah”, generally understood to mean that they became lax in their Torah study[4]. Why does the Torah describe the laxity in their commitment as a weakening of the hands? “Sherafu yedeihem min haTorah” implies that the Torah itself caused the weariness, “min haTorah” – “as a result of the Torah”. What insight is the Midrash offering by couching the reason in such a manner?

The study of Torah involves two aspects; one is the acquisition of knowledge which enables us to observe the precepts in the prescribed manner. Additionally, the study of Hashem’s wisdom connects us to Him, giving intrinsic value to the actual study.

The very essence and philosophy of Amaleik, that this world is devoid of Divine providence and is therefore ruled by chance, removes all value from anything that they do. Since, according to them, there exists no Divine blueprint, all of existence is governed by the pursuit of self-gratification, making every endeavor bereft of intrinsic value. This notion is reflected in Amaleik’s name, “amal kof” – “toil of a monkey”; a monkey is the primate closest to man and can be taught to mimic human behavior. However, although its actions are human in appearance alone, they possess no intrinsic value. The Amaleik perspective leaves a person unfulfilled and very often depressed. This leads to self-destructive behavior which is the trademark of Amaleik, who are described by our Sages as suicidal[6].

The Torah identifies the deficiency within Bnei Yisroel as becoming weary from the study of Torah. If a person approaches Torah study as only a means to an end and does not appreciate its intrinsic value, the actual study will make him weary. Weariness from Torah study indicates that we have allowed the insidious Amaleiki philosophy, the feeling that our actions have no value and we pass through life just going through the motions, to seep into our own thought patterns.

It is the fire of Torah which energizes and gives us our fulfillment and sense of purpose. Lacking this perspective weakens us not only spiritually, but physically as well. When we allow our internal Amaleiki tendencies to rise to the surface we open ourselves up to the attack of an external Amaleik. On Purim we defeated our external enemies together with our internal Amaleik which was eradicated by rekindling the flame of Torah. This comes with the awareness of the intrinsic value of Torah study.