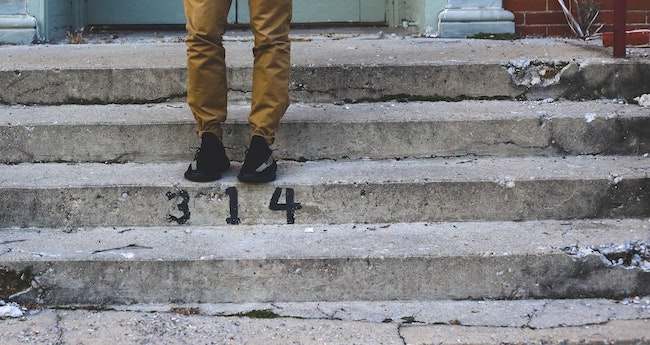 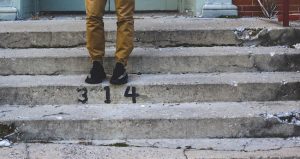 Chazal refer to the fourth book of the Torah as Sefer HaPekudim – The Book Of Counting. Presumably this is because of the census found in this week’s Parsha. However, this is not the first census Bnei YisroeI took. We find a similar census in Sefer Shemos. What is unique about this census that Chazal would define an entire Sefer by it?

Counting can be used for two purposes. One purpose for counting is to combine individual elements as a group. The other purpose for counting is to give each of the different elements within a group its own identity, giving the individual the feeling that “he counts”. This is accomplished by focusing on each individual separately, rather than on the group as a whole. The purpose of the counting found in Sefer Shemos is to unify the Jews as a nation following their exodus from Egypt. In Sefer Bamidbar we find the expression “bemispar shaymos” – “they were counted according to their names”. The reason for this is that the focus of the counting is to emphasize the individuality of each person within the group. Identifying a person by his name is a way of focusing upon his individuality. This expression does not appear in Sefer Shemos, for if the function of the counting is to unify the people as a nation, there is no need to identify individuals by name.

This explains why the division of tribes and their banners are mentioned in the census of Bamidbar, and not in that of Shemos.1 The ability to identify oneself in connection with a particular tribe and represented by a particular banner, further enhances a person’s sense of individuality.

Every sin contains two elements: the destructive nature or consequences of the act itself, and the rebellion or defiance towards Hashem involved in doing the act. In our court of law, we punish a person for his actions. In the Heavenly Court of Law punishment is not administered based upon the actions of the individual, rather on the degree of rebelliousness involved in the act. During a person’s adolescent years he grapples with discovering his own identity. There tends to be a focus on his individuality, which can manifest itself in non-conformity and rebelliousness. At the age of thirteen a person is accountable for the consequences of his actions and will be punished in a court of law. However, the Heavenly Court will not punish a person until he is twenty, for the rebelliousness that he shows is not a rejection of, nor a direct affront to Hashem; it is an outgrowth of his struggle for self-expression and individuality. By the time a person has reached twenty years of age, he is able to conform to society at large and focus on the needs of his community. Only then is he ready to be counted as one of “Adas Yisroel”, the community of Israel.

The Talmud relates a story concerning a gentile who, while passing by a house of study, overheard the description of the Kohein Gadol’s garments. He then went to the great Sage Shammai requesting to be converted so that he may become a Kohein Gadol. Shammai, unimpressed with the motivations of this individual, sent him away. The gentile then appeared before Hillel with the same request. Hillel converted him, but informed him that before becoming a Kohein Gadol, a person must study all of the laws pertaining to the High Priest position. When the convert reached the verse which records the prohibition of a “zar”, literally “stranger” to perform the Priestly service, he inquired as to the type of person to which the Torah is referring. Hillel answered that even King David, ruler of Israel, was prohibited from serving in the Beis Hamikdash, for he was not of Priestly lineage. The convert realized that if the monarch of Israel could not perform the Service, for a convert to perform the Service would be inconceivable. The Talmud concludes the story by stating that this individual praised Hillel for his tolerance and expressed his gratitude for being accepted as a member of the Jewish people.1

The Rambam rules that a conversion is only permitted if the person wishing to convert is not motivated by any external factors. If a person requests to convert for honor, wealth, or marriage, his request should be denied.2 Therefore, asks the Maharsha, since the gentile was motivated by his desire to become a Kohein Gadol, how could Hillel have converted him based upon his initial request?3

The Mishna in Pirkei Avos states that we should not behave as servants who work for reward.4 However, Rav Chaim Velozhiner points out that Hashem’s purpose in Creation was to benefit mankind. The system of rules to which man is subject serves to allow man the sense that he has “earned” the right to Hashem’s benevolence. How then, can the Mishna say that the basis for our service of Hashem should not be reward?5 Furthermore, there appears to be a contradiction between the above Mishna and the following Mishna: “One should perform the mitzvos that have the appearance of being less stringent with the same care as one would perform those that appear more stringent, for the reward of each mitzva is not known.”6 The implication is that if we would know with certainty which mitzvos have greater reward, then performance of those mitzvos would be stressed. How do we reconcile this implication with the message of the first Mishna which states that our motivation to serve Hashem should not be reward?

There are two different and opposite reasons to give reward. One reason to give reward is as an incentive or compensation, as in a business setting. In such a case there exists an adversarial relationship; the business owner requires a task to be performed, and his employee, although he would prefer not to, performs the task because he is motivated by the money that he will receive. The owner would prefer not to part with his money, but then his employee will not do the job. Therefore, the money symbolizes the adversarial nature of this relationship. The second reason to give reward is to signify the closeness and appreciation that the person giving it feels for the person receiving it. In this case, the person receiving the reward is not motivated by it, rather, he uses the reward as a method of calibrating the relationship.

The first Mishna uses the term “peras” to express reward. “Peras” refers to an object which is broken off from its source. If reward is used in an adversarial relationship, there is a separation between the two parties and the reward reflects this separation. It divides rather than binding the two parties, and is therefore, described as “broken off”. The reward mentioned in the second Mishna is called “sechar” This term reflects the closeness of a relationship. The desire to receive “sechar” is not viewed with disdain; on the contrary, since the motivation that a Jew should have in serving Hashem is to become close to Him, “sechar” is the manner by which we gauge that this goal has been achieved.

Shammai perceived that the convert’s only motivation to become a Jew was the honor connected to being a Kohein Gadol. Therefore, he dismissed him abruptly. Hillel realized that the gentile was seeking to serve his Creator in the greatest possible manner. His desire to be a Kohein Gadol was motivated only by his wish to be close to Hashem. Therefore, he was an appropriate candidate for conversion.