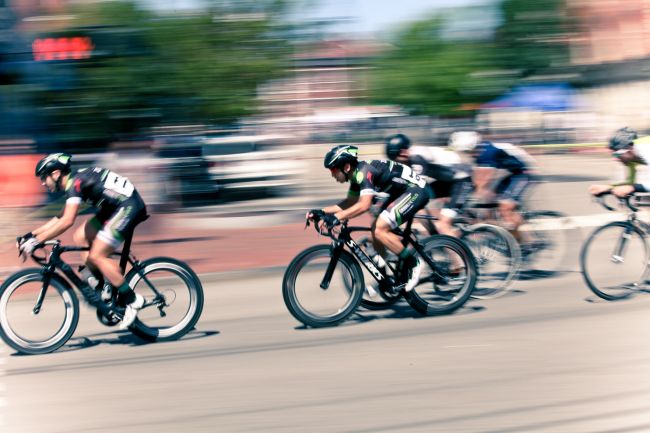 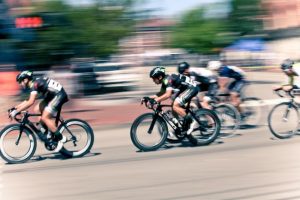 The literal interpretation of the verse is that one should approach the preparation of the matzos with extreme caution, for the slightest delay could cause the dough to become “chameitz” – “leavened”, thereby invalidating the matzos for use on Pesach. Rashi cites a Midrashic interpretation which states that by changing the vowels, the word “matzos” can be read as “mitzvos”, making the verse an injunction requiring us to perform all mitzvos with “zrizus” – “alacrity”; When a person has the opportunity to perform a mitzva, he should not allow it to become “leavened”, rather he should perform it immediately.

If a woman sends her child to buy some groceries, he goes out of a sense of obligation to his mother. If, when he returns, his mother informs him that she forgot a certain item, the child will make another trip to the store, albeit reluctantly. If this scenario persists, each time the mother asks him to make another trip, the child’s reluctance will build, until he will get to the point where he resents his mother having asked him to go in the first place. He may, in fact, even voice his resentment by speaking disrespectfully to his mother. It would have been preferable for his mother not to have asked him to go altogether, for what began as an act of respect, spiraled into a flagrant display of disrespect. However, if the mother would offer her child a monetary incentive, then the child would perform the task happily. The explanation for this is as follows: The longer a person performs a task with resistance, the greater his reluctance will be. He will reach a point of such great resentment, that he will loathe performing this task. However, incentives would alleviate his reluctance, and he may even come to enjoy performing the task.

Last week’s parsha, Parshas Va’eira contains seven of the ten “makkos” – “plagues” inflicted upon Miitzrayim. Parshas Bo records the remaining three. Why are the makkos divided over two parshios? The preamble to the three makkos in this parsha includes Hashem’s instruction to Moshe to appear before Pharaoh as well as the requirement to relate to our children the miracles which Hashem performed on our behalf. Both of these messages are applicable to all ten makkos; why are they recorded at this juncture?

Bnei Yisroel were commanded to apply the blood of the Pascal lamb to their door posts and lintels.1 The merit of fulfilling this commandment would protect them from harm during “makkas bechoros” – “the death of the firstborn”. Furthermore, at the time of the makkah the verse states that Hashem “pasach” – “passed over” the Jewish-owned houses. Rashi comments that “pasach” also translates as “had mercy”.2 All of the previous plagues struck only the Mitzrim and no special protection was necessary. Why did makkas bechoros require new merit and an extra measure of mercy?

Rashi cites a Midrash which states that the ten makkos followed a calculated war strategy. When an attacking army wants the enemy to capitulate, they begin by cutting off their enemy’s water supply. If the enemy refuses to submit, psychological warfare is waged to bring them to their knees. Similarly, Hashem first attacked the Mitzrim’s water supply. Failing to submit brought upon the Mitzrim the frogs which emitted a terrible sound, instilling the entire nation with fear. The Midrash offers a second explanation as to Hashem’s motivation for bringing the ten makkos. The makkos inflicted upon Pharaoh were directed at all the elements which he used to enslave Bnei Yisroel. The plagues were a concerted punitive action against the Mitzri enslavement machine.3 What emerges from these two Midrashim is the understanding that the plagues served a dual purpose; they were used to force Pharaoh to submit to the will of Hashem and they were punitive in nature, punishing the Mitzrim for having enslaved the children of Hashem.

Although after the seventh plague Pharaoh had already capitulated proclaiming “Hashem is the Righteous One, and I and my people are the wicked ones”,4 Moshe was informed that Hashem had strengthened Pharaoh’s resolve not to set Bnei Yisroel free. It now becomes apparent that there is a second purpose to the makkos, for even after Pharaoh had acceded to Hashem’s demands, the plagues continued. This purpose is the fulfillment of Hashem’s promise to Avraham “But also the nation that they shall serve I will judge”.5 The punishment is not complete until after all ten makkos have been meted out. The demarcation of the parshios represents the two dimensions of the makkos. Since the focus of the first seven is the submission of Pharaoh whereas the remaining makkos are solely punitive in nature, this is the appropriate juncture for the division of the parshios.

When the basis of the plagues was to elicit Pharaoh’s submission, Bnei Yisroel did not require their own merit as protection. However, when the plagues became purely punitive in nature and the Attribute of Justice was unleashed, Bnei Yisroel themselves became subject to scrutiny and required their own merit to ward off retribution. Moshe, aware of this, was reluctant to go before Pharaoh after the seventh makkah. Thus, it became necessary for Hashem to instruct Moshe that he must inform Pharaoh that the plagues would continue. The Attribute of Justice manifested itself in the plague of darkness; Rashi cites the Midrash which states that eighty percent of Bnei Yisroel were decimated under the cover of darkness so that the Mitzrim would not witness their punishment.6 The message which we relate to our children is that aside from sending forth miracles against Mitrayim to ensure our emancipation, Hashem also punished the Mitzrim for having enslaved us.