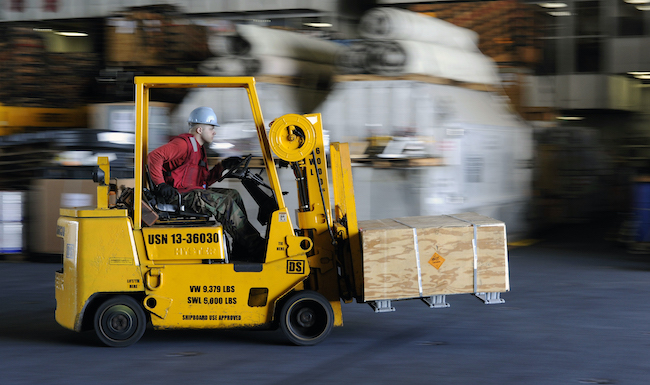 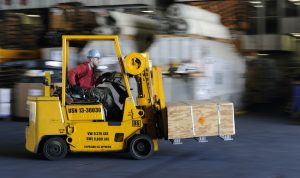 “When you reap the harvest of your land, you shall not remove completely the corners of your field as you reap and you shall not gather the gleanings of your harvest; for the poor and the proselyte shall you leave them…” (23:22)

The latter portion of this week’s Parsha deals extensively with the festivals. In the midst of the chapter of the festivals, the Torah introduces the laws concerning leaving crops for the poor. Rashi cites the Midrash that questions why these laws are repeated, having already been discussed in Parshas Kedoshim. Furthermore, why are these laws specifically repeated in the middle of the section regarding the festivals? The Midrash answers that since the festivals were a time when offerings were brought up to Yerushalayim by the Jewish people, the Torah is teaching that a person who leaves for the poor “leket” – grain which falls from the harvester and “shikecha” – grain which is forgotten by the harvester, and “pe’ah” – a corner of the field that is left for the poor, is considered to have built the Beis Hamikdash and offered Korbanos within it.1 Why are these particular gifts, leket, shikecha and pe’ah singled out from amongst the many forms of charity? Furthermore, what is the meaning of the comparison to the building of the Beis Hamikdash and the bringing of Korbanos?

The commentaries explain that when Hashem commanded us to build the Mishkan, He did not use the words “yitnu li” – “give to Me”, rather “yikchu li” – “take on My behalf” for we cannot give to Hashem; we acknowledge that the wealth we possess is really His, and therefore, we built the Mishkan with that which was His.3 This concept holds true for Korbanos brought in the Beis Hamikdash as well. We do not “give” Korbanos to Hashem; rather, through the symbolic gesture of bringing a Korban, we acknowledge that what we have is really His.

Almost all forms of charity involve giving to a poor person. This action often provides the person giving with a feeling of magnanimity, and can skew his perception so that he feels he is giving that which belongs to him. Leket, shikecha and pe’ah are unique forms of charity in that the landowner does not give anything to the poor; he is forbidden to collect the produce involved, thereby preventing him from determining who will receive it. The landowner is commanded to leave the produce where it is and allow any needy person who wishes, to take it for himself. This procedure drives home the concept to the landowner that he does not control the wealth; rather, charity is merely the means by which Hashem distributes His wealth. When a person fulfills these mitzvos, which are the most difficult forms of charity for they preclude the feeling of satisfaction from having actually given, it is as if he built the Beis Hamikdash and offered Korbanos; the comparison is clear, for these actions also require a person to comprehend that he is merely the conduit through whom Hashem redistributes that which is His.

Removing the Weak Links to the Weeks

The Talmud teaches that during the period between Pesach and Shavuos twenty-four thousand disciples of Rabbi Akiva perished. Therefore, the accepted custom is to observe some aspects of mourning during this period. The reason given for their deaths is “shelo nahagu kavod zeh lazeh” – “they did not show respect to one another”.1 Presumably, this deficiency was not restricted to the time period between Pesach and Shavuos. Why was it necessary for them to be punished particularly at this juncture?

The Torah teaches that the counting of the Omer should begin “mimacharas haShabbos” – literally “from the day after Shabbos”. The interpretation of this verse is the source for a major dispute between the Perushim, those who follow the oral interpretation of the Torah, and the Tzedukim who follow the literal interpretation of the Torah. The Tzedukim rule that the seven weeks until Shavuos begin on the Sunday following the onset of Pesach. In accordance with the Rabbinical tradition, the Perushim interpret the term “Shabbos” in the verse as the first day of Pesach. Consequently, the count until Shavuos begins on the second day of Pesach, irrespective of the day of the week on which it falls.2 Why does the Torah refer to Pesach as “Shabbos”, allowing for such a dispute to arise?

The time period beginning with Pesach and culminating with Shavuos marks the preparation process for “kabolas haTorah” – “the receiving of the Torah”. At the Sinaitic Revelation, Bnei Yisroel received not only the written text, the “Torah sheb’ksav”, but the Oral Tradition, the “Torah sheba’al peh” as well. This tradition was to be transmitted from generation to generation by the Sages of the time and without it, the written text would be rendered incomprehensible. To punctuate the importance of the Oral Tradition the Torah begins the process that leads to its inception in a manner which requires the interpretation of the Sages; without their interpretation an incorrect conclusion as to when the Torah was received would be drawn.

The Talmud attests to the foolishness of people who rise for a Torah scroll but refuse to rise for a Torah scholar.3 A Torah scholar is the amalgamation of both the written and Oral Torah and is the source of its transmission for his generation. The Torah is not transmitted through the written text and as such the written text cannot ensure the Torah’s continuity. It is only our Sages and scholars, the links to the tradition of the past generations who can ensure the continuity of Torah for the generations to come. Therefore, scholars should be shown as much, if not more reverence than a Torah scroll.

For the integrity of the Oral Tradition to be maintained it is of the utmost importance that the Sages display the appropriate respect toward one another. If the scholars treat each other disparagingly, they undermine the very message which they are supposed to transmit. The students of Rabbi Akiva were the greatest Sages of their generation, and their deaths caused a dearth in Torah study for Bnei Yisroel.4 Their behavior towards one another undermined the Oral Tradition which they were responsible to transmit; with the integrity of the Oral Tradition undermined, acceptance of the entire Torah was threatened. This message is underscored by the fact that the students’ deaths occurred during the time period which leads up to the acceptance of the Torah.