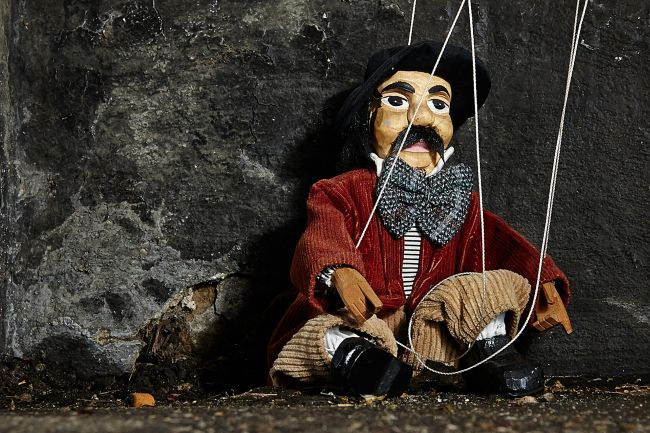 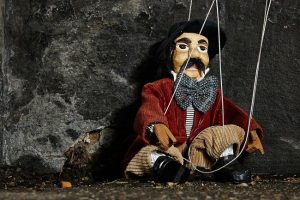 The Torah stipulates that the tzitzis should serve as a reminder of our obligation to perform all of the mitzvos. Rashi explains that the numerical value of the word tzitzis is six hundred (“tzadi” is ninety, “yud” is ten, “tzadi” is ninety, “yud” is ten and “taf” is four hundred), and when we add the eight threads and five knots, we reach a total of six hundred thirteen, corresponding to the six hundred thirteen mitzvos in the Torah.1 The Ba’alei Tosafos question how Rashi arrives at the number six hundred for the word “tzitzis” when the spelling of the word from the Torah contains only one “yud”. The answer given by the Ba’alei Tosafos is that the word “tzitzis” is recorded in the Torah three times, and on one of those occasions the word is written “letzitzis”, with a “lamed” which adds an additional value of thirty; by dividing the number thirty into three, for the number of times “tzitzis” is written, we restore the correspondence between the word “tzitzis” and the number six hundred.2 It seems highly unlikely that upon seeing the tzitzis a person will make these intricate calculations leading him to remember all of the mitzvos of Hashem. Why is remembering the mitzvos expressed in this type of manner?

The Ramban questions Rashi’s explanation that we should include the five knots and eight strings in order to reach a total of six hundred thirteen, for the Talmud teaches that the Torah-mandated obligation of tzitzis involves only the top knot, while the other four are Rabbinically mandated. Therefore, how can Rashi include all five knots in the calculation which is made to fulfill the Torah’s obligation of remembering the mitzvos?3

Rashi teaches that the mitzva of tzitzis is equal to all of the other six hundred twelve mitzvos in the Torah. This creates a unifying thread between tzitzis and the other two mitzvos in the parsha, refraining from idol worship and observing the Shabbos, which have the same quality.4 It is understandable that performing idol worship is equivalent to violating the entire Torah, for it negates Hashem’s supremacy, as is violating the Shabbos, for Shabbos is the affirmation of Hashem as Creator of the universe. What is the basis for tzitzis being equivalent to all of the other mitzvos? Furthermore, a person is not even obligated to wear tzitzis; the requirement of tzitzis from a Torah perspective is only applicable if a person wears a four-cornered garment. How can a mitzva which is not even a constant requirement be so important?

Aside from the perfunctory elements of the mitzva of tzitzis, the mitzva contains another more fundamental concept. The commentaries explain that tzitzis is akin to a uniform which identifies a slave as belonging to his master.5 Consequently, it is no coincidence that tzitzis is included as a part of the reading of Krias Shema, for wearing tzitzis indicates an ongoing reaffirmation of the acceptance of the yoke of Heaven. It is the extension of the declaration made in Krias Shema. In order to increase the efficacy and potency of the tzitzis as the tool by which a person remembers and reaffirms his commitment to perform the six hundred thirteen mitzvos, i.e the expression of his acceptance of the yoke of Heaven, the Torah states “ve’asu lahem tzitzis” – “and they shall make for themselves the tzitzis”.6 This means that the reminder does not stem from looking at the tzitzis after donning them, rather the Torah requires that our Sages create a reminder from the tzitzis itself. When a person ties a string around his finger in order to remind himself of something of great significance, it is not the string which is of primary importance, rather that which it is meant to remind him of. Similarly, the Torah instructs our Sages to find symbolic references within the tzitzis so that donning tzitzis itself will be a reminder of our acceptance of the yoke of the Almighty. Therefore, if need be, we can make elaborate calculations, including even Rabbinically mandated stipulations to assign the tzitzis the symbolic representation of the acceptance of all of the mitzvos. It is far more effective a reminder if we are the ones who create the symbolism ourselves.

It is for this reason that the Torah does not mandate wearing tzitzis; if the Torah had, the effectiveness of the tzitzis as a reminder would have been dampened, for the reason to wear the tzitzis would have devolved into an act which is done only to fulfill the Torah imperative. A Rabbinical creation of the constant obligation to wear tzitzis is more effective as the reminder for we have designated its symbolism. Since tzitzis contains the fundamental principle of acceptance of the yoke of the Almighty, it can be grouped with refraining from idol worship and keeping Shabbos.

This week’s parsha introduces the episode of the spies who spoke disparagingly concerning Eretz Yisroel. As a result of the spies’ actions the entire generation of Bnei Yisroel who accepted their evil tidings were doomed to die in the desert.1 Rashi explains that the reason why this parsha is juxtaposed to the story of Miriam’s affliction with tzora’as recorded at the end of last week’s parsha, is that the spies should have taken a lesson from Miriam regarding the consequences of speaking Loshon Horah.2 The prohibition of speaking Loshon Horah is amongst the most severe offenses recorded in the Torah. The Chofeitz Chaim enumerates the many positive and negative precepts violated when engaging in Loshon Horah.3 Why did the spies, who where the greatest leaders of the generation, require the incident with Miriam to teach them a precept which is clearly delineated in the Torah?

The Torah identifies the sin of the spies as “vayatziu dibas ha’aretz asher taru osah” – “and they presented evil tidings concerning the land that they had spied out”.4 Although we can infer that giving such a negative account of Eretz Yisroel reflected the spies’ deep-rooted lack of faith in Hashem’s ability to fulfill His promise that Bnei Yisroel would enter Eretz Yisroel, the Torah focuses upon the Loshon Horah spoken concerning the Land.5 Based upon this verse, the Chayei Adam records speaking disparagingly about Eretz Yisroel as a separate prohibition. Why is it so grievous an offense to speak Loshon Horah regarding a piece of land; an inanimate object?

In last week’s parsha, immediately after recording the Loshon Horah which Miriam spoke against Moshe, the Torah states “veha’ish Moshe anav me’od” – “and the man Moshe was exceedingly humble”.6 What is the connection between the two verses? Speaking Loshon Horah is generally portrayed as “bein adam l’chaveiro” – “a sin against society”, the heinous nature of the sin reflected by its anti-social repercussions. Although the aforementioned is valid, the Torah is revealing to us that the most destructive force which is unleashed when we engage in Loshon Horah is the damage we inflict upon ourselves. The Torah records the exceedingly humble nature of Moshe immediately after Miriam’s criticism of him to teach us that he was completely unaffected by her comments. The damage caused by Miriam’s words was the damage she caused herself. Loshon Horah causes part of the transgressor to die; this is reflected by the tzora’as – dead flesh, which is a natural by-product of the transgression. Consequently, Aharon pleaded with Moshe to pray for their sister, “al na sehi kemeis” – “let her not be like a corpse”.7

This message was not apparent until the story of Miriam, when it became evident that a person has violated the sin of Lashon Horah even if the subject of the tidings is unaffected. This should have prevented the spies from speaking Loshon Horah, even against an inanimate object.