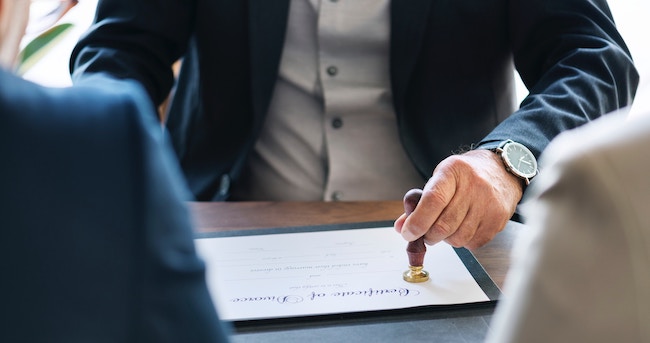 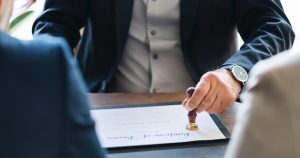 “He encountered the place and he spent the night there…” (28:11) The Talmud teaches that each of the Patriarchs was responsible for instituting one of the daily prayers. Avraham instituted Shachris, the morning prayer, Yitzchak instituted Mincha, the afternoon prayer, and Yaakov instituted Maariv, the evening prayer.1 According to the Talmud, while Shachris and Mincha are obligatory, Maariv is only an elective.2 (The Rambam explains that today Maariv is a fixture in our daily prayer schedule since we accepted it upon ourselves as such.3)

Chazal refer to Yaakov as the , the chosen amongst the Patriarchs. He is viewed as having perfected and incorporated all the strengths of his father and grandfather. It is therefore difficult to understand why the greatest of the Patriarchs should be responsible for instituting the least significant of the prayers, Maariv. Rashi, in his commentary on Tractate Berachos, compares saying the Shemoneh Esrai to a person knocking at the king’s door in order to request assistance.4 For a person to have the audacity to knock on the King’s door three times a day, he must have unique credentials. The credentials we come to Hashem with are the merits of our forefathers, the Patriarchs. This explains why we recite the section known as “Avos” – “Patriarchs” prior to the blessings which involve requesting assistance. Each Patriarch serves as our credentials for the particular prayer that he instituted. Therefore, in order to summon the King with the least significant prayer, we need the greatest of the Patriarchs to assist us.

When Yaakov encountered Rochel for the first time, the Torah relates that he cried. Rashi cites a Midrash explaining that Yaakov foresaw through prophetic vision that Rochel would not be buried with him.1 What is the significance of their being buried together? Additionally, the Talmud derives some of the laws of marriage from the acquisition of the field of Efron.2 Why are the laws of marriage derived from the acquisition of a burial plot? The Tosafos Yeshanim asks why Seder Nashim, the order of Mishnayos involving the laws pertaining to women and their relationships, begins with Tractate Yevamos – the Levirate Laws, which presuppose that there was a marriage. Should not Kiddushin – the laws of marriage come before Yevamos?3 The Ramban explains Yibum – the Levirate Law in the following manner: The deceased brother continues the marriage with his wife posthumously through his living brother.4 From this it is clear that the Jewish notion of marriage is that the bond is an eternal one; death does not end a marriage. When beginning Seder Nashim, Rebbe Yehuda Hanassi, the compiler of the Mishna, records the laws of Yibum prior to the laws of marriage, for Yibum defines the Jewish concept of marriage as eternal. Only once the definition of marriage has been established, does he record the specific laws pertaining to marriage. Avraham Avinu was searching for a burial plot which would insure that he would be buried next to Sarah. Rashi explains that the name “Cave of the Machpeilah” comes from the word “kaful” – “double”6. This cave was for the burial of pairs, husband and wife.5 Burying a man next to his wife reflects the eternality of their union. Therefore, Avraham’s purchase of the Cave of Machpeilah is an appropriate source for deriving the laws of marriage. When Yaakov saw that he would not be buried together with Rochel, he cried, for he sensed that this signified a lack in the eternality of their relationship.

According to the Talmud, Yaakov gave Rochel a secret message that would identify her on their marriage night. He did this in order to prevent Lavan from substituting Leah for Rochel. When Rochel realized that Leah would be publicly humiliated if she could not give Yaakov the message, Rochel revealed the secret words to her.1 The Daas Zekainim cites a Midrash which says that in the morning, when Yaakov realized that the woman with him was Leah and not Rochel, he asked her, “Why have you tricked me into believing that you were Rochel?” Leah responded, “It is from you that I learned to do so. Did you not pose as your brother in order to receive the blessings?”2 How do Yaakov’s actions substantiate Leah’s? Later in the Parsha, Reuvein, Leah’s eldest son brings her Dudaim, a plant that, according to some commentaries increases the chances of conception. Rochel asks Leah to give her the Dudaim, to which Leah retorts, “Is it not enough that you took my husband? Now you want to take my son’s Dudaim?”3 How could Leah make such a statement when the only reason that she was married to Yaakov was because of Rochel’s kindness toward her? To begin answering the aforementioned questions, we must first answer another question: Why are there four Matriarchs and only three Patriarchs? The answer is that there were supposed to be four Patriarchs. Eisav had the potential for becoming an Av. It is only due to his making the wrong choices that he lost this right. Yaakov filled the void created by Eisav and functioned as two Avos. He was therefore given a second name, Yisroel.4 Rashi teaches that originally Leah was destined to marry Eisav, and Rochel, Yaakov.5 When Leah saw that Yaakov took over the mantle of Eisav, Leah realized that Yaakov became her soul mate. This is what she alluded to when she told Yaakov, “It is from you I learned. Since you substituted for Eisav, taking his blessings and birthright, you have become my soul mate.” Her argument to Rochel was that it was not due to Rochel’s kindness that Leah married Yaakov; it was Leah’s right once he assumed Eisav’s role. Leah therefore felt justified in criticizing Rochel for having taken away her husband. It is interesting to note that the children who issued forth from Leah had many of Eisav’s characteristics and propensities. Dovid Hamelech, a descendant of Leah’s son Yehuda, is described as “Admoni”, – “of ruddy complexion”.6 This is the same description the Torah gives for Eisav.7 Shimon and Levi were involved in shedding blood, and were admonished by Yaakov for having used Eisav’s craft.8 Leah praised Reuvein for perfecting character flaws which his uncle Eisav displayed.9 A perusal of the verses with Rashi’s commentary shows many examples of this nature. The reason for this phenomenon is as follows: Leah was initially Eisav’s soul mate. Therefore she had many of the same propensities found within Eisav. Whereas Eisav was not able to channel these propensities correctly, it was left up to Leah’s offspring to do so.