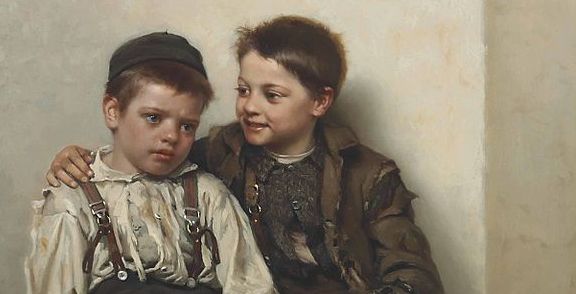 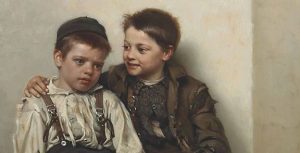 When Yosef revealed himself to his brothers, the verse records that the brothers were unable to answer him due to an overwhelming sense of embarrassment. The Midrash teaches that from the brothers’ reaction, it is clear that Yosef was giving them tochacha,” -“reproof” for having sold him.1 This interpretation is further strengthened by the fact that on several occasions the brothers mentioned that Yaakov was alive; thus, Yosef’s question must have had other implications.

Many of the commentaries discuss how the words “Does my father still live” imply rebuke. Some understand that Yosef was really saying to them, “How did you expect my father to survive after all the grief and suffering you forced him to endure?” The Bais Halevi takes this interpretation a step further. He understands that Yosef was chiding Yehuda, saying, “You asked me to have mercy on your father and release

Binyamin; why is it that you yourselves did not show him mercy when you sold me?”2 The purpose of reproof is not to belittle or embarrass a person, rather to show him that he has erred and that he should correct his ways. If we directly attack the wrongdoer, there is a good chance that we will be met with a reaction which is the opposite of what we want. Very often, when a person is confronted concerning a transgression which he has committed, he raises his defenses and continues to display the malevolent behavior, in order to enforce the fact that he does not consider such behavior to be wrong. Therefore, effective rebuke cannot be achieved by directly challenging and attempting to belittle the perpetrator. Accordingly, how is it possible that Yosef would choose to reprimand them in such a manner? Another question that can be asked is: If the rebuke relates to their lack of sensitivity towards their own father, why did Yosef ask whether “my father” is still alive, rather than whether “our father” or “your father” is still alive?3

Perhaps the following explanation can be offered: One form of effective reproof is focusing on the victim’s pain rather than on the wrongdoing of the transgressor. By not directly challenging the perpetrator, he is not forced to raise his defenses. When he sees the suffering that has been caused by his actions, he comes to the understanding that he has behaved inappropriately.

The fact that “Does my father still live” was the first question that Yosef asked his brothers, indicates that what most concerned him for the previous twenty-two years was being distant from his father. His query should be interpreted as an outpouring of his own personal grief over being in a position where it is impossible to maintain a loving relationship with his father. The brothers were filled with shame, not because Yosef directly chastised them, rather as a result of understanding the grief that their actions had caused. This makes the

reason why Yosef focused on my father rather than your father clear. He was expressing his grief over the loss of his personal relationship with his father.

And they told him, saying ‘Yosef is still alive. He is the ruler of all Egypt’ and his heart became numb, for he did not believe them” (45:26)

The verse states that when the brothers revealed to Yaakov that Yosef was still alive, he did not

believe them. The Midrash comments that “such is the fate of the liar – even when conveying the truth he is not believed”.1 Since they had lied to Yaakov earlier concerning Yosef’s fate, Yaakov refused to believe them this time. When Delilah was attempting to discover the source of Shimshon’s great strength, Shimshon initially gave her false information. When he finally told her the true source of his strength, the verse states that she knew immediately that he was not lying.2 The Talmud comments that the reason

for this is “nikarim divrei emes” – “the truth is clearly discernable”.3 Why is it that Yaakov refused to believe his sons because of their previous falsehood, whereas Delilah was able to discern the truth in Shimshon’s words, although he had been untruthful in the past? How do we reconcile the axioms “such is the fate of the liar – even when conveying the truth he is not believed” and “the truth is clearly discernable”? There are two kinds of liars; one is a person whose sole motivation is to mislead the listener with the falsehood that he is conveying, and the other actually believes the falsehood to be a reality. The terms for these two types of liars are “shakran” and “badai” respectively. The term “badai” is also used by the Talmud to reflect certain expressions formulated by the Sages which create a vow or oath, a new reality – “lashon asher badu chachamim” which means “expressions formulated by the Sages”.4

The Midrash referring to Yaakov states that such is the fate of a badai. According to the commentaries, Yosef’s brothers convened a Beis Din which judged Yosef as guilty and sentenced him to death.5 In their eyes, selling Yosef to the Midianites was the manner by which to carry out the sentence without actually having to kill Yosef with their own hands. Therefore, when they informed Yaakov that Yosef had been killed, they were so convinced that they had done the right thing, that they believed that Yosef, in reality had been killed. They were sure that Hashem must have carried out their sentence for them. Therefore, the brothers were bada’im, they believed their own falsehoods, and consequently, Yaakov did not believe them. The lies of a person who believes his own falsehoods cannot be distinguished from the truth. Shimshon is described as speaking “kezav” or “sheker”, when he attempted to mislead Delilah.6 He himself did not believe the lie. Therefore, when he told the truth, it was discernable – “nikarim divrei emes”.