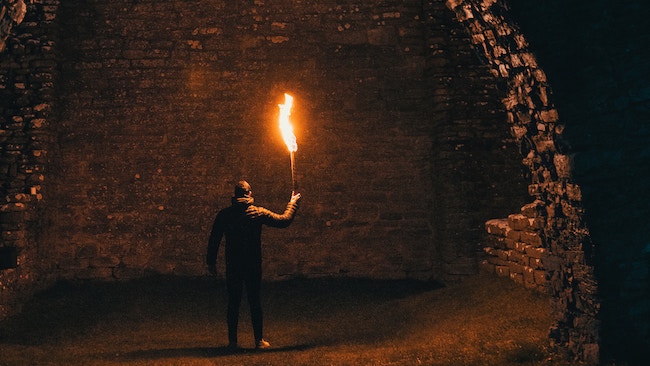 The Passing Of The Torch 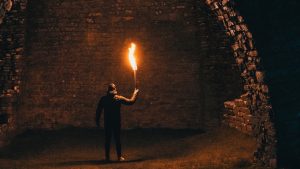 “Yitzchak went out to pray in the field towards evening”(24:63)

In order to answer the aforementioned question, we must understand why it is that the Patriarchs and Matriarchs disappear from the Torah without any record of the latter portions of their lives.

Generally, we perceive that an “Av” – Patriarch is a title which, once conferred, remains with the individual for the duration of his life. However, this is not correct. Having the title of Av means that the individual’s actions have an impact on the formation and propensities of Klal Yisroel, but this appellation does not last for the duration of the individual’s life. When Yitzchak became the Av, Avraham ceased to function as an Av. The impact for the future was then decided by Yitzchak. Nearly no information concerning the last forty years of Avraham’s life is recorded in the Torah, for at that point, Yitzchak had already become the Av.

The Talmud is teaching us that Yitzchak established the afternoon prayer with the power of an Av. The proof of this is that even Avraham was required to follow his son’s institution. Referring to the afternoon prayer as “the prayer of Avraham” emphasizes that Yitzchak becoming the Av impacted not only on the future generations, but on Avraham as well who was affected by the institution of his son.

“Avraham was old, well on in years and Hashem blessed Avraham with everything”(24:1) The Talmud notes that the juxtaposition of the statements “Avraham was old” and “Hashem blessed Avraham with everything” are not coincidental. Until Avraham’s time, there was no concept of aging. Since Yitzchak resembled Avraham, whoever wanted to speak to Avraham, spoke to Yitzchak and vice versa. Therefore, Avraham prayed to Hashem to incorporate aging into a person’s life span in order to prevent this confusion. Hashem acquiesced to Avraham’s request; this is included in Avraham’s being blessed with everything.1

The Tosafos Rid comments that we find numerous verses in the Torah which show that aging did exist, even prior to Yitzchak’s birth, such as “and I am old” and “and Avraham and Sarah were old”.2 The Maharsha adds “and my master is old” and “both young and old” to the list of verses. 3 Some commentaries suggest that, although people became old, it was not physically recognizable, and Avraham requested that one’s age should be physically discernible.4

This answer, however, is difficult to understand. Following the sin of Adam, man’s physical existence became finite; the body was doomed to a state of decline. Why would this state of decline not be visible? Additionally, from the verses themselves, we find that age had a visible affect on one’s body. Sarah, upon hearing that she would give birth, commented “After I am all wrinkled, should I again have delicate skin?”5 Clearly, even prior to Avraham’s request, aging was visible upon a person.

Perhaps Avraham’s request was not related to a person’s physical state. What Avraham noticed was that people would speak to him as they would speak to Yitzchak. This meant that no one had an appreciation for the sagacity of old age. Avraham wanted a person to be appreciated for his life experiences. The Talmud states that even non-scholars who are aged, must be respected for the experience that they have endured in their lifetime.6 It was this appreciation that Avraham requested of Hashem to instill in mankind, to which the verse attests that he was answered: Avraham was old and Hashem had blessed him with everything.

“And the field with its cave was confirmed as Avraham’s property…” (23:20)

The Ibn Ezra is troubled by the fact that the Torah finds it necessary to record Avraham’s purchase of a burial plot for Sarah. He therefore concludes that the Torah is teaching us the distinction of being buried in Eretz Yisroel. Furthermore, he says that the Torah emphasizes this purchase, for it marks the beginning of the fulfillment of Hashem’s promise to Avraham, that Eretz Yisroel would be his.1 The Ramban disagrees with both premises. While it may be true that burial in Eretz Yisroel carries distinction, this cannot be derived from our parsha. If Sarah would have died outside of Eretz Yisroel, and we would have seen Avraham’s great efforts to bury her in Eretz Yisroel, then perhaps we could have drawn the conclusion suggested by the Ibn Ezra. However, Sarah died in Eretz Yisroel. Where else would Avraham have buried her? In regard to the second conclusion drawn by the Ibn Ezra, the Ramban argues, stating that the fulfillment of Hashem’s promise only began with Avraham’s descendants. 2

Why does Avraham need the children of Cheis, the Hittites to intercede with Efron on his behalf? Why did Avraham not ask Efron to sell him his field directly? Additionally, we know from earlier parshios that Avraham was extremely wealthy. It is inconceivable that a man of his stature would not own land, especially since a person’s wealth was measured by the amount of sheep and cattle he owned, which required land for grazing. Why would he not bury Sarah in one of his own lands? Avraham pays Efron with money that is described as being “over lasocher” – negotiable currency. Rashi defines this as international currency. 3 Why the need to pay in this manner?

At the conclusion of the sale, the verse states, “vayakam sadeh Efron” – “the field of Efron was confirmed” (as Avraham’s property). Rashi cites the Midrashic interpretation, which defines “vayakam” as “and it was elevated”; the field was elevated from the hands of a commoner to that of a king.4 Why is the change in status described specifically as going from a commoner to a king? Should not the change in status be reflected by the transfer of the land to the hands of a righteous person? Furthermore, would this not be true regarding every acquisition Avraham made? Why does the Torah find it necessary to emphasize the change in status by this particular transaction?

When a person acquires land, although he becomes the landowner, he is still subject to the rules and regulations of the municipality wherein his property lies. There is, however, a mode of purchase whereby one acquires not only the land, but the governing rights as well. An example of this is the United States’ acquisition of Alaska from the Soviet Union. This is referred to as a sovereign purchase. It is this form of acquisition that Avraham Avinu is attempting to make. During Avraham’s lifetime the land was Eretz Canaan; it was under the sovereignty of the nations who lived there, and therefore, it lacked the sanctity of Eretz Yisroel. Avraham wanted to bury Sarah in Eretz Yisroel, not Eretz Canaan. He therefore could not bury Sarah in one of his own properties, for his properties were in Eretz Canaan, under the jurisdiction of the Hittites. The only manner in which he could accomplish a sovereign acquisition was if the Hittites would agree to relinquish sovereignty to Avraham. This explains why the children of Cheis were a necessary party for the transaction. When making a sovereign acquisition a person uses international currency, not the currency of the sovereignty from which he is attempting to withdraw.

The distinction of being buried in Eretz Yisroel is now apparent. Sarah died in Eretz Canaan, but Avraham buried her in Eretz Yisroel. This purchase signified the beginning of the fulfillment of Hashem’s promise, that Eretz Yisroel will belong to Avraham and his descendants. It is this sovereign acquisition that the Midrash refers to when interpreting the words “vayakam sadeh Efron”. Efron’s field was elevated from the hands of a commoner to those of its new sovereign ruler, Avraham.