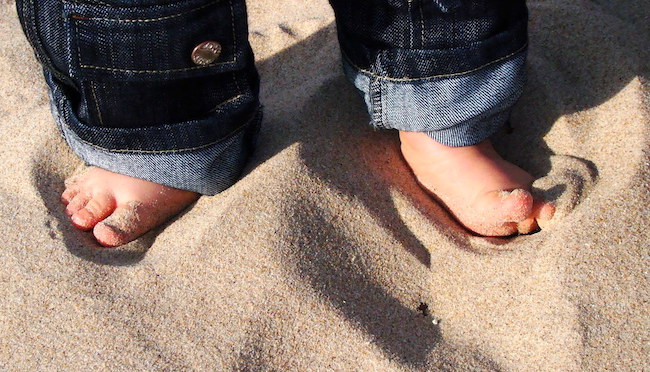 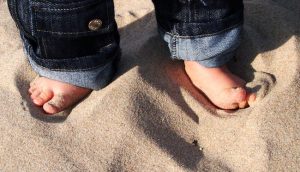 This week’s parsha highlights Avraham’s tremendous zealousness in the performance of “hachnasas orchim” – “hospitality to guests”. The Torah records that Avraham, recuperating from circumcision, spared no effort making the angels who were in the guise of men comfortable. When the angels took their leave of Avraham and continued on to destroy S’dom, they encountered Avraham’s nephew Lot at the gate of the city. He too, having been raised in Avraham’s home, extended himself to perform the mitzvah of hachnasas orchim.

Contrasting the actions of these two men, Rashi notes a subtle discrepancy in their routine. Avraham offered his guests water to wash their feet prior to inviting them to enter his home, while Lot did so only after they entered his home. Citing the Midrash, Rashi offers the following explanation: Avraham thought that the men were Arabs who were accustomed to serving the dust upon their feet. This was a form of idol worship, and since he did not want to bring such an abomination into his home, Avraham asked them to wash their feet prior to entering. Lot, who did not posses this sensitivity, requested that they bathe their feet only after entering his home.1 Lot’s complete exposure to this mitzvah was due to observing Avraham for many years. Why would he have missed this nuance in Avraham’s performance of the mitzvah?

In Moshe’s blessing to the tribe of Levi, he identified two of their exemplary attributes, their aversion to idolatry and their adherence to the precept of circumcision.2 Since these two concepts are juxtaposed, it is logical that they are connected. Circumcision represents the covenant which unites the Jewish people with their Creator and expresses their awareness of the exclusionary nature of this covenant. Therefore, by definition, circumcision is the antithesis of idolatry, which denies the exclusionary nature of Bnei Yisroel’s relationship with the Almighty.

Avraham’s behavior, i.e. prohibiting people from entering his home prior to washing their feet, denotes a heightened awareness concerning idolatry. It was only after Avraham underwent circumcision that he acquired this additional sensitivity. Lot, who took leave of Avraham prior to Avraham’s entering into the covenant of circumcision, was not able to mimic this behavior, for he was not exposed to it.3

Just What The Doctor Ordered

The Rambam teaches that no person will ever attain the prophetic level of Moshe Rabbeinu.3 The Rambam explains that whereas Hashem’s communication with Moshe occurred while Moshe was fully conscious, all other prophets receive their Divine communication in a trance-like state. 4 How could Avraham have communicated with Hashem while awake?

When Avraham saw the angels disguised as men approaching, he excused himself from before the Divine presence and rushed to invite the wayfarers into his home. Based upon this incident the Talmud formulates the dictum “gadol hachnasas orchim mikabalas pnei Hashechina” – “Inviting guests into one’s home is a greater feat than receiving the Divine presence.”5 In modern times the Shemoneh Esrai is our most intimate mode of communication with Hashem. The laws governing situations which allow for an interruption in the Shemoneh Esrai are very strict; it is prohibited to communicate with any person while reciting the Shemoneh Esrai. Why is there no dispensation for the invitation of guests while in the midst of reciting the Shemoneh Esrai?

Chazal understand that since Avraham received the Divine presence in a state of complete awareness, there had to be a purpose for this visit other than the transmission of information. The purpose of bikkur cholim is to ensure that all the needs of the patient are met; the patient must be the focus of the visit, for offering him this respect helps him with his convalescence. Therefore, it was imperative that Avraham be awake for this visit so that Hashem could fulfill the mitzva of bikkur cholim. Rashi comments that to spare Avraham the burden of receiving guests, Hashem raised the temperature so that the heat would keep travelers away. When He saw Avraham’s distress at being unable to perform his daily mitzva of hospitality, Hashem sent angels, catering to Avraham’s needs in the most personalized manner. 6

Since the purpose of Hashem’s visit was for Avraham’s benefit, Avraham showed no disrespect by leaving the Divine presence in order to cater to his guests’ needs. If the purpose of the visit would have been solely for the transmission of information, it would have been prohibited for Avraham to break off the communication in order to cater to a human being. Similarly, it is prohibited to communicate with another person when reciting the Shemoneh Esrai, for it would be highly disrespectful to turn away from Hashem, especially after having initiated the communication.